While speaking with a coworker who shares a love for the macabre, we both realized our obsession originates from the same place — our horrible fathers.

Her father showed her Alfred Hitchcock’s Psycho when she was 6 years old, and when I was that age, my old man thought it would be funny to show me the ’90s horror mockumentary phenomenon, The Blair Witch Project. Even more twisted, he insisted that it was 100% genuine footage discovered by the authorities and later released to the public.

Much to my mother’s chagrin, I was raised on the genre and embarked on a 20-year-long love affair with masked maniacs, scream queens and all manner of things that go bump in the night.

If you lack inspiration for your Halloween horror movie marathon, you may find something in the five films I watch annually.

Mention the third entry in John Carpenter’s Halloween franchise, and some of the more uncultured members of the horror community will turn up their noses and scoff, “Ugh, isn’t that the one without Michael Meyers?” My favorite horror host and movie critic, Joe Bob Briggs, condemns it for this reason, but the standalone sequel explores something far more sinister than a dagger-toting monster in coveralls: consumerism!

When novelty manufacturing corporation Silver Shamrock debuts a catchy commercial for their new line of Halloween masks, kids can’t wait to get their hands on them. But when a crazed toy shop owner is admitted to Dr. Daniel Challis’ ward while clutching said mask and raving, “They’re going to kill us!” is murdered in his hospital room, the good doctor is thrust into an investigation of the wicked Irish company’s founder, Conal Cochran, who aims to eradicate the children of America by bewitching masks with ancient Celtic black magic.

Rife with plot holes, awful one-liners and grisly, ’80s-era special effects, this is, undoubtedly, my favorite horror movie of all time. 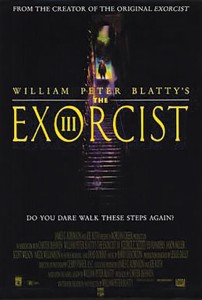 I may have a thing for threequels. Part horror movie and part procedural crime drama, William Peter Blatty’s third Exorcist installment takes place 17 years after the events of the original possession story and catches up with police Lt. William Kinderman and Father Joseph Dyer, who, on the anniversary of Father Damien Karras’ death, meet up to watch It’s a Wonderful Life.

Now, the movie is worth watching for their comedic, old-married-couple banter alone. “I can’t go home,” the deadpan Kinderman says to Dyer, proceeding to explain how his visiting mother-in-law has purchased it with the intention of cooking a live carp that’s been swimming in his bathtub for the past three days. “Now, you’re standing very close to me, Father, have you noticed? I haven’t had a bath for three days. I can’t go home until the carp is asleep.”

But things take a turn when Kinderman begins investigating a new series of slayings that boast the same M.O. of the Gemini Killer, a serial murderer who was executed 15 years prior, and consults an institutionalized man who eerily resembles the deceased Father Karris. Now, I won’t spoil it, but the events leading up to the movie’s big revelation feature some of the most dreadful atmospheres and disturbing dialogue that, to this day, chills me to the bone. 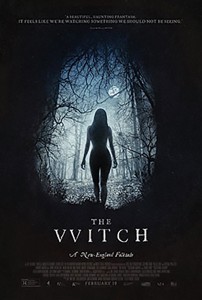 All right, let’s dial it in to this century with a movie I knew was going to be a staple of mine as soon as I left the theater: The Witch.

Robert Eggers’ directorial debut stars Anya Taylor-Joy of The Queen’s Gambit fame as Thomasin, the daughter of English settlers who are banished by their Puritanical colony over an undisclosed religious debate and forced to build a life for themselves in the wilderness. But just as Thomasin, her four siblings and her parents begin acclimating to their Little House on the Prairie life, baby Samuel is seemingly snatched out of thin air. 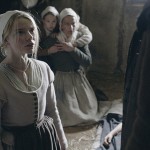 Mother believes it’s Thomasin’s fault, as she was watching Samuel at the time, while Father says it “’twas a wolf that got him.” But twin toddlers Jonas and Mercy, who spend their time raising hell, singing creepy nursery rhymes and conversing with the family goat, Black Phillip, insist it was the Witch of the Wood. After all, Black Phillip told them.

The horror that unfolds is a slow burn, to be sure, but the 1630s Shakespearean dialogue, the stark, isolating New England landscape and the gradual unraveling of faith and family evoke a ceaseless dread that crescendos to a deliciously satisfying conclusion. 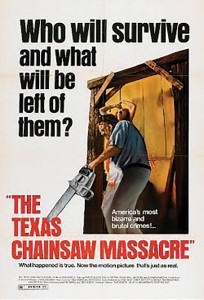 I could delve into the layers of subtext, social commentary and symbolism that make Tobe Hooper’s Chainsaw one of the best movies ever made, period, but, as my Texan relatives would say, “I ain’t fixin’ to go into all that.”

If you’re not familiar with the movie that shocked and appalled audiences globally, it follows young Sally Hardesty, her brother and their friends who, on the way to an old family property in the bowels of rural Texas, become terrorized by a cannibalistic family of madmen. Now, it’s not the gore of the subject matter that gets you; it’s the remorseless brutality. It’s the raw, impenitent portrayal of human depravity captured on that grainy, 70mm film that just makes it feel … real.

That was precisely what Hooper was going for. The picture’s low budget, cast of unknowns, native Texan actors and “based on a true story” prologue, which was nothing more than a marketing tactic, truly made a masterpiece that spurred on the American slasher genre.

I like to celebrate the return of autumn with a viewing. The film’s final shot — that dusky, orange sky, the roars of Leatherface’s chainsaw dying with the sunlight — is among the most beautiful in cinematic history. 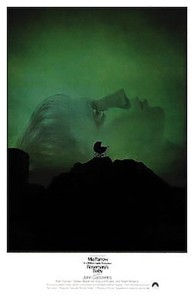 For me, this is the ultimate comfort movie. It’s what I put on when insomnia strikes, when I’m uninspired or when I just need a good dose of nostalgia from my favorite childhood story. Returning to Rosemary’s Baby is like a steaming cup of chicken noodle soup and a cold ginger ale when you’re sick. Does that make me sick? Maybe.

For those unfamiliar, director Roman Polanski’s classic occult horror tale centers around a young woman and her aspiring actor husband as they move into a new apartment in New York City. The titular Rosemary, portrayed by Mia Farrow, is a stranger in a strange land. Surrounded by suspicious and meddlesome neighbors and her increasingly dismissive husband Guy Woodhouse, played by John Cassavetes, Rosemary’s paranoia comes to a head when she falls pregnant and begins to suspect that those around her belong to a Satanic cult, and wish to take her baby for ritualistic purposes.

The best part about this movie is Farrow. Watching her transformation from the bright-eyed and bushy-tailed newlywed enlivened by the prospect of motherhood to the gaunt, unstable and possibly delusional shell of her former self is a harrowing, unforgettable tale.