What You Don’t Know About The Root Ginger

Spicy and Soothing, Ginger Puts a Zing in Your Family’s Meals 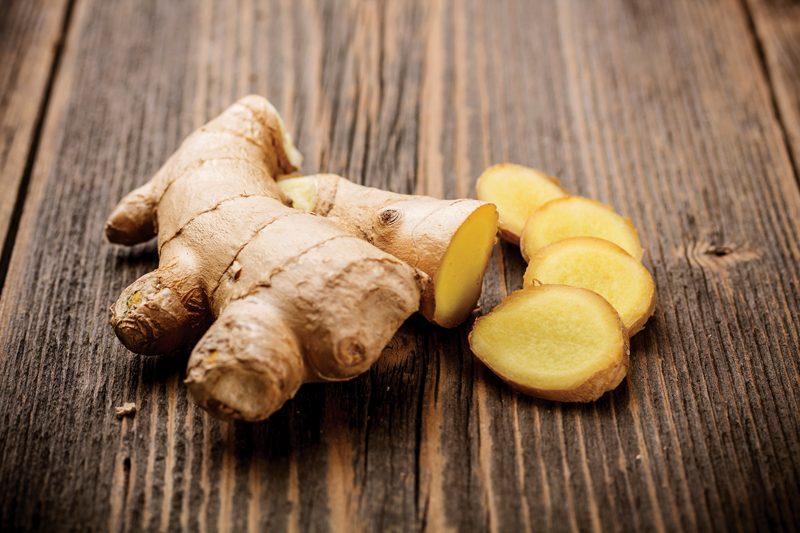 You might not know it, but ginger — yes, shimmering, grossly bulbous, wonderfully pungent ginger — has a pretty spicy history.

Indigenous to southern China, ginger came to the western world on the carts and ships of exotic spice dealers roughly 4,000 years ago. Boasting fanciful tales of their aromatic bounty, merchants were able to charge a premium for the dried and often powdered root, attributing its rarity to the cruel dispositions of the “winged beasts” who guarded it. Not surprisingly, the delicious combination of intrigue and tingling flavor quickly catapulted ginger into the hearts of many, establishing it forever as the darling of the spice trade.

After a few centuries, the Spaniards figured out how to cultivate the stuff, and voilà (or, more appropriately, ¡y ahí está!) — today, we’re able to have year-round access to this warming, spicy treat.

But despite residing in our pantries for eons, many domestic cooks still view this mysterious, lumpy root as nothing more than an accent to Asian cuisines.

“Ginger is a very flavorful and fragrant ingredient to use in some things,” explained Chef Ruston Johnson of Destin’s Ruth’s Chris Steak House, admitting that its powerful zing might not be to everyone’s liking. “But I love ginger.”

If considering incorporating fresh ginger into an upcoming meal, look for a long and relatively smooth piece with minimal nubs. The smoother the exterior, the easier it will be to peel and slice. Remember to slice against the grain (or lengthwise) for a cleaner cut. In addition, please note that all ginger is not created equally. As a result, sometimes improvisation is required.

“Certainly the known benefits (deal with) nausea, morning sickness in pregnant women and motion sickness,” explained Heather Fisher, a dietician with Florida State University’s Health Promotion. “Those are commonly known. The ones that are receiving more evidence in literature would be for improvements with symptoms from osteoarthritis pain, rheumatoid arthritis and muscle and joint pain in general.”

A good alternative to many of our more disadvantageous seasonings (yes, salt, we’re talking about you), ginger is often recommended for people subscribing to a dietary approach to stop hypertension plan (commonly known as DASH diets) to boost their flavor factor without ginning up their sodium intake. For the calorie conscious, ginger is also an easy substitute.

The root’s hot, almost peppery flavor tends to weaken as it’s cooked. Once reduced, the softer texture lends itself to variety of recipes — from artisan libations to seafood entrees, vegetarian and vegan dishes and gourmet desserts.

“Green smoothies are very, very popular now,” added Cristin Burns with the New Leaf Market Co-op. “People are using it to get more of their daily fruits and vegetables, specifically leafy greens. A lot of green smoothies incorporate greens, fresh ginger and lemon juice. It’s real bright and refreshing … and the ginger adds a little kick. And there’s certainly a digestive component to that.”