We Make the Rounds on Health Care

Throughout Northwest Florida, hospitals are upgrading facilities, staffing up and adding more specialized care as competition heats up

Northwest Florida, the state’s last real frontier, has undergone a multitude of changes over the past decade. The population has grown, industry has blossomed, educational opportunities have expanded and, not surprisingly, local medical care provided by the region’s hospitals has evolved to where it is as good as anywhere in the state.

Brick-and-mortar expansion, along with innovative and improved technology — and a focus on patient care and quality service sparked by a strong sense of competition — are the hallmarks of change in the region. Though health care leaders may differ on their list of top trends, one thing they all agree on: The industry is vastly different than it used to be. 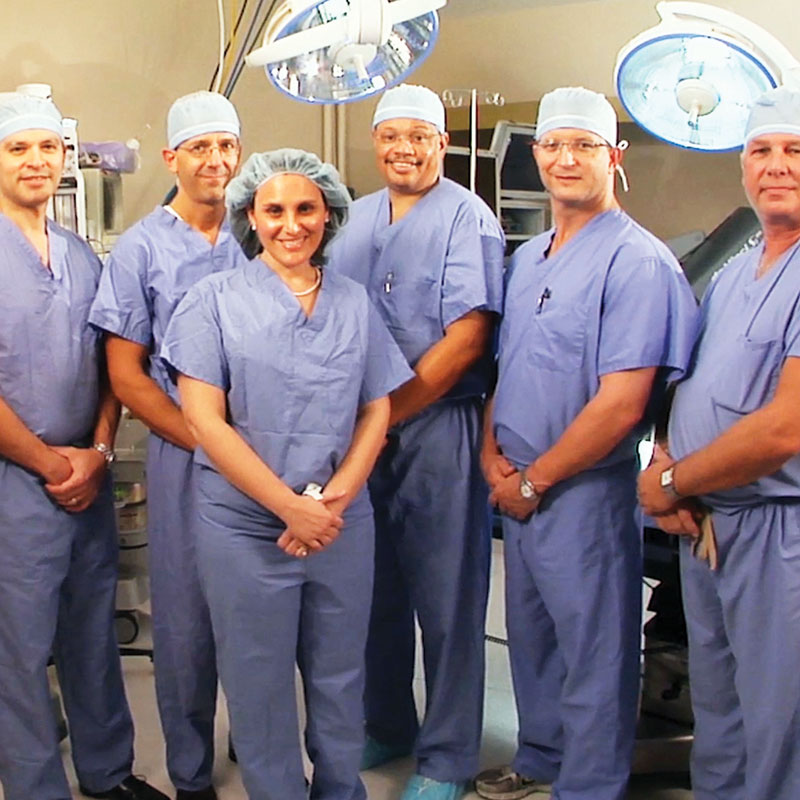 Physicians trained in the use of the da Vinci Robotic Surgery System are now performing many minimally invasive procedures at Fort Walton Beach Medical Center (FWBMC) with unmatched precision, including hysterectomy, hernia repair, lobectomies and other general surgery procedures. FWBMC also offers da Vinci Single-site™ technology for gallbladder removal through a single incision in the belly button, allowing for a virtually scarless procedure.

“What we’re seeing is unprecedented change in the industry. A couple of decades ago it was maybe 5 to 7 percent of GNP, and now it’s 17 or 18 percent,” says White-Wilson Medical Center CEO Alan Gieseman. “When you look at the premiums you have to pay for health insurance and the outcomes, as a society, we’re not doing that well.”

Not only has growth in the industry brought high-wage jobs to the region, but the quality of medical care — and its availability — has aided with economic development and the creation of non-medical, high-wage opportunities.

As Dennis Taylor, former CEO of West Florida Hospital, said not too long ago, “There is nothing lacking within the Pensacola area except for highly specialized transplant services.”

Patients who once traveled hours to get specialized care now have more of it available in their own backyard. From Pensacola to Tallahassee, hospitals are opening centers focused on the treatment of cancer and cardiac patients and providing improved obstetrics care for women and high-risk newborns. Rural hospitals have established relations with their big-city counterparts and large medical groups for a variety of services ranging from X-ray readings to providing for visiting specialists. And several, like Fort Walton Beach Medical Center, have purchased a $2.2 million robotic da Vinci surgical system, a robotic and computer-assisted surgical device that allows doctors to perform minimally invasive surgery.

For the past two years, Fort Walton Beach Medical Center has increased its robotic surgeries to nearly a half dozen procedures. “Patients get out with a small incision and are less likely to have a complication,” CEO Mitch Mongell explains.

As they have grown, many of the hospitals have tried to carve out a special niche in their regional market, an area where they can provide that extra measure of care that no one else can.

White-Wilson Medical Center has more than 70 providers who offer 20 different specialties in multiple locations throughout Fort Walton Beach, Destin, Niceville and Navarre. They market that they want to offer “one-stop shopping” to their patients.

Fort Walton Beach Medical Center has partnered with UAB at Birmingham Cancer Care Network to become the only facility in the tri-county area to be certified as an Advanced Primary Stroke Care Center and is working “through the protocol” to develop a trauma service center within the next 18 months.

In Bay County, the non-profit Bay Medical Center (part of the Sacred Heart Health System) cares for more than 80 percent of the area’s heart cases. The hospital is ranked among the top 5 percent nationally for cardiac services and is the only area hospital offering open heart surgery. Its competitor, Gulf Coast Medical Center, a privately owned 218-bed acute care hospital, cares for the lion’s share of pediatric and obstetrics cases. It was named a Top 100 Hospital by Truven Health Analytics and as of this spring serves as the region’s only Level III Neonatal Intensive Care Unit.

All of the region’s hospitals are waiting to determine the effects that national health care reform will have on the services they provide and, ultimately, their bottom line. In the meantime, of the patients they now see, about one in 10 have no insurance — and there is widespread confusion over who is responsible for paying the rising costs. 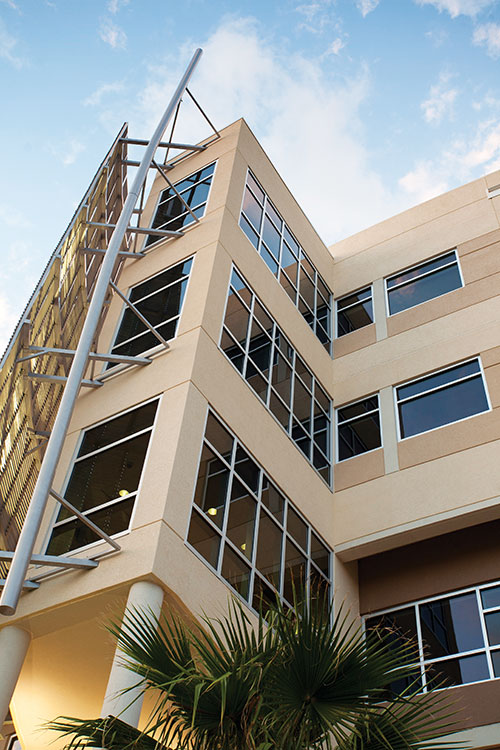 Bay Medical Center in Panama City recently joined Sacred Heart Health System as part of a joint venture agreement between Sacred Heart and LHP Hospital Group. Bay Medical, a 323-bed facility will be able to retire all of its debt and begin the new joint venture debt-free.

Despite the looming financial uncertainties, many of the hospitals are just finishing or starting major construction projects designed to meet the needs and demands of a growing region. Others are staffing up as never before and adding specialty services.

With a goal of “building quality capability” White-Wilson has opened a new “satellite” primary care facility in Navarre. It has extended the hours at the Fort Walton Beach and Niceville Immediate Care clinics, and, at press time, was planning to acquire the Emerald Coast Surgery Center in order to add an outpatient surgery facility to its services. “You look at the need, or demand, and it’s pretty clear we’re underserved … .We’re growing to try to meet that. We’re making a significant investment,” Alan Gieseman says.

Baptist Health Care, which is headquartered in Pensacola, recently completed a $30 million construction program at its main hospital labeled “Building a Better Baptist.”

Bay Medical in Panama City completed a $70 million project that included opening a new five-story patient care tower in 2010. As of December, it also became one of Florida’s 44 trauma centers, earning approval from the Florida Department of Health to serve as a Level II trauma center, which ensures trauma surgeons, neurosurgeons and surgical specialists will be available within 30 minutes or less, 24 hours a day. 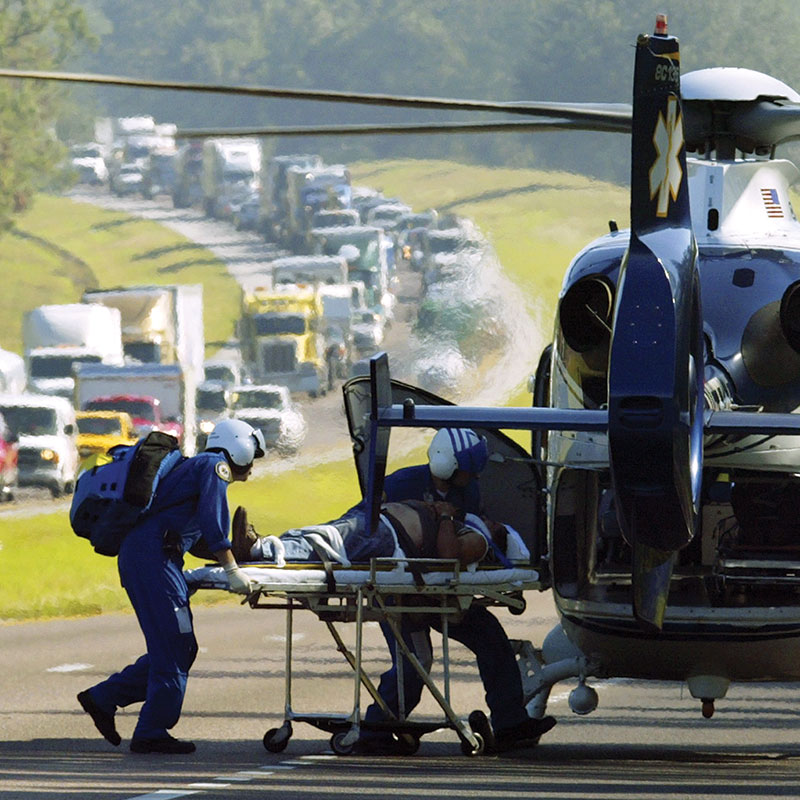 “The major benefit is to injured patients — residents of Bay County, this area of Florida and our many tourists and visitors that come here,” said Dr. Glenn Summers, Bay Med’s trauma medical director.

West Florida in Pensacola has spent $84 million over the decade.

Sacred Heart Health System, also based in Pensacola, opened a 25-bed, $38 million hospital in Port St. Joe. Sacred Heart Hospital on the Emerald Coast — which was built in Miramar Beach on 20 acres donated by The St. Joe Foundation — has added a vascular and heart center, a cancer treatment center and launched an innovative arts in medicine therapy program in the past two years alone.

Is There a Doctor in the House?

According to the association of the American Medical Colleges, 15 million patients will become eligible for Medicare by 2020, while 32 million younger Americans will become newly insured as a result of health care reform. In addition, one-third of physicians are expected to retire in the next 10 years.

As these hospitals finish their construction projects and meet the needs of the region’s growing population, and the implementation of the Affordable Care Act increases the demand for care, what does the future hold? 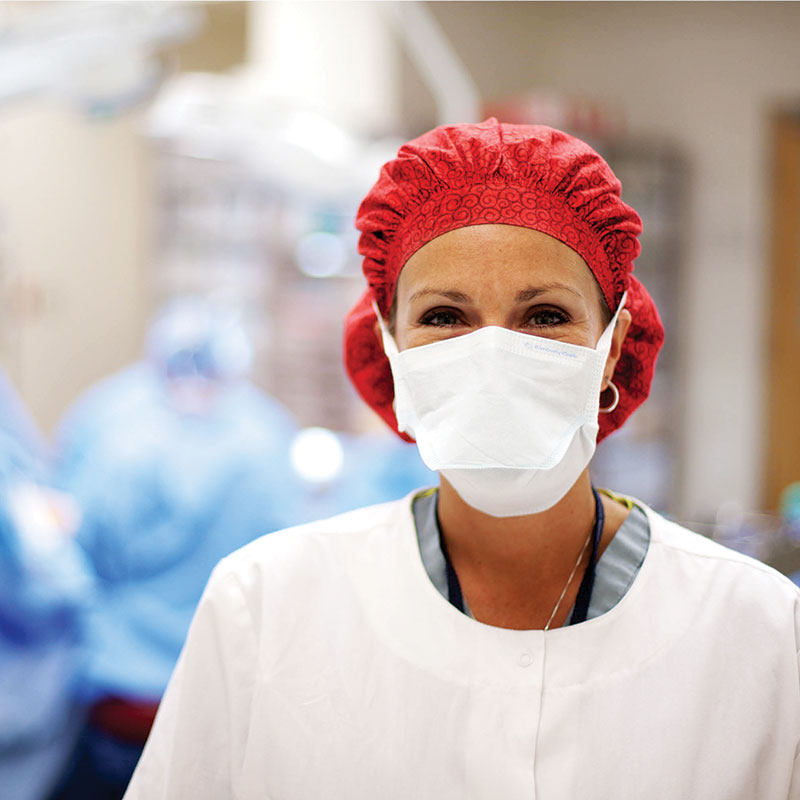 Several of the region’s hospital CEOs see change on the horizon, with more physicians being directly employed by hospitals and greater collaboration and consolidation among those facilities that dot the 16 counties of Northwest Florida.

Baptist Health Center has added nearly 100 physicians to its medical staff over the past couple of years. Leaders called the growth a “significant seismic shift.” They say doctors can more effectively meet the needs of the patients by becoming economically aligned with the hospital, and most leaders across the coast agree.

“Physicians want to take care of patients. They seek us out so they can. There is a distinct sense that we have to work together to be successful in the long run. And that’s a good thing. It’s caused us to be much more effective as a team. It’s an absolute positive,” says Mongell.

General surgeon Robert Hruby has hospital privileges with both Twin Cities Hospital in Niceville and Sacred Heart Hospital on the Emerald Coast, and recently began seeing patients out of an office located within 21st Century Oncology in Santa Rosa Beach. “I don’t want to worry about running an office and filing paperwork. Ultimately, I want to be in the operating room, doing what I do,” he says.

White-Wilson Medical Center is hiring 13 new physicians and nurses with more to come in 2014. “We set a record of people joining this year, not because we’re smarter, but because the market is so challenged now. Health care is not the safe haven it used to be,” says Gieseman, who touts the “climate, water and collegial culture” to recruit top talent to FWBMC. Baptist Health Care in historic downtown Pensacola must agree — an online ad for an internal medicine physician urges applicants to “practice in paradise.”

Industry leaders predict that more hospitals will continue to be consolidated into larger health systems. Bay Medical Center is one. The 323-bed hospital recently joined the Sacred Heart Health System. Sacred Heart leaders say its growth will help ensure they are able to meet the medical needs of the retiring baby boom generation, which they jokingly called a “giant tsunami.”

One thing all health care leaders agree on is that still more change is inevitable. Perhaps for Emerald Coast providers, as with any of us, long-term success will mean the survival of the fittest. Leaders, like Mongell, who want to keep a finger on the pulse of the industry agree on at least one “evidence-based” truth they have come to know the hard way: “If anything, hospitals have to be adaptable.”

How is the Affordable Care Act (ACA) impacting your health care company? 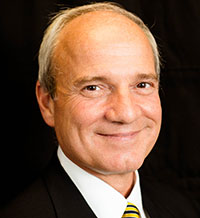 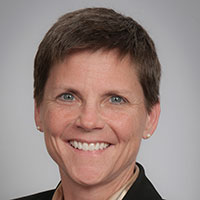