With the serene Gulf of Mexico as a backdrop, get ready to tap your feet to the beat of inspirational music performed by talented local and national musicians at what has become one of the most anticipated events on the eastern end of the Emerald Coast — the 30A Songwriters Festival.

Singers and songwriters from around the country will gather for the 5th annual 30A Songwriters Festival Jan. 17–19. Hosted by the Cultural Arts Alliance (CAA) of Walton County, the three-day festival will feature about 160 musicians and more than 300 performances in venues along 30A, ranging from intimate listening rooms to spacious outdoor amphitheaters. Proceeds will support the CAA.

Russell Carter, head producer and artist manager for the event, said the festival was inspired by this area’s exceptional number of local artists as well as the many residents and tourists who enjoy music, the incredible resorts and beautiful beaches.

“One of the first efforts I make is to book headliners that have not performed at the festival in the past,” Carter said. “We always pick around 25 new artists to offer them the opportunity to perform on stage with more established artists.” 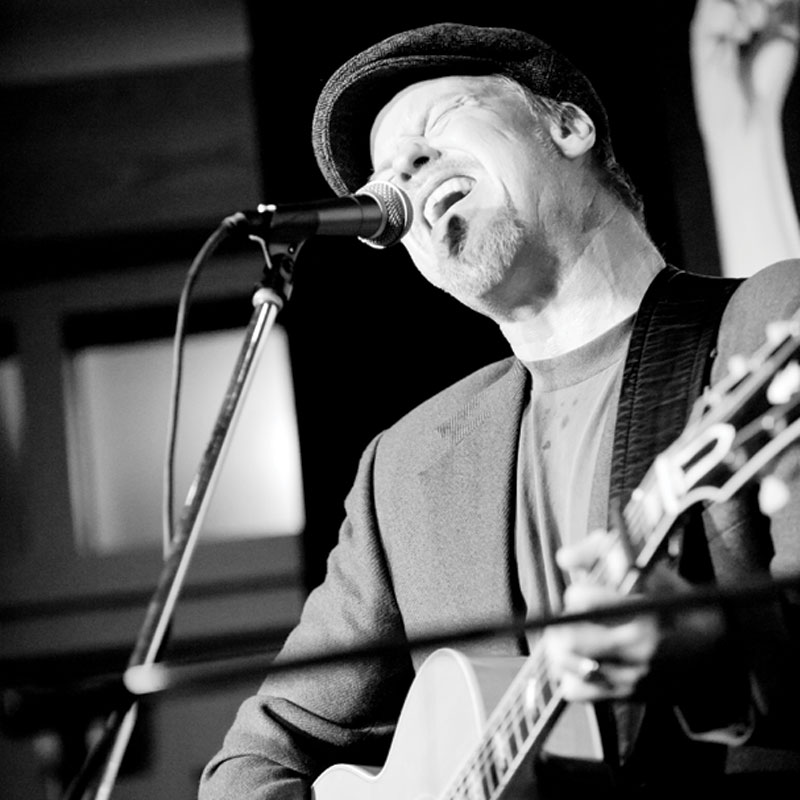 Though the festival is growing in popularity, the intimate feel of many of the venues gives it a special feel. “Everything is within restaurants and coffee shops, so the community and participants get to sit in this really intimate setting and hear the stories behind the songs of the talented musicians,” explained Tracy Louthain, who helped to promote the event in 2013.

Performers such as Kyle LaMonica, Kelsey Anna, Geoff McBride, The Owsley Brothers and Reed Waddle are familiar faces on the Emerald Coast’s music scene. The festival offers these local musicians not only a stage for their music but a platform for connections, too. “So many amazing, creative moments come out of the weekend, and a lot of wonderful friendships are born as well,” Louthain said.

Destin singer/songwriter and acoustic guitar player, Kyle LaMonica, has been a musician for about 12 years and has performed at Harry T’s, The Gathering Spot at WaterColor Resort and Vue on 30A during the last three festivals. One of LaMonica’s most memorable festival experiences was when Charles Kelley of Lady Antebellum made a surprise appearance.

“It’s definitely by far the most fun you can have every year,” he said. “It’s like Christmas for us local musicians, because you get to be a part of a special event and be involved with so many amazing artists around the country.”

Los Angeles alternative rock/power pop musician, Matthew Sweet, has been in the music business for 30 years. He performed at the festival in its first and third years. Sweet not only sings but also plays the guitar, bass guitar and keyboard. He enjoys being in town for the festival, but hanging out around town is also a plus.

“There is lots of great food, and we really have a great time being on the beach,” Sweet said. “Everybody there that’s a songwriter is also getting kind of a vacation.”

Of course, the event wouldn’t be the same without the great venues that host these artists. Jennifer Williams, director of sales and marketing for WaterColor Inn & Resort, helps with the planning of Fish Out of Water as a festival venue. “It’s amazing,” she said of setting up for the event. “The room looks like a nightclub.”

The entertainment is held inside the restaurant where a stage is fashioned in the corner for 200-250 people to gather round in seats, and even more to stand and move to the music.

Williams said the festival is a learning session for the artists during their performances and workshops, but it’s also time for the audience to show their respect for the musicians. During workshops, artists display a “personal glance” of themselves through the discussion of the inspiration behind their songs. 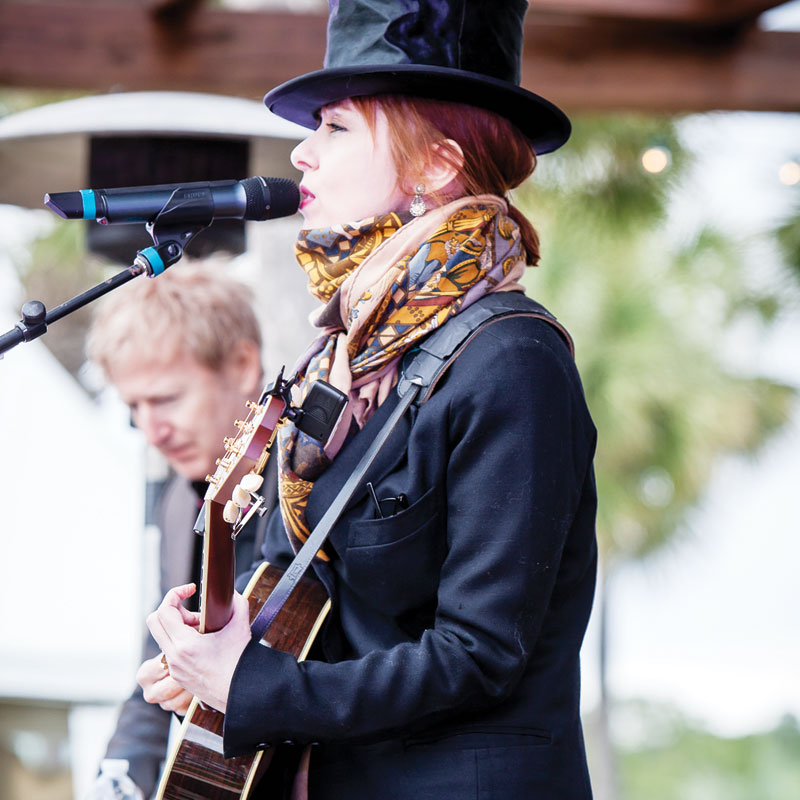 Another venue, Central Square Records in Seaside, owned by Tom and Jenny King, has been involved all five years. Last year was the first year the record store incorporated a stage within its venue, hosting performances by The Owsley Brothers, The Shadowboxers and Jeff Black. The best part about choosing to enjoy a performance at this venue is that it’s open to both ticket and non-ticket holders.

“We have a little more intimate audience,” Jenny King said. “It’s more of a casual atmosphere. People can even stand on the porch upstairs and listen to music.”

Another perk of the store’s musical influence is that it sells CDs of some of the musicians that stop in during their stay.

Experiencing the festival through a camera lens is something Shelly Swanger has had a blast doing since year one. Swanger is one of the official photographers, having captured thousands of festival moments.

Though the festival has been blessed with sunshine for nearly every performance, the inaugural year stormed onto the scene. “I think the first year was probably the most memorable because we had no idea what to expect,” she said. “The Indigo Girls were the feature act — they played on Alys Beach. It was cold and windy, but they just got up there and blazed the weather.”

Some of her favorite photographs taken are of Sam Bush. She recalled a beautiful day at Gulf Place on 30A with Bush having a great time performing with Rodney Crowell.

They say music crosses all boundaries, and apparently so does the appeal of the 30A Songwriters Festival. In other words … it’s a big hit!

Tips on How Best to Enjoy the Fest

Mapping out your festival schedule Whether you want to see 50 artists perform over the three-day weekend or just a handful, visit 30Asongwritersfestival.com and map out your “must see” acts ahead of time. The 30A Songwriters Festival app for Android or iPhone is a great source for the event, and it’s free. In the months before the event, the app announces artists and venues involved, and during the event someone constantly updates it with the current capacities of the venues.

Best arrival time to ensure great seating With performances beginning around 4 p.m. on Friday, and around 10 a.m. on Saturday and Sunday, arrive about an hour prior for morning and afternoon acts and even earlier for evening acts.

Parking There is no specific parking area for the event. However, as of last year there is a new transportation addition — a shuttle system. Every 15 minutes a shuttle will drop off and pick up patrons at each venue along 30A.

Food and drink The 30A Songwriters Festival phone app, the printed program and the website all lay out which venues offer food and drinks and what their tailored menu for the event entails. The venues include Bentley’s, Bud & Alley’s and Fish Out of Water.

What to bring and what not to bring Due to the event being held outdoors and in January, warm clothes, a poncho and a lawn chair are great essentials. Cameras are not allowed at the event, but you can always capture moments on your cell phone. 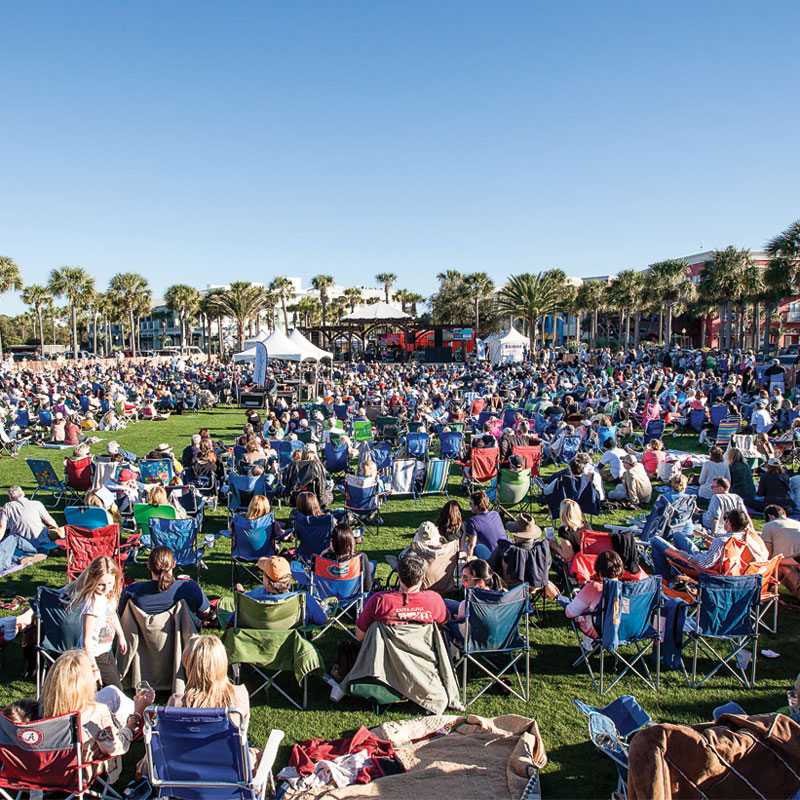