Tales of the Unsung Bumbles

Where were the other abominable snow monsters during Rudolph’s epic 1964 journey? 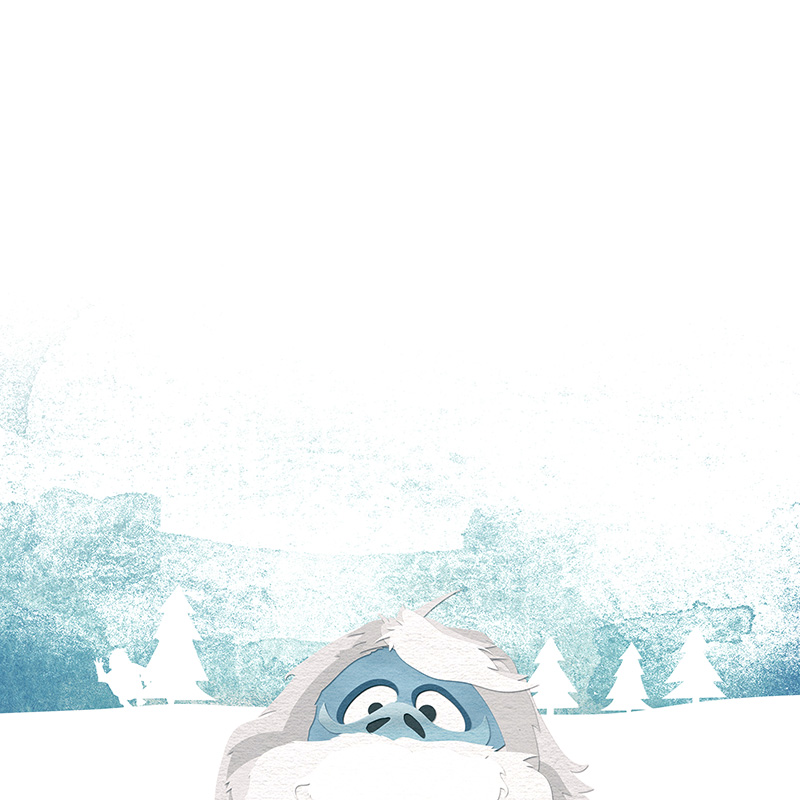 Rudolph the Red-Nosed Reindeer had his hooves full facing down the mighty “Abominable Snow Monster of the North,” a fiend from the darkest reaches of the icy wilderness. But if we stop and think about it, the monster couldn’t have been working alone. Let’s explore this.

In the 1964 Rankin/Bass Christmas special, a rejected and distraught but strong-willed Rudolph runs away from home to find fame and fortune. Along the way he encounters another misfit, Hermey the Elf, who convinces the deer that they should be “independent together.” Their small confederacy is soon expanded with the addition of Yukon Cornelius, a burly, bearded prospector who offers significant tactical advantages in transportation (dog sled), supplies (ham hocks, gun powder and guitar strings) and weaponry (note the stag-handled .45 stashed in his belt).

By the time Rudy and Hermey meet Yukon, they’ve already crossed paths with the snow monster and are desperately trying to evade him. However, Rudy’s glowing red nose constantly signals their position and significantly impedes stealth. Yukon discovers the pair hiding in a snow bank and offers to let them tag along with him on his journey to the gold (or silver) fields (“I changed my mind!”). Introductions are cut short though as the snow monster comes roaring out of nowhere and begins advancing upon the trio.

Yukon calls the monster a “bumble.” And apparently he’s had his share of encounters with the beast. He’s familiar with its frightening roar (“If there’s one thing I can’t stand it’s a noisy bumble!”) and he knows the bumble’s one weakness (he can’t swim). But what’s most telling is what Yukon reveals at the end of the story: “Didn’t I ever tell you? Bumbles bounce!”

Bumbles. As in, there’s more than one. We have to assume there’s a population of bumbles around there somewhere. The question is why don’t we see them? I submit that we actually do. Consider the following.

Bumbles are apex predators that measure a good 12 feet in height and weigh about a ton (possibly more). We know they scale mountains fairly easily but are slow in open country and can’t track zig-zagging targets very well. These weaknesses would suggest that bumbles are ambush predators, and there is evidence of this during the course of the story. And while some megafauna predators lead solitary lives, chances are good that bumbles do not. As primates, bumbles most likely live in familial troops and may even cooperate to gather food. Inasmuch as they need massive caloric intake to sustain themselves, they probably hunt in dispersed packs to maximize the area covered. But when prey is spotted, they form ranks to either attack or give chase. The ultimate goal is to push their exhausted prey into a kill box.

In order for the bumbles to conserve their own precious energy during the hunt, I would say that they attack one at a time on a rotational basis; i.e., one gives chase while the others rest or go on ahead to set the trap. When the first one tires, another takes his place. And that is what we’re seeing on T.V. Instead of one solitary bumble always on the attack, we’re actually seeing different bumbles in each chase scene. I point to the lair scene as indirect proof of this hypothesis. When Rudolph and company are in the bumble lair, and the creature is gloating over them, the question is asked, “Why doesn’t he just get it over with?” It’s as if he’s waiting for something. If the theory of pack hunting is correct, then this bumble is merely in charge of keeping the group corralled until the others can arrive. As it turns out, the reindeer are rescued before the rest of the bumble pack shows up. Ultimately, the lair bumble is humbled by his failure to secure the feast, and, knowing he can’t go home again, seeks asylum in Christmastown as the ultimate misfit.

So, just how many bumbles do we actually see? I count four. The very first encounter happens when Donner is teaching Rudolph how to hide from bumbles. The second one we see is after Rudy and Hermey have started their journey together and are surprised by a scout bumble screaming from the nearby mountain range. A third bumble actively chases Rudy, Hermey and Yukon. The fourth bumble we see is the cave bumble at the end. However, there are probably more we don’t see but are alluded to. These are encountered during the interval of time between Rudy’s escape from the Island of Misfit Toys and his return to Christmastown. Sam the Snowman’s testimony states that the bumble(s) kept Rudy on the run for most of that time. This would indicate he was hunted intermittently by an unknown number of bumbles off-screen, but he escaped each time. Rudy’s family, however, wasn’t so lucky, and wound up falling into their clutches instead.