A Snapshot of the Resort’s Colorful, Storied Past

To start at the beginning, we could venture back to the 17th century, when Spanish explorers discovered what is now the Destin Pass, or the 18th century when — as legend has it — pirates ran amuck.

Or, we could start in middle of the 19th century, when Capt. Leonard Destin landed his ship on the Emerald Coast shores to found what is now known as The World’s Luckiest Fishing Village. We could also start in the 1930s, when the attorney general of Massachusetts purchased some land in the middle of nowhere along the Gulf of Mexico.

But we have another beginning in mind: 1973.

After 40 (official) years, it’s no surprise that the largest resort (2,400 acres) to be situated on Florida’s Gulf Coast, and the only resort to lay claim to waterfront access to both the beach and bay, has one of the most interesting pasts. In celebration of Sandestin Golf and Beach Resort’s anniversary, we take a look back at some of the highlights and happenings during its four-decade history. During that time, Sandestin solidified its place as one of the premier resorts in the Southeast — and we cannot wait to see what the next 40 years will bring.

The Land of Plenty 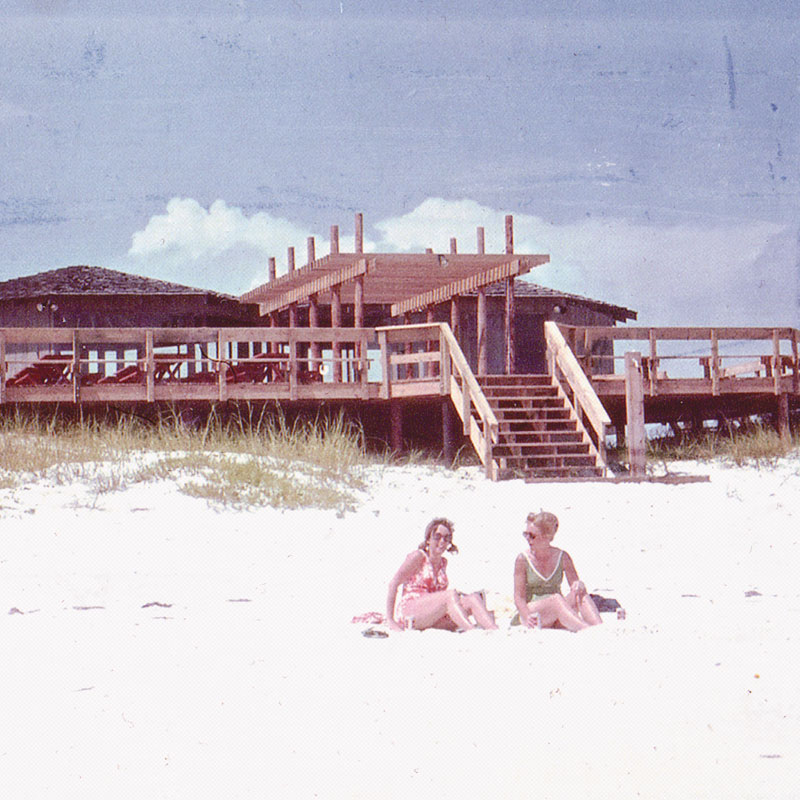 What’s in a Name?

Early 1980s
“Nothing Comes Close But the Gulf”

Mid-1990s
“Destination of a Lifetime”