Serving up beef for the hawg lover

Burgers and bikes. They have gone hand in hand for pretty much as long as the raucous rhythm of motorcycle engines has provided the soundtrack for a culture of individuals who somehow see past economic status, race and religion to come together over Harleys.

It was that love — the rumble of the engine, the rev, the smell of the exhaust and the feeling of complete freedom — that inspired Fatboys. In Enterprise, Alabama, brothers-in-law and co-owners Harshil and Jesal Patel created a place in 2018 that was all one could hope for in a burger joint and added their own unique spin. Two years later, they opened a location in Destin at the foot of the Destin Bridge.

For years, the building that the Patels took over had seen a string of uninspired, unsuccessful ventures that seemed to merely occupy the space. Now with the advent of Fatboys, the building has new life.

The brothers Patel earned their chops with a string of restaurants focused on traditional Indian cuisine. With their three locations of Holi, the Patels demonstrated that they could execute and deliver — and that people would show up for what they were serving. As great a departure as Fatboys may have been, the concept was likewise created with a dedication to quality and experience.

“Fatboys is all about good food, good drinks and good service in a laid-back atmosphere,” said manager Bernadette Grey. “People love the friendly, attentive service and the fresh, never-frozen food.” 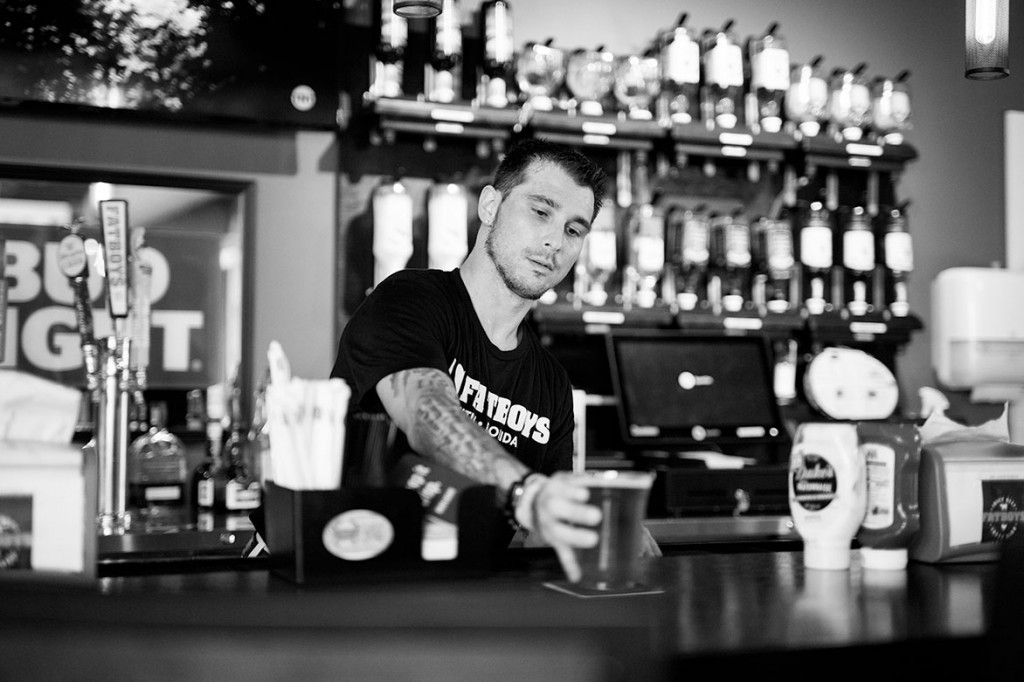 With Fatboys, co-owners Harshil Patel and Jesal Patel have brought to life a building at the foot of the Destin bridge that previously had seen a string of unsuccessful ventures. Photo by John Harrington

That fresh food is the foundation for the entire menu, which focuses greatly on gourmet burgers. Made with 100 percent premium beef, the handcrafted burgers seem to follow no set precepts — aside from being as unique as they are delicious. Case in point: the Hula Girl, a creative burger made with savory teriyaki, sweet and smoky grilled pineapple slices, crunchy slaw, signature Fatboys sauce and melted Swiss cheese all nested in a brioche bun.

Hungry yet? Clearly, you’re not alone, as Fatboys has claimed quite the following, calling to those who proudly straddle Harleys as well as those who choose a less exciting mode of transportation. The varieties of handcrafted burgers on offer are plentiful, as one must choose among 10 different signature burgers — all of which naturally feature the restaurant’s not-so-secret sauce, which contains mayo, mustard, ketchup and Worcestershire sauce. 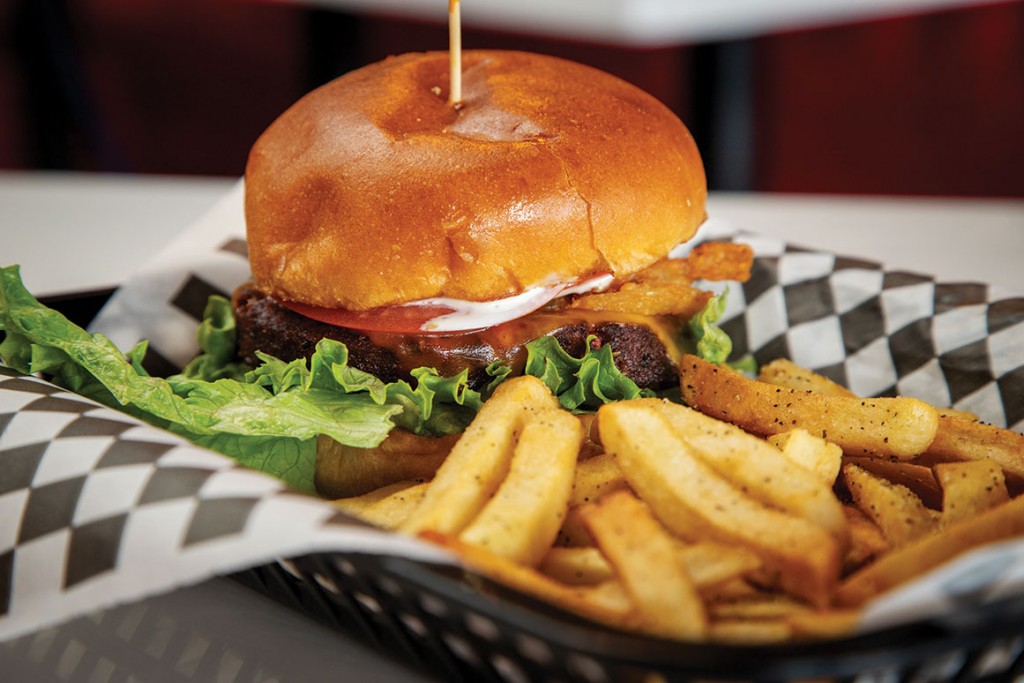 The I (Heart) Bacon
Burger has proved popular among diners who arrive hungry at Fatboys. The hefty sandwich is built with layers of bacon, lettuce, tomato, mayo, Fatboys sauce and American cheese. Photo by John Harrington

For meat-free eaters, they even offer the Meatless Beast with a black-bean patty that stands in for the ground beef. Still, with all its various accouterments, the veggie option is every bit as satisfying as its meaty cousins.

Beyond burgers, Fatboys has created an equally impressive array of sandwiches, crossing happily over the line of the expected. Clubs and chicken sandwiches nod to convention and then leave it in the dust. The wings are also a claim to fame, dressed for the party in your choice of 11 sauces, ranging from mild lemon pepper to the hottest — appropriately called Fatboys Fire. In between, the balance of savory, sweet and heat are temptations to the tastebuds that entice you ever further up the heat index.

At the end of the day, it all comes back to the same thing for the Patels, regardless of whether they’re talking about their Holi restaurants or Fatboys: the community.

“One of our favorite things about having the restaurant is being able to give back to the community,” Grey said. “We offer a local discount, and we sponsor kids in every sport from every local school. We do anything that we can do to support the community.”