Prudence Farrow Bruns was the Inspiration for The Beatles

The muse behind the song 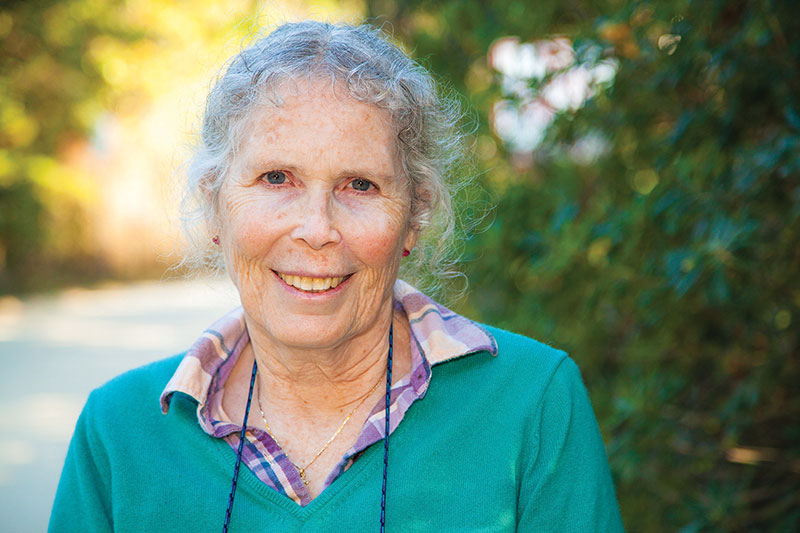 More than just a name, Prudence Farrow Bruns was the inspiration for a timeless song by the iconic Beatles.

It was 1968. The Vietnam War was raging. Martin Luther King was silenced by a bullet. Apollo 7 was the first aircraft to launch human life into space. Women’s Liberation groups began to target the Miss America beauty contest. And The Beatles four-member boy-band phenomenon was at its pinnacle, trying to make sense of the world through song.

The band harmonized a lot about women — which is, perhaps, one reason why they had such a strong following of female fans. In 1968 they released “Hey Jude,” “Sexy Sadie,” “Julia,” “Heather” and dozens of other songs. But it was “Dear Prudence,” written by John Lennon and recorded in London over three sultry summer days in August of 1968, that seemed to instantly intrigue a generation that was filled with angst.

The lyrical ballad was inspired by Prudence Farrow Bruns. Although she grew up in a Hollywood family — her father was film director John Farrow, her mother was actress Maureen O’Sullivan and her older sister is actress Mia Farrow — Prudence has never been a seeker of the spotlight. Quite the opposite, in fact, as the now-famous song laments.

Bruns’ father died when she was just 15 years old. At this time, she experienced “a very powerful spiritual experience that set (her) sails.” She began a personal quest to fill the void she felt with spiritual peace. At 16, she was reading “Siddhartha,” by Herman Hesse, and became “fascinated and enthralled” with India, Hinduism and Buddhism. While a student at UCLA, she pursued her passion for yoga and began practicing Transcendental Meditation (TM).

Bruns had studied with Swami Satchidananda for two years and had begun teaching TM in a church in Boston when she met up with The Beatles in India during their six-week sojourn to study with Maharishi Mahesh Yogi. She was just 19 years old and one of few Westerners who had even heard of Transcendental Meditation.

In India, Bruns became so intently focused on her meditation that she turned into a near recluse, rarely appearing from her hut. John Lennon was asked to “contact her and make sure she came out more often to socialize.” As a result, he wrote the song, “Dear Prudence.” In the song, Lennon asks Bruns to “open up your eyes” and “see the sunny skies,” reminding her that she was “part of everything.”

Not surprisingly, the song deeply influenced and, in many ways, defined Bruns. Her award-winning memoir, “Dear Prudence: The Story Behind the Song,” offers her personal telling of the story of the iconic song written during one of America’s most tumultuous decades.
“It didn’t mean much to me at the time,” she reflects. “I was grateful and it was positive and very beautiful, but I was preoccupied.” And she still is.

It has been 48 years since The Beatles released “Dear Prudence” into the universe, but Prudence Farrow Bruns, the speaker, author, scholar, film producer and music muse, still relishes time spent in reflection. She formed the Prudence Foundation to further support the study of yoga and TM and is currently a director of the Northwest Florida TM Program. She leads TM workshops near her home twice a month and at local studios along the Emerald Coast several times a year.

She and her husband, Albert, live quietly in Seagrove Beach, where they honeymooned in 1969 and where they spent their summer vacations with their three children. “Seagrove has been an anchor in our lives,” Bruns says. “It’s a very spiritual place and definitely has got something special going on. We like that it attracts the kind of people who care more about nature and less about waterslides and big buildings.”

As for music, it’s still a “profound” influence in Bruns’ life. “It’s a very powerful medium and one of the closest things to the spiritual we have,” she says. “It reminds us that we are connected; we are one.”

Dear Prudence, won’t you come out to play?
Dear Prudence, greet the brand new day
The sun is up, the sky is blue
It’s beautiful and so are you

Did you know this about “Dear Prudence”?

John Lennon is said to have selected it as one of his favorite songs by The Beatles. In 1987, Lennon’s original handwritten lyrics of the song, containing 14 lines and some “doodles” in the margin, sold at auction for $19,500. “Dear Prudence” is one of 17 songs recorded by The Beatles that mentions the words “sun” or “sunshine.” English post-punk band Siouxsie and the Banshees released a cover version of the song as a single in 1983, which became one of their biggest hits.

The Beauty in Making Music