Carol Carlan, featured in this issue, is one of 10 deserving women recently named 850 Business Magazine’s elite Pinnacle Award winners list. This annual honor is designed to shine the spotlight on women in Northwest Florida who have set high standards for themselves and exceeded them, who are a moving force in private business and nonprofit organizations that help the needy in our society, and who promote their communities.

From a leader of one of the largest credit unions in Florida to a CEO who helps build houses for those in need, they’re moving forces in business and community, A-listers with A-plus personalities who face challenges head-on and are determined to make their world a better place.

As a group, the honorees are optimistic, energetic and goal-oriented, filled with a can-do attitude. Their professions cover a wide range of fields, from banking to health care to economic development. They well represent the urban, suburban and rural areas found within 850 Magazine’s 18-county footprint. Readers were asked to nominate women they felt deserved the honor. From the names submitted, please meet three of the Pinnacle Award winners for 2015 who live and work on the Emerald Coast.

Growing up in Mantova, Italy, Simona Faroni liked the designer clothes she saw other girls wearing at school. She went to went to work at a local restaurant to earn money but had to keep it a secret from her father.

“Instead of going out to movies with friends on weekends, I was going to work. But he found out eventually after some family friends came to the restaurant,” she remembers. Her father grounded her from work, but then her mother became her accomplice and covered for her.

Faroni, 35, is no stranger to taking on a challenge. Today she lives in Destin and is the cofounder (along with her husband) of Fort Walton Beach-based G.S. Gelato, which employs more than 90 local workers and annually distributes 1.3 million gallons of gelato across the United States.

But the beginnings of the business were shaky. When they arrived, neither spoke English. They went to night school and communicated with a pocket dictionary.

“We couldn’t order a glass of water at a restaurant,” she recalls. “But little by little we learned.”

After importing the gelato machines, they began making their product in the back of their home and opened a small storefront in downtown Fort Walton Beach. On one of their best days, their profit was $13.50. But Keith Howard of The Howard Group became a fan and suggested moving the store to Silver Sands Premium Outlets in Destin.

The rest is history. They have opened four stores (now sold to a client) and went from a 1,000-square-foot manufacturing facility to 26,000 square feet.

“I’ve always wanted to grow in life,” says Faroni. “I never imagined this happening, especially on this side of the world.”

As community development director of the Bay Medical Foundation, Rebecca Pierson’s focus is on the vision of serving the health care needs of Bay County.

Fundraising for a good cause is nothing new for Pierson, who held a dog show in her backyard when she was in the sixth grade to help out the local Humane Society.

When she moved to Panama City, she was a flight attendant for America West Airlines but gradually became more involved in fundraising, explaining, “I’ve always been driven by the idea of helping the little guy. If I believed in it, I raised money for it.”

Pierson, 52, was asked to join the Bay Medical Foundation, became president and then joined the staff when the foundation was attached to a then not-for-profit Bay Medical Center. She helped raise more than $5 million for the hospital’s capital campaign, which was used to open the medical tower. When the hospital became for-profit, the foundation became independent and she stayed with it.

In the last three years, it has given out $1.4 million in grants to local organizations with a health care connection, such as the St. Andrews Medical Clinic.

“There are 55,000 Bay County residents who are uninsured. It’s tough,” says Pierson, who also oversees a program that awards scholarships to 17 Gulf Coast State College students each year.

Some of the best advice she ever received came from her father, who retired from the Air Force at the rank of two-star general.

“Good or bad, your actions will be followed by consequences — probably not a bad idea to keep your actions good,” says Pierson. “My parents instilled in me the importance of making a difference.” 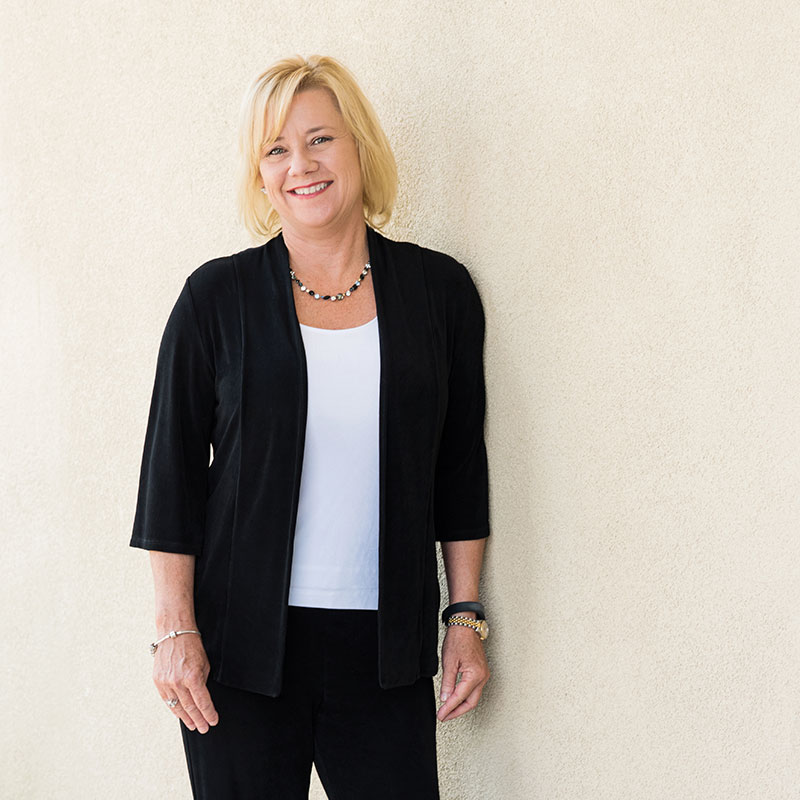 The call to attend law school came to Lisa Walters when she served as a staffer to a joint legislative committee tackling the issue of how the state should compensate residents and growers who were losing their citrus canker-infected trees to the ax.

“The staff was me and a handful of attorneys,” remembers Walters, who had served as a Cabinet aide to the state comptroller and to the insurance commissioner. “When we made our presentation to the speaker of the House, he said, ‘You’re not an attorney, are you? I need one of the attorneys to explain this to me.’ Within a few weeks, I registered to take the LSAT.”

That was 20 years ago. Now a shareholder with Burke & Blue in Panama City, the 53-year-old Walters specializes in real estate and business transactions. Her favorite part of the job is “working with my clients and visioning what a project will look like and finding creative ways to bring their vision to fruition.”

Looking back, she can’t remember a time when she didn’t have a job.

“I’ve always had jobs, always worked,” she says. Babysitting and mowing lawns were during the early years; working in a children’s specialty shop at the Panama City Mall and then Gayfers department store, in the display department, were jobs she held in high school.

“I was grateful for the opportunity to have the jobs and work with the people I worked with. The lesson I learned, which I already knew from my parents but was able to better appreciate, was the importance of doing a good job the first time.”