As metabolism changes, you just have to face fats 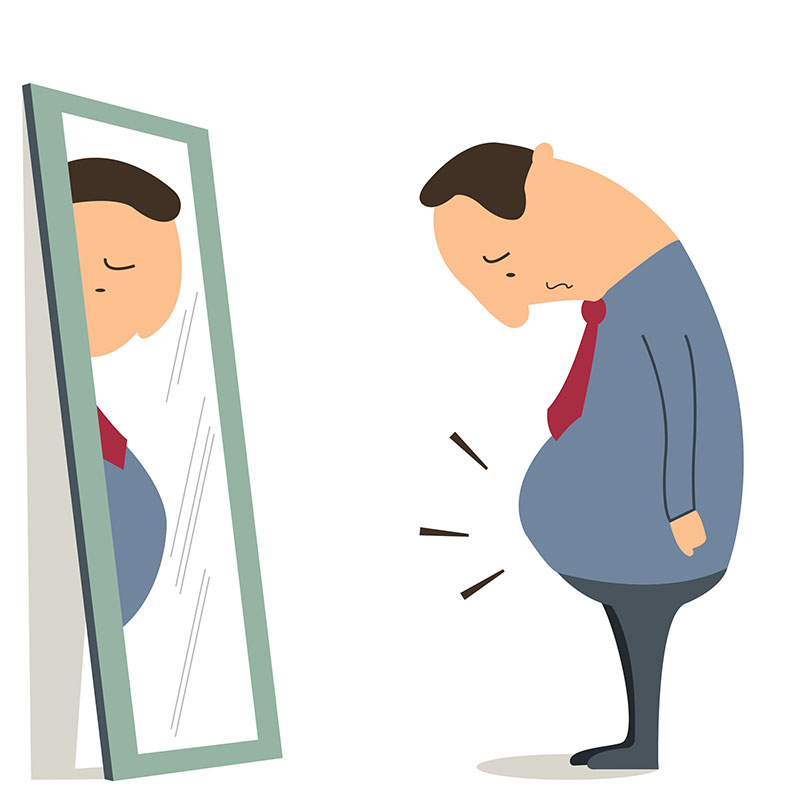 It’s the oldest story in the book. Man falls asleep on couch. Man wakes up groggy and must have a bite of something sweet. Man has a forkful of pecan pie. Man heads to bed. Man stubs toe on grandson’s toy fire truck. Man is now awake and must have a huge slice of pecan pie with ice cream to distract himself from throbbing toe. Man gains a pound.

We have all been there.

A few years ago, I had an issue with my back and had to take steroids. Anyone who’s taken steroids will tell you that they can cause serious weight gain. I packed on 40 pounds. I’ve gotten rid of most of it, but the last 10 pounds have been a grind.

I’ve decided that metabolism is unjust. In my 20s, I could wolf down half a carrot cake for breakfast, skip lunch and lose two pounds. I could get a chicken-fat IV and not gain weight. We didn’t even think about it. Hit a drive-thru and get the giant cow burger with extra mayo, a puck of cheese and a bucket of fries. It really didn’t matter what it was — pounds slipped off like we were made of Teflon.

Today, if I drive by a Wendy’s, I gain a pound. Yesterday, I thought about cheesecake and had to loosen my belt. This whole metabolism thing seems grossly unfair. You carefully monitor your intake — doing your best to knock out dairy, sugar, fried foods, calories — and you consider eating kale chips.

Seriously, kale chips? Thank you, but I’ll have a bag of wallpaper instead.

So you spend all week giving up everything you really enjoy, and you lose three ounces. Then on Saturday you’re out with friends, and you eat a buttered dinner roll and gain three pounds. You may as well tell the waiter to bring you the “Make My Butt Lumpy” appetizer and, for the main course, a bowl of “I’ll Hate Myself in the Morning.” I’ve tried a bunch of different diets with varying results. Atkins, an all protein approach, was interesting. After 10 days of eating meat, you start evolving as a predator. My night vision improved, and I started developing pads on my hands and feet. A friend suggested the mecca of meat eating: Fogo de Chão, a Brazilian restaurant/flesh factory. It was like eating on the Serengeti: skewer after skewer of everything dead. You didn’t talk to your waiter — you growled. I surmised the heart doctors must have owned the place. I lost a little weight with Atkins, but gained 30 pounds of bad karma, so I moved on.

I considered some of the plans where you spend your month digging into a big box of prepared meals sent to your door by Chef FedEx. “Hey, honey, how about a packet of lasagna tonight with a side of corn-on-the-carton?!” I simply couldn’t reduce the joy of cooking to peeling off cellophane and punching in three minutes on the microwave.

Dr. Michael Mosley’s Fast Diet was interesting. Two days a week, you eat 600 calories, and the other five days you eat pretty much what you want. The diet had potential until you realized that 600 calories was basically a plum, a chicken wing, and a whiff of your neighbor’s grill. Being happy for five days and surly for two didn’t work for me.

I’ve decided that the best plan is to reason with my fat and treat it like it was my Uncle Larry. I’m going to tell my fat that it needs to find somewhere else to live, that it needs to pack up its extra baggage and sublet someone else’s midsection. If that doesn’t work, I can always drop a quick 10 pounds by selling the cat.

Gary Yordon is president of the Zachary Group in Tallahassee, hosts a political television show, The Usual Suspects, and contributes columns
to the city’s daily newspaper, the Tallahassee Democrat. He may be reached at gary@zgroup.com.