How to: Get Cracking With Florida Spiny Lobsters 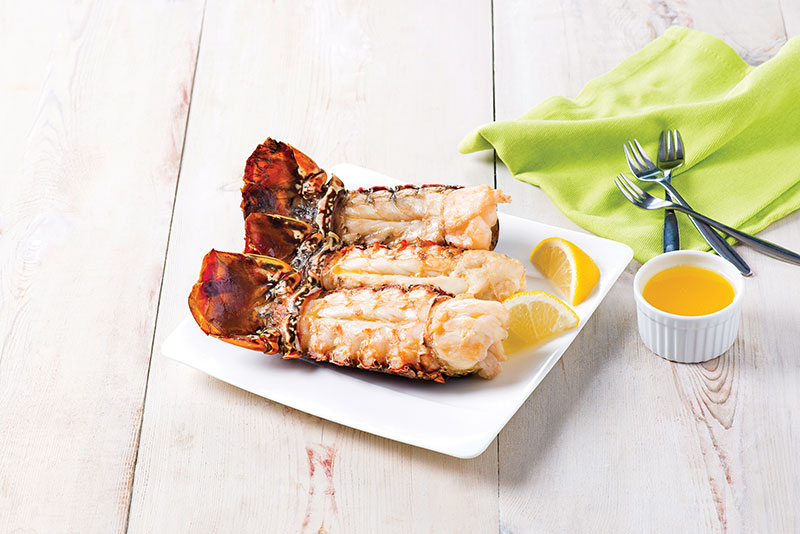 The Gulf coast of Florida’s Panhandle is a favorite beach escape, routinely voted among the prettiest in the world. And while being known for its rolling dunes and sugar-white sand, most may not know that it’s also a great dive destination.

For the underwater hunter, Northwest Florida is a gold mine, with miles of open water and plentiful fish. But come late summer, the area becomes flooded with those trying to get their share of the Florida spiny lobster.

Though the regular eight-month lobster season is from Aug. 6 through March 31, the two-day mini-season is always the last consecutive Wednesday and Thursday in July. The 2016 mini-season begins at 12:01 a.m. on Wednesday, July 27, and ends at midnight on Thursday, July 28.

If you’d prefer to dive into the lobster on your plate instead of into the salty Gulf, follow your nose to the most succulent crustaceans at Brotula’s Seafood House & Steamer in Destin, where you can get your warm-water lobster tail steamed or boiled with three choices of spices, and served with Asian, Cajun or drawn butter.

Salt air and sandy feet lead to seafood shacks serving the freshest available, and in Seaside, it can be found at the Shrimp Shack.

“We offer the best warm-water lobster rolls available in the Panhandle,” said Heavenly Dawson, co-owner of the eatery with her husband, Bill. “They are just steamed and served with lemon wedges and drawn butter. The moist chunks of perfect lobster cuddle together in the fresh-baked bun.”

The Florida spiny lobster has no big, crushing claws, and with all of its meat in the tail, it cooks up nicely on the grill. Foodies love to debate whether to cook the lobster shell up or down.

Longtime Miramar Beach local Tom Guttery, who heads to Destin Ice & Seafood for his catch, has his own preferred method.

“I like to start them out shell down,” he said. “It protects the meat. Baste them in olive oil and unsalted butter, let them cook six minutes up, then flip them over and cook them two minutes down. The most important thing is not to overcook the tails.”

How to Tell Types of Lobsters Apart

The claws or pincers allow you to differentiate between various types of lobsters. The American or Maine lobster has large front claws, while the Florida spiny lobster does not. The clawed lobsters are often called cold water lobsters because of their normal habitat locations. The spiny, rock or Florida lobster is generally considered a warm water lobster. Florida lobsters are most commonly caught for their tail meat, while the Maine lobster is known for its claw and tail meat.

To nab a lobster, you will need:

How to catch a lobster

Once you discover a lobster under a rock or in a hole, take your tickle stick, slide it behind the lobster and gently tap it on its tail. This will cause the lobster to slowly walk forward. Once it is out of the hole, place your lobster net behind it and try to trap the lobster between the ground and your net. Sometimes tapping it on the forehead will cause it to back into your net. If it’s of legal size, congratulations — it’s yours.

How to clean a lobster

Hold the tail in one hand and the body in the other. With a small twist and pull, the tail will easily separate from the body. Get rid of any slick membrane or liquid that may be seen.