E.F. San Juan on Building Hope for The Future

“We have all learned what we think of most in life when everything is in peril, and it is not the things that can be repaired or replaced,” said Edward San Juan, president of E. F. San Juan Custom Moulding & Millwork based in the rural community of Youngstown, Florida. A third-generation craftsman of high-quality custom wood mouldings and other architectural millwork, San Juan was one of the hundreds of thousands whose lives were impacted by the Category 4 Hurricane Michael on October 10, 2018.

The storm destroyed E.F. San Juan’s main production facility, but that didn’t stop San Juan and his team—including his father, Ed, his brother-in-law, Buddy, his wife, Mary Kathryn, and their son, Eddie—from getting back to work the week after the storm hit. This work included helping E. F. San Juan’s employees and neighbors, as well as continuing efforts to help those in the community rebuild alongside them.

San Juan expressed his gratitude for the Bay County government and relief organizations’ quick response to the community’s needs and for helping to expedite the process of getting Youngstown back on its feet.

“I’ve never been in that spot before—directly affected by a disaster such as this,” he said. “Today, we feel completely different about it because we’ve seen and experienced it firsthand. It’s an uplifting gift to see how people have responded. We decided to do Christmas bonuses early this year, with additional contributions from various vendors and individuals.” Those donations from outside the company were a welcome respite for E. F. San Juan’s sixty-five employees (they employed eighty before the hurricane), and San Juan expressed his great thanks to all who have given back to the community in many ways. 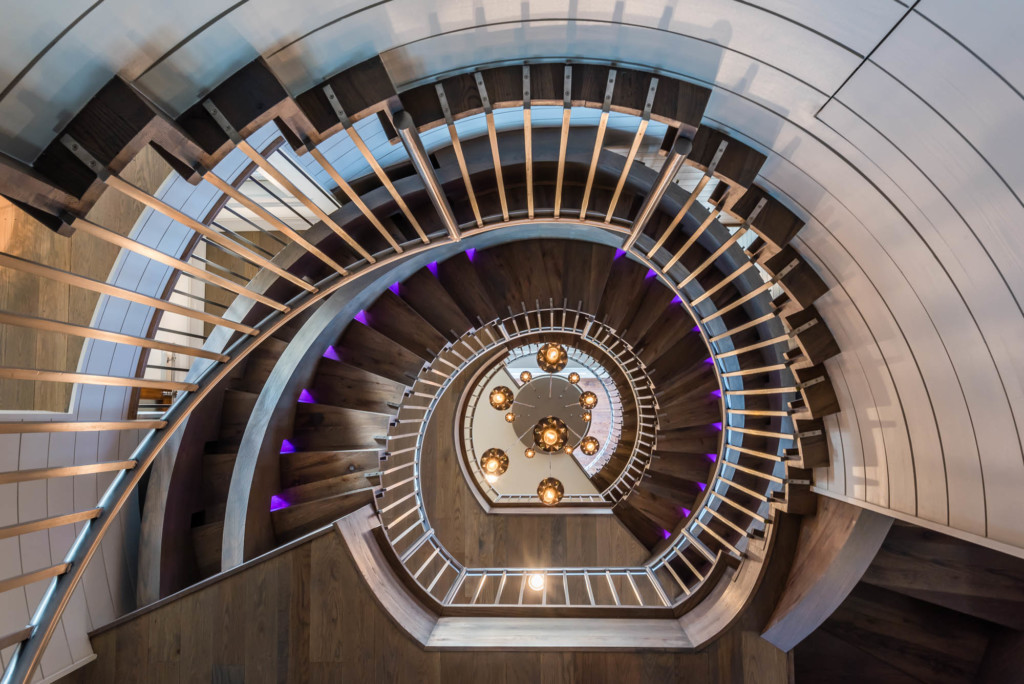 Businesses such as Northwest Florida’s The St. Joe Community Foundation, Disney, Alys Beach, Visit Florida, the Seaside Institute, and many others have made generous donations toward relief, while government aid and national organizations such as the American Red Cross, Salvation Army, and Volunteer Florida have been at the foreground of large-scale efforts. But it’s neighbors, friends, and local nonprofits that seem to be making huge impacts across the Florida Panhandle and parts of lower Alabama and Georgia. They have made supply runs almost daily since the storm hit, helped cut and remove fallen trees and debris, secured tarps on damaged roofs, and offered helping hands and shoulders to cry on for survivors. Donations, especially monetary ones, are still very much needed as these organizations continue to help people rebuild their lives.

Despite the obvious setbacks, San Juan and his team have found another silver lining as they rebuild their facilities after Hurricane Michael.

“It was an opportunity to slow down a little bit, think about what we needed to do, and make improvements and changes to our facilities and our processes, procedures, and technology,” he said. “This gave us the chance to make those improvements and come back better than before.”

The company was back up and running just a couple of weeks after Hurricane Michael struck, and San Juan and his team have worked tirelessly since then to get back to full capacity. Their offices recently received a new roof and drywall, new paint, and new carpet, and the hardwood flooring was equalized and refinished. Concrete for the foundation of the new production facility was poured on January 7.

“I think everyone on our team will feel the effects of the hurricane for years to come,” said San Juan, “but everybody is glad to be working, and we’re looking forward to a new year.”

A long road to recovery lies ahead for the area affected by Michael, but in the storm’s wake, a united community rises with a clear vision of a much brighter future.