Deciphering Between a Weed of Wildflower

It’s Really Up to You

Q: I have quite a few weeds in my lawn and in my flowerbeds, and I try to keep them under control by pulling them. I worry, though, that some of the seedlings and small plants I’m removing aren’t weeds at all but wildflowers. How can I tell the difference? 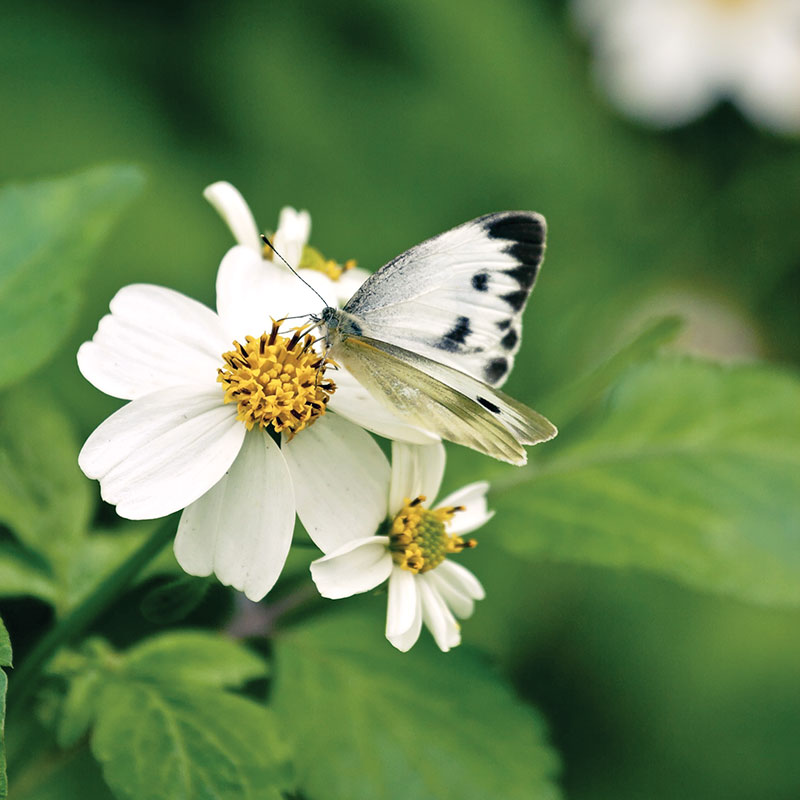 A: Some people, including me, define a weed as any plant that’s in the wrong place. If you have a daisy pop up in the middle of your rose bed, it’s a weed in that context. That said, some people admire the look of certain plants that others consider weeds. Case in point: Bidens alba, also known as Spanish needles, which spreads aggressively and produces small brown “needles” that stick to everything, in addition to small white flowers. Having fought with it over the past several years, I consider it a weed; it simply won’t behave. It does go dormant in winter, which gives me hope that I can get an early start on it for next year. Meanwhile, one of my neighbors lovingly waters her Bidens and enjoys the butterflies it attracts.

In many ways, it simply comes down to how much time you have to devote to weed control. Using pre-emergent weed killer in fall to stop spring and summer weeds from sprouting is one method, but you’ll probably have to handpick a few stragglers in spring anyway. But you have to remember to apply the herbicide at the right time and in the right quantities. Frankly, I often forget until it’s too late, so getting control of weeds in early spring becomes a priority. Granted, most of them will die out when cool weather returns, but then you have to deal with the cool-weather weeds — if you didn’t apply the pre-emergent herbicide at the right time for them. It’s an ongoing cycle, the price we pay for living and gardening where winters tend to be mild.

I suggest you pick your battles. While Bidens remains on my hit list, Florida betony has nice little purple flowers, and I have convinced myself it’s not that bad — rationalization, perhaps, but it’s almost impossible to eradicate once it’s established. This is especially so if you try to limit the use of chemicals in your lawn and garden.

If you happen to like the look of what some of us consider a weed, let it stay. It’s your garden, and you can label it a wildflower if you want to. Just realize you likely will still have to work to keep it from taking over.