Ten years ago, Mike Ragsdale looked upon the alabaster facades that uniformly characterize the buildings at Alys Beach in South Walton County and saw something more than white walls.

The founder of The 30A Company, a brand that promotes kicked-back beach life, Ragsdale viewed them as empty canvasses that artists might paint with projection art.

Kelli Siler, the director of events at Alys Beach, was around for Ragsdale’s epiphany and wishes that what would become Digital Graffiti, a highly regarded art festival known internationally, had been her idea. Instead, it has been substantially up to her to speed the evolution of the event through its first decade.

“Projection art is a fairly new art form, and I can recall our first years when we had to try to explain what we were doing,” Siler said. “And, if you’ve never witnessed projection art, it is not an easy concept to picture. Today, though, it’s advanced to the point where artists are doing it not just for commercial applications, but simply as a way of creating art.”

Alys Beach continues to grow and Digital Graffiti has grown with it. More buildings make for an enlarged blueprint for the festival with more projection stations.
This year, the festival also stands to grow owing to its participation in Art Week South Walton, an initiative of the Cultural Arts Alliance of Walton County. The alliance is succeeding in consolidating several events beneath the Art Week banner.

Art Week began to become a reality after the alliance acquired the Seaside Writers Conference, explained CAA Executive Director Jennifer Steele. A year ago, the alliance co-promoted the conference and its long established ArtsQuest as parts of the same whole. (ArtsQuest is a juried art show and art sale that is in its 29th year.)

This year, additional events have been added to the alliance’s Art Week, including, notably, Digital Graffiti.
“We’re finding that it is to everyone’s advantage from a marketing standpoint to combine forces,” Steele said. “We’ve already achieved success given the number of partnerships Art Week has generated.” 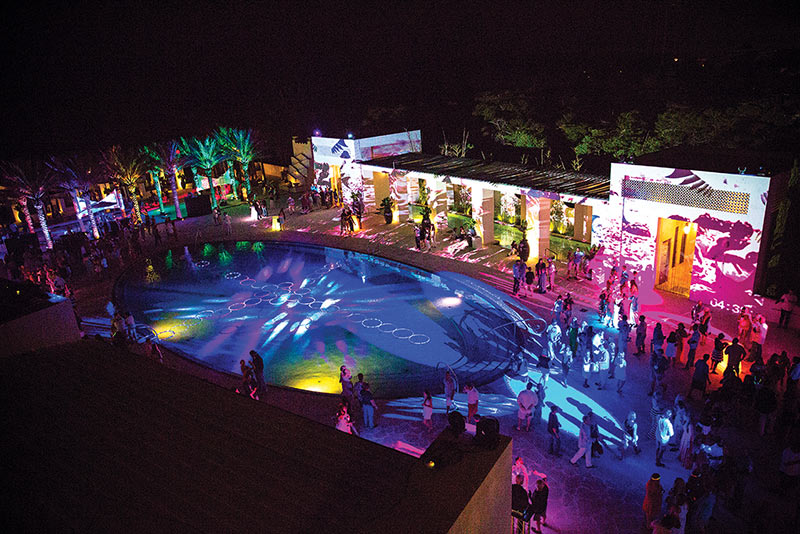 There is strength, it seems, in the number, one, and Siler is fully on board.

“Our call for entries is highly targeted,” Siler said. “Art Week is spreading awareness of Digital Graffiti among artists representing other genres and their followers.”

Nothing says that Digital Graffiti cannot build on its already global reputation. When asked whether she has seen any interplanetary entries this year, Siler said, “No, but we’re working on Mars.”

Again this year, Digital Graffiti will bring to town four artists in residence, but they will arrive just nine days prior to the festival, a departure from previous years when they arrived months earlier. They will participate May 12 in an Art Week kickoff party that will serve, in part, as a Digital Graffiti sneak preview.

Art Week is intended to enrich all who attend, to advance artists and writers and to benefit the community. In the latter regard, the alliance works closely with the Walton County Tourist Development Council, from whom it receives a marketing grant, to stimulate visitation, and to, as Steele says, “demonstrate that we have much more to do here than enjoy the Gulf of Mexico, as fabulous as it is.”

Too, proceeds from Art Week are dedicated to the alliance’s Art for All program, which provides for art education. 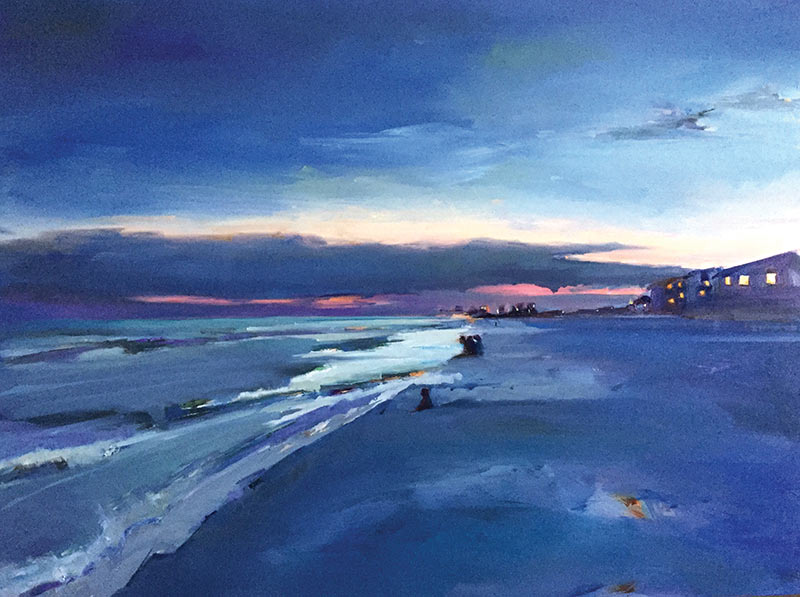 Painter Kathleen Broaderick’s favorite subjects include Gulfscapes and the most colorful of birds — flamingos and roosters and such.

Kathleen Broaderick is among artists whose careers were kick-started by ArtsQuest. She had been an art teacher for many years in Niceville when she elected to take a figure drawing class at Northwest Florida State College. There, she participated in a student art competition and was among three students selected to exhibit her work at the college’s booth at ArtsQuest.

That exposure launched her as a professional artist, and today she enjoys a productive relationship with the Galerie du Soleil in Naples.

“I am thankful for the opportunities that ArtsQuest extends to artists,” said Broaderick, who works in oils, but uses a technique that produces a watercolor effect. “I would have been content to be an art teacher forever, but when my career as an artist took off, I found that I had to give it up.” (And she traded Niceville for Miramar Beach.)

Art Week, it becomes clear, is a transformational experience led by people whose lives have been transformed by art.

Like Broaderick, Dr. Seth Brady Tucker is not far removed today from the onset of his commercial success as a creative. A poet and author, he published his first book, “Mormon Boy,” a collection of poems, in 2012, the year in which he earned his doctorate in creative writing from Florida State University. He is a co-founder and co-director of the Seaside Writers Conference and will be a presenter this year.

The conference, Dr. Tucker said, “provides the local area with a means to meet some of the best writers of the day and learn from them, and also creates an inviting and welcome community of writers to learn from and befriend. I look forward to this conference more than anything else I do, even though it’s the most difficult undertaking in my life.

“To the conference, I bring enthusiasm and joy and my hard work — and a pack of wonderful people who also happen to be great artists and teachers, whom I try to emulate at every turn.”

A native of Wyoming who lived for a year in Seaside while working on his dissertation — and bartending and waiting tables at Borago’s Italian restaurant — Tucker has a close relationship with Florida’s Gulf Coast.

“When I was hired at the Colorado School of Mines (in Golden), I had to leave the beach behind, with regrets,” Tucker said. “It is nice to live closer to my family, and I love teaching, but a good chunk of my heart will always reside in Northwest Florida.”

Tucker has written a poem about the comic book character, Popeye the Sailor, in which the one-time hero is down on his luck, living in a flea-bag hotel room “like a fly sucked up in a sweeper bag,” as the poet W.D. Snodgrass once wrote, and draining bottles of booze.

With a nod to that poem, Tucker is asked to consider a healthy Popeye and complete a sentence: Spinach is to Popeye as …

Responded Tucker: “as Poetry and Prose are to Grace.” It would be great to have the chance to ask Tucker to unpack that answer.
And, in May, conference attendees will. 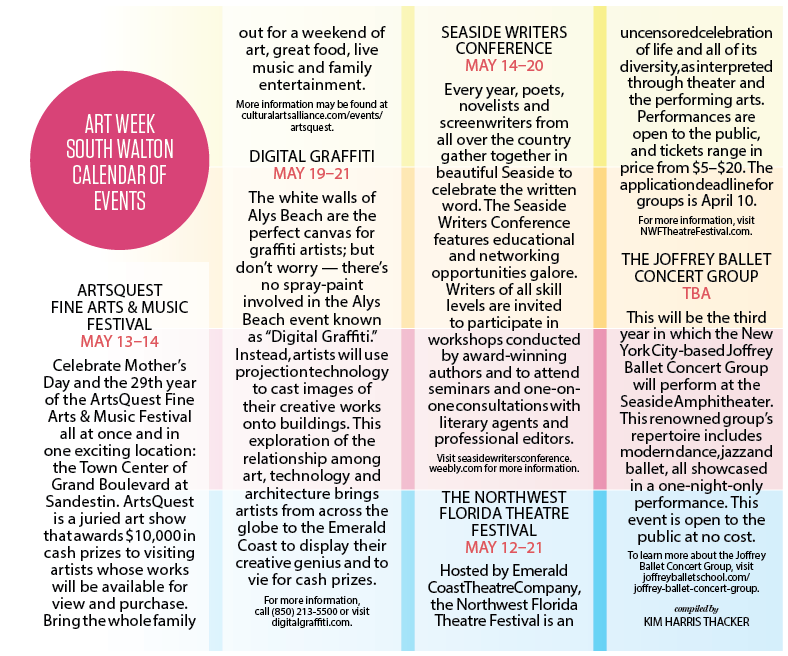