After Chemo and Radiation, Cancer Can Leave Survivors Struggling With Lingering Aftereffects 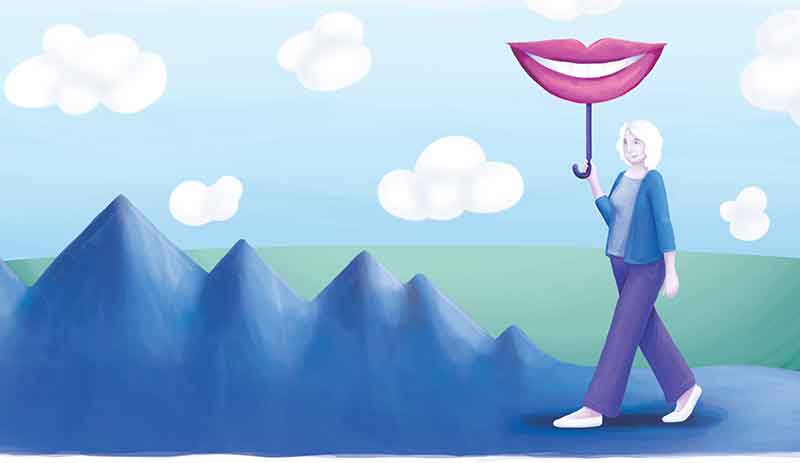 I recently ran into an old friend at a wedding who kept looking at me and repeating, “I can’t believe how good you look.” That’s normally quite a compliment, but in this case I knew what she meant. Not yet two years out from completing a regimen of surgery, chemotherapy and radiation to battle Stage 3 breast cancer that was not picked up on a mammogram, I was finally returning to looking like my old self. The hair was a bit shorter and thinner but my overall self was looking like the BC (Before Cancer) me.

As I passed the two-year cancer-free mark in mid-July, I felt blessed and confident of the future. And I still am. Family, friends and business acquaintances often assume that once the treatment is over a survivor has no more issues — “You’re cancer-free!” — and I have definitely encountered that. My usual response is to jokingly say, “Cancer is the gift that keeps on giving.”

Most cancer survivors don’t talk about what life is like after treatment is over. We’re just so thankful to be done with the grueling regimen that controlled our lives for months on end that we only wish to talk about how much better we feel and how happy we are that we beat the demon.

But for many there are aftereffects from chemo, from radiation and from medications we have to take in hopes of staving off a recurrence. These lingering reminders of the physical battle that was waged can have a major impact on our daily lives. The National Cancer Institute calls it the “new normal” that we all need to deal with but can be quite unprepared for. In the NCI pamphlet “Facing Forward,” available through cancer.gov, one survivor admits, “I had very unrealistic expectations of wellness, and so did my family and friends. This led to a great deal of worry.” He is not alone.

I started feeling pretty good a couple of months after finishing radiation. But then the first medication I was put on began to cause severe joint and leg pain. Some days at work I felt I could barely walk after sitting for a few hours and then trying to get up. The doctor ended up prescribing an anti-depressant that had an off-label use of combating the effects of the cancer drug.

Soon I was getting migraine-like headaches, which I had never experienced before. Another anti-depressant, with the off-label use of fighting migraines, was prescribed.

The anti-depressants did help lessen the joint pain, but the headaches continued. Meanwhile, I was constantly tired and having trouble focusing. And I was gaining weight, about 20 pounds, which was the opposite of what I was supposed to be doing.

Then, on Mother’s Day this year, I ended up with a three-day hospital stay to battle cellulitis, a nasty skin infection — caused by a tick bite under my arm on the side where I had the mastectomy (and no more infection-fighting lymph nodes). Who knew a tiny insect could cause so much trouble? I had been warned not to have blood drawn or my blood pressure taken on that arm, but no one ever mentioned being careful about bugs — or even that cellulitis could be a concern. A Google search when I got out of the hospital, however, revealed that cellulitis is common among breast cancer survivors. (We now have several bottles of insect repellent with DEET scattered around the house.)

And, of course, there is always the nagging worry about recurrence. I usually avoid reading cancer-related blogs — don’t want to get too worked up about something that might never happen. But I do get worried when I feel certain pains or am overly tired. I’ve had a brain MRI and a PET scan (a medical imaging technique) to check on whether the cancer has popped up elsewhere. Luckily, it hasn’t. (Although the oncologist scared the life out of me when I saw his name show up on a Saturday morning call. He just wanted to let me know that the test came out clean.)

Today, I am off those original medications, including the two anti-depressants. I am on a different pill that doesn’t have the same side effects, although I still have days when I am very tired and need to make myself rest. I stopped taking the medication that was supposed to help with the numbness left in my feet and fingers from the chemotherapy because it was making me lightheaded and dizzy. I’ve just learned to live with neuropathy, which isn’t bad once you get used to it — although tramping through the South Dakota snow during a pheasant hunt last fall made it a tad more painful for my cold feet.

Some compare surviving cancer to a marathon. It isn’t a sprint that is soon over. It takes time and determination.

Mary McCabe, RN, director of the Cancer Survivorship program at Memorial Sloan-Kettering Cancer Center in New York, is quoted in a feature on WebMD as suggesting:

“Make sure your family and your officemates understand that just because treatment is over, that doesn’t mean that you’re going to be able to jump right back into running the carpool, coaching soccer and traveling to conferences a week out of every month.

“Everyone’s ready for treatment to be over, not just you, and although they’ve been supportive, your friends and family may be expecting you to spring back right away. It’s an education process. They need to understand that when the therapy stops, that doesn’t mean that the effects of the therapy stop immediately.”

So, next time you see a friend or relative or acquaintance who is a cancer survivor, they might not talk about it but be aware there may be a lot more going on behind that smile than you know. Our bodies have been hit with toxic chemicals and intense radiation and there are bound to be lingering effects, some of which we may not realize for years. We all, however, still want to hear that we’re looking good — because it’s an important reminder of just how far we’ve come.