A Tribute to ‘The Truman Show,’ A Community Score

It is funny how things in life sometimes work out. One day you are sitting at your desk, loving your mid-level management job to match your mid-20s, and the next day you are sitting at the Holiday Inn Sunspree Resort in Panama City Beach with high-level executives from Paramount Pictures discussing why your piece of paradise is ideal for a major motion picture. And so my involvement with “The Truman Show” film began …  just like that.

They say it’s “who you know” that matters in show business. And in my owner relations job, as is still the case today, I worked directly with Seaside homeowners. A call from Seaside’s director of marketing insisted that I be engaged in the process from the beginning. And so, as requested, I reported to Seaside at 7 a.m. the following morning to begin my first (and likely last) foray into Hollywood films. 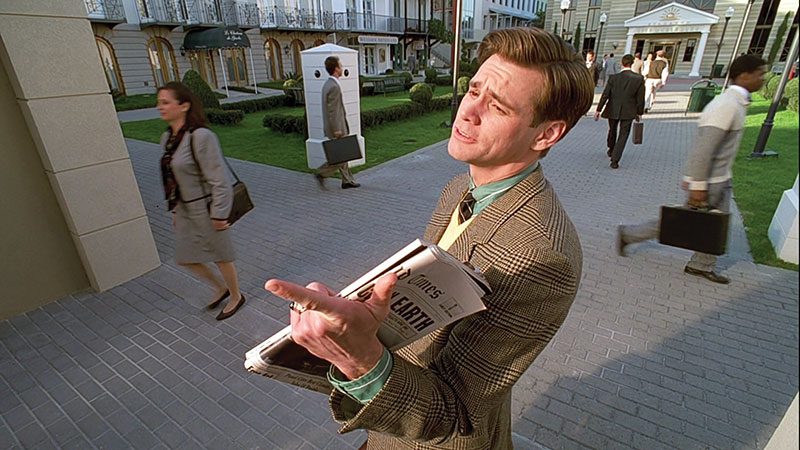 The initial meeting turned into multiple site visits, and with each visit the guests seemed to be increasing in notoriety. Formal negotiations began, a deal was reached and the rest is Seaside and silver-screen history. And, yet again, my relationship with Seaside’s owners would offer me an experience I’ll never forget and one for which I will forever be grateful. Beth Folta, a former colleague at the executive level, was named the primary liaison to Paramount. And who became her on-the-ground, day-in-and-day-out, “jack-of-all-trades-find-this-yesterday” person? You guessed it … me.

Here are some of my personal memories of when the “big time” came to our beach town 17 years ago:

“The Truman Show” was a big question for a lot of us in the early days. To be asked to help rally the owners around the cause was sometimes unsettling because of the unknowns. But I did believe firmly in the long-term marketing value, the short-term influx of business during what was traditionally a very slow time, the benefit of the school to the community and, finally, the ability to execute the plan with minimal effects to the residential areas.

I hear people argue whether Michael Jordan or Wayne Gretsky actually said the phrase, but one thing is for sure: “You miss 100 percent of the shots you never take.” “The Truman Show” was a community shot, a community effort and a community score.