We stop by some of the region’s top tackle shops

Fishing, once an angler moves on from BreamBuster poles and baskets of crickets, is an equipment-intensive pursuit. Every aspect of the sport, from line and lures to rods and reels and guide shirts and deck shoes, constantly evolves. Why a fish would prefer a current-model-year lure to one that was successful last year is an enduring mystery, but anglers nonetheless find that the latest tends to be the greatest.

Outcast Tackle & Marine, Pensacola
Chase Birdwell said that NOMAD DESIGN DTX MINNOWS are proving popular this summer. The high-speed trolling lures are equipped with a large bill that causes them to dive deep, and they are durable enough to keep running straight after multiple battles with bruising pelagics.

“A lot of people use them for wahoo,” Birdwell said, adding that the lures retail for about $34 a copy. “But they’re worth it.”

Outcast is a saltwater shop that equips bottom fishermen who work to tempt grouper from the rocks with cut and live baits and bluewater anglers who drag lures behind sportfishing yachts in pursuit of billfish and tuna. Many prefer the versatility of a two-speed reel.

Birdwell said the offshore crowd is biting this year on the SHIMANO SPEEDMASTER II LEVER DRAG REEL, which at $245 is one of the more affordable reels in its class. 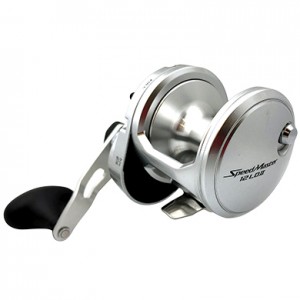 Howell Tackle, Panama City
Chris Rushing is tempting inshore anglers with the SHIMANO TWIN POWER FD spinning reel ($399.99), which is new to the market. The tightly sealed reel is equipped with a Silent Drive system that eliminates noise and vibration due to parts that have been designed to micro-tolerance levels.

“It has a bearing count of 10, and it’s smooth,” Rushing said. He likes to pair it with a 7-foot, medium-light, graphite rod such as the ST. CROIX LEGEND MODEL LTIS70MHF, which is ideal for reds, specks and flatties, he said. 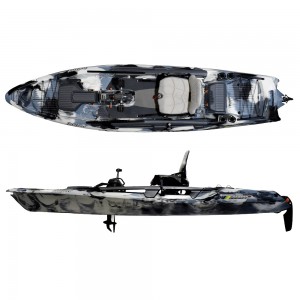 At 120 pounds, the Dorado is a wee hefty, Lange said, and is best suited to a truck bed or a trailer. It may be upgraded to electric power, bringing the total price to $3,800.

Lange is turning offshore anglers on to the STAR PLASMA II SLOW PITCH JIGGING ROD ($235). This fishing stick is equipped with spiral wrap guides that prevent tangles at critical moments and counter the tendency for a rod to rotate in an angler’s hands when fighting a big fish.

Lange suggested using it with diamond or butterfly jigs and coupling it with a Penn Fathom 30 single- or two-speed reel or Seigler’s Small Game Narrow (SGN) model. The Plasma II in the 30–50 pound class, while remarkably strong, weighs no more than a bass rod.