The Art of Kimchi

You’ve probably heard of kimchi, but do you know what it is?

Strictly speaking, it’s a traditional Korean dish, used as a condiment and made of salted, fermented vegetables — the most common of which are napa cabbage and radish — which are combined with seasonings that often include chili powder, spring onions, garlic, ginger and salted seafood.

While cabbage and radish may be the most frequently used veggies in kimchi, there are actually hundreds of varieties of kimchi made with different vegetables as the main ingredients. And while that may be a pretty interesting fact, the kicker comes in its history. Back before the days of refrigeration, kimchi was stored in the ground, using large earthenware containers to prevent it from freezing during the winter months. This was actually the main way of storing vegetables throughout the seasons. During the summer months, the in-ground storage kept the kimchi cool enough to slow the fermentation process. These days, special kimchi refrigerators are used to store kimchi and keep it fresh.

To dig a little deeper into this Korean staple, we go back thousands of years. There are actually indications that kimchi was eaten all the way back in the times of the Three Kingdoms of Korea (57 B.C. to 668 A.D.), though it became most prevalent during the Silla dynasty (57 B.C. to 935 A.D.), when Buddhism became more widespread and people had begun to embrace a vegetarian lifestyle.

Before the grand invention of refrigerators and all the conveniences that little gem afforded, pickling vegetables was an ideal way to extend the lifespan of foods and help preserve them. In Korea, kimchi was made during the winter by fermenting vegetables and burying the whole mixture in the ground, using traditional brown ceramic pots called onggi to store it.

“Now, we can make kimchi any time and have fresh kimchi anytime we want,” said Ji Bushell, who lives in Panama City. “It used to be that kimchi was an important way to have vegetables to eat all year, even in the cold winter months. In the old days, it took a long time to make, but now you can make it in about a day.”

Over the centuries, making kimchi also became an exercise in bonding for women in a family. That experience has been a part of Korean culture for generations, and it still continues today — even among families in the U.S. 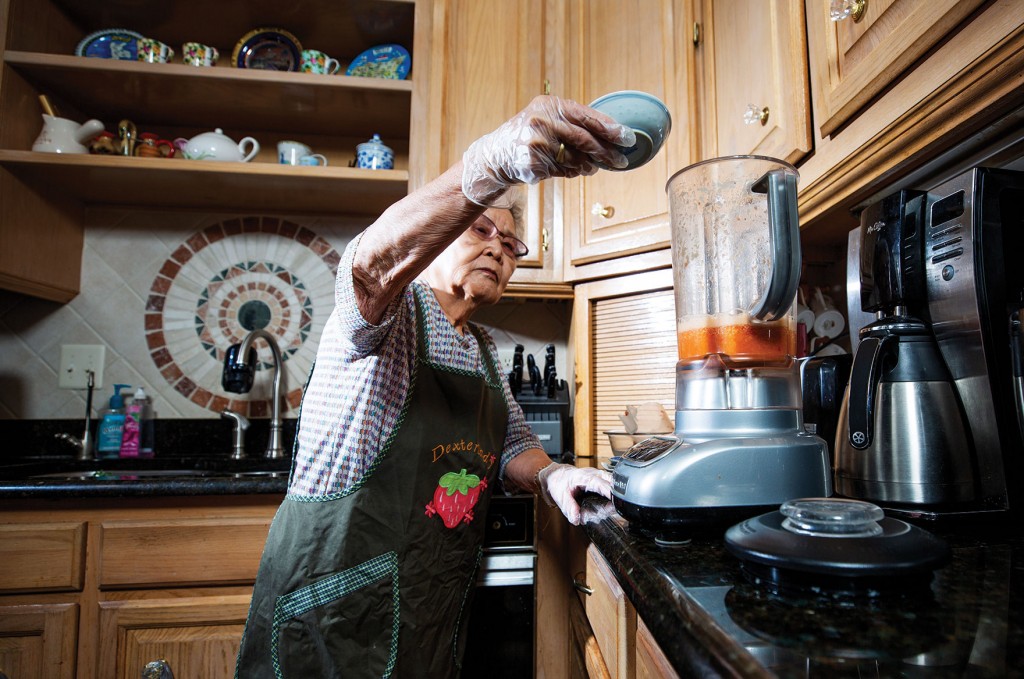 Ingredients used by Ock Ja Yoo in her making of water kimchi include dried hot pepper, red bell pepper, garlic salted baby shrimp and ginger root, along with a mix of flour-and-water. She harvests many of the ingredients from her own vegetable garden. Photo by Mike Fender

“Koreans don’t really have a lot of recipes written down, especially for kimchi — it’s just something we learn by watching and doing,” said Michelle Yoo of Fort Walton Beach, a 30-year resident of Florida. “You watch the women in your family make it — your mothers or aunts or grandmothers — and learn to make it from them.”

The variety is something that many Koreans appreciate, as well.

“There are so many types, and each has its own unique flavor,” said Yoo, the mother of two U.S.-born children who have also learned the art of making kimchi. “It’s been part of our meals for 5,000 years, and it’s a good way to eat vegetables all year-round. You make a lot at once and then keep eating it throughout the year.”

An important thing for making kimchi is also the brining water. While the water used to soak the cabbage or whatever vegetable is the base of your kimchi should be salty, it shouldn’t be overly so. Nor should the seasonings used to flavor the kimchi. Seasonings include chili powder, scallions, garlic, ginger and salted seafood like shrimp or anchovies.

So now that you know what kimchi is, you need to know how to eat it.

“It’s a side dish, so we eat it with rice or soups and stews,” Yoo said. While kimchi can be eaten alone, it is usually eaten with white or brown rice and is also used in the recipes of other traditional dishes, including porridges, soups and rice cakes. Kimchi is also the foundational ingredient for dishes including stew, kimchi pancake, kimchi soup and kimchi fried rice.

“Traditionally, we eat kimchi with pretty much every meal,” noted Bushell, who has been living in the U.S. for more than 40 years.

The benefits of the dish are also important to note: It’s low in calories and high in dietary fiber as well as being an important source of probiotics.

Here’s How to Make It: Cabbage Kimchi 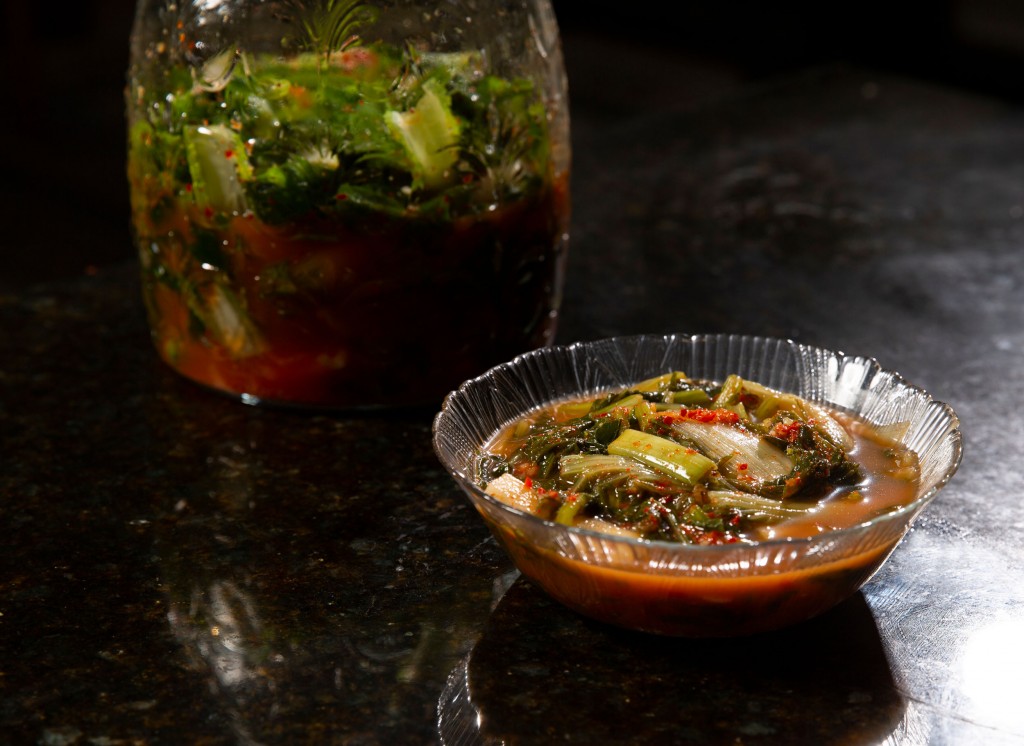 Meanwhile, combine the rice flour and water in a saucepan and cook over medium heat, stirring about 10 minutes, or until it bubbles. Add sugar and stir until the mixture is slightly translucent and thinned. Remove from heat, and cool to room temperature.

Rinse the cabbage under cold running water, ruffling the leaves to remove any dirt and excess salt. Split each half lengthwise into two pieces. Drain well.

Put the cooled mixture and remaining ingredients in a large bowl and mix well to create kimchi paste. Leaving the cabbage quarters intact, spread kimchi paste over each leaf. Pack the cabbage quarters into glass jars or other airtight containers and cover. Let stand at cool room temperature until the surface bubbles and the kimchi smells and tastes sour, up to two days, depending on how warm your kitchen is. Once the kimchi is fermented, refrigerate.