Stories From The Heart: Steve Clark

Giving thanks to the hospital that gave him his world

Steve Clark serves as a Sacred Heart Foundation board member as a way of giving thanks.

He goes above and beyond to support the Children’s Hospital because both of his daughters “literally owe their lives to Sacred Heart.”

Steve’s first daughter, Amy, would not have survived without his wife, Charleen, undergoing an emergency C-section when the infant went into acute distress during labor.

Three years later, their second daughter, Caroline, was born premature at 31 weeks, weighing 3 pounds, 6 ounces. An isolette in the Neonatal Intensive Care Unit (NICU) sustained her while she gained weight. At that time, the Clarks had no local family and few resources.

Charleen had little Amy to take care of at home, and their one vehicle was Steve’s transportation to work. Thus, circumstances dictated limited visits to the NICU.

Yet they had no doubt that Caroline was being given the very best of care. They saw that the NICU staff treated their miniature patients as if they were their own children. 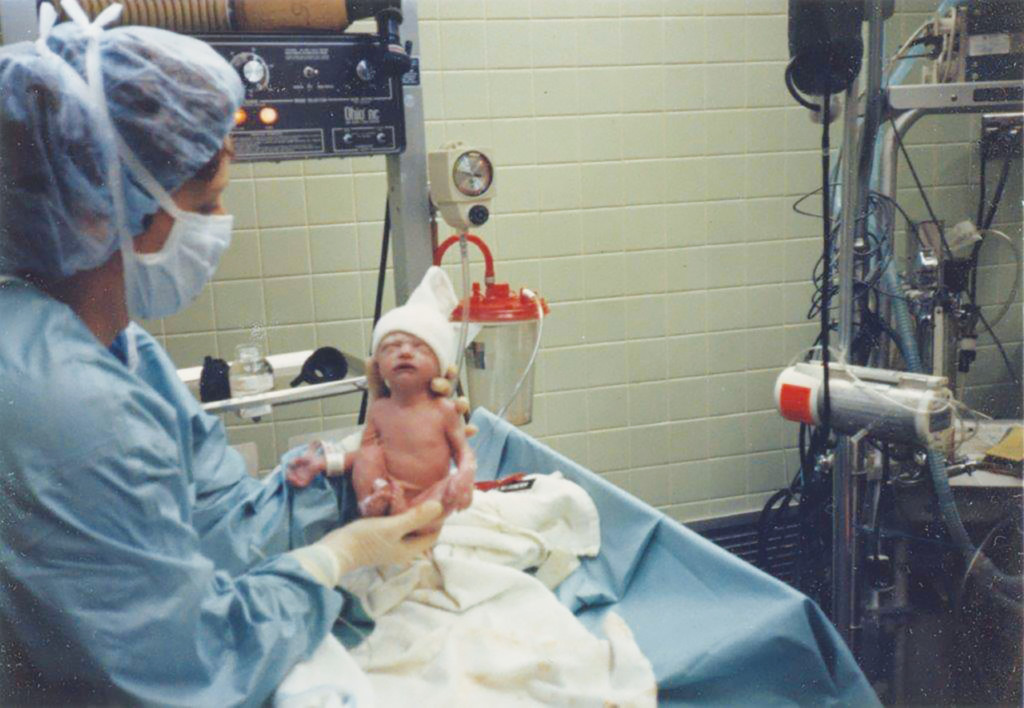 Charleen describes their baby’s charge nurse Vanessa as “an absolute angel sent from God,” always attentive, keeping them up to date with reassurance. And she provided the personal touch that made it an incredible experience for them.

For example, she called Charleen to tell her about the first time Caroline was allowed out of her isolette after being outfitted in a diaper and diaper shirt from the NICU’s clothes closet for preemies.

But the infant fussed and wouldn’t settle down until they went back to the closet, selected the frilliest little dress they could find and put it on her, complete with a bow on her head made of handy wipes.

Laughing, Vanessa told Charleen: “You are going to have your hands full!”

Steve himself was an “Army brat raised all over the world” before earning his bachelor’s and master’s degrees in health education at the University of South Carolina.

For the past 23 years, Steve has owned and operated New School Selling, business development and marketing firm in Navarre where he and Charleen reside.

“It’s not that far from Pensacola, but it’s far enough that many people I run into don’t even know we have a Children’s Hospital, much less what it does.”

As a board member, he seizes every opportunity to promote the hospital’s mission.