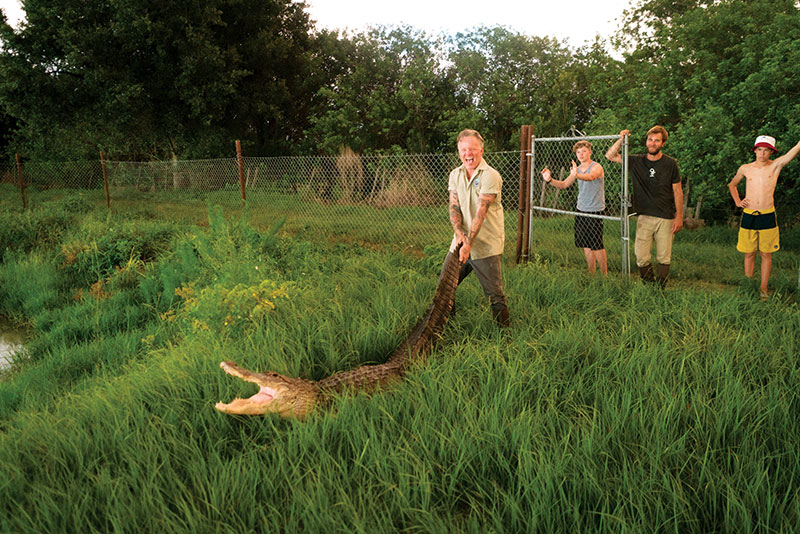 Photographer Sean Murphy — that’s him with a gator by the tail — took a turn in front of the camera when he appeared in a commercial for KULA Coolers in 2016. The shoot took place at an alligator farm in Arcadia. Murphy was joined on location by his kids, who weren’t sure what to make of Dad’s apparent death wish.

Sean Murphy grew up exploring the swamps of the Florida Panhandle as the son of an Air Force fighter pilot before working as a deck hand and then landing at the New England School of Photography. These days, he divides his time between Fort Walton Beach and Los Angeles. He is internationally known for creating award-winning campaigns for clients including Ford, Chevy, Old Navy, PlayStation, Walmart and Hard Rock. Via a current collaboration with Destin-based BOTE, a stand-up paddleboard company, he has helped create and disseminate the voice of the brand throughout the world. His portraits of charter boat captains and mates (beginning on page 102) are products of his admiration for watermen who lead people to fish and reconnected him with that time in his life when he hustled tips on fishing decks. 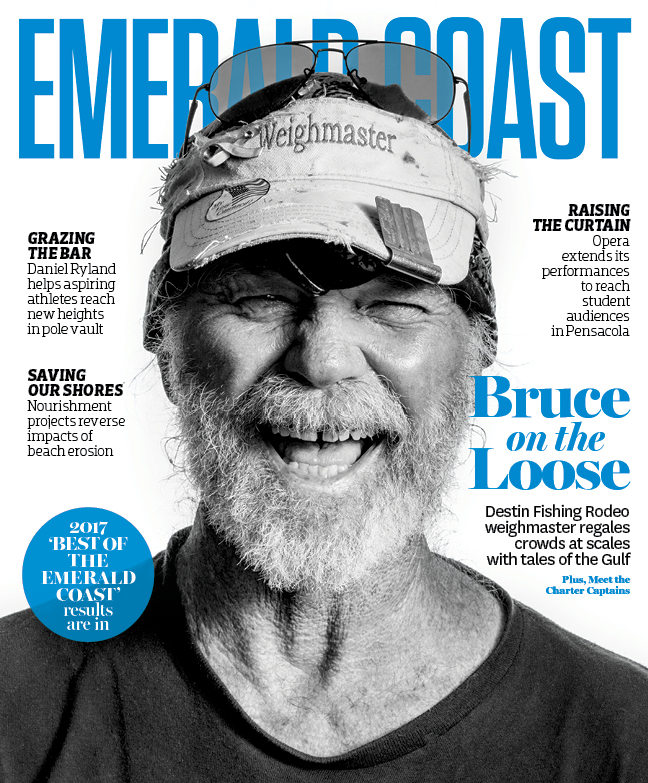 For more than three decades, Bruce Cheves has served as the weighmaster at the Destin Fishing Rodeo, engaging crowds at the tournament scales with stories he has collected in the 40 years he has worked as a mate aboard charter fishing vessels operating from the Destin Harbor. Annually, Destin celebrates Bruce Cheves Day in recognition of his contributions to the success of the rodeo. Cheves never thought of himself as a cover boy, but “Hey, mate,” this one’s for you.