When you experience symptoms of concern, you go to the doctor.

A visit to a primary care physician may lead to referrals, tests, medications and procedures. Figuring out what’s wrong can be an exhausting process. In extreme cases, people may be left after months or even years without answers and without relief. “Eventually, Western medicine fails everyone,” said Anaya Palay, a doctor of Chinese medicine with the Calhoun Chiropractic Center. “At some point, your doctor is going to say, ‘There’s nothing else we can do.’ Just saying that gives me chills. I can’t imagine being in that position.” When traditional medicine doesn’t have answers, people may turn to alternative forms of treatment. Among the most popular — and often misunderstood — are acupuncture, cupping and cryotherapy.

Although usually associated with pain management or relief, acupuncture is used to treat a wide array of ailments. By lightly inserting thin needles at key points on the body, acupuncturists work to alleviate many chronic conditions including digestive issues, emotional distress, incontinence, allergies, heart arrhythmia and thyroid issues.

In Chinese medicine, good health is associated with a free flow of qi, or chi, throughout the body. Depending on the location and combination of needles inserted during an acupuncture session, the acupuncturist can pinpoint certain disruptions of qi that may serve as the underlying cause of symptoms.

When a new patient comes into Palay’s office, she takes a full hour to assess every aspect of the patient’s state of being. A patient may complain about stomach pain, but Palay is still going to ask about eyesight and sleep. In Chinese medicine, it is crucial to see the full picture so that treatment is geared toward the underlying cause rather than just the symptoms.

“The body is its own ecological system,” Palay said. “If you are having a problem growing vegetables, you don’t just ask what’s wrong with the plant, you look at the soil it is growing out of. That is how we treat the whole body.” 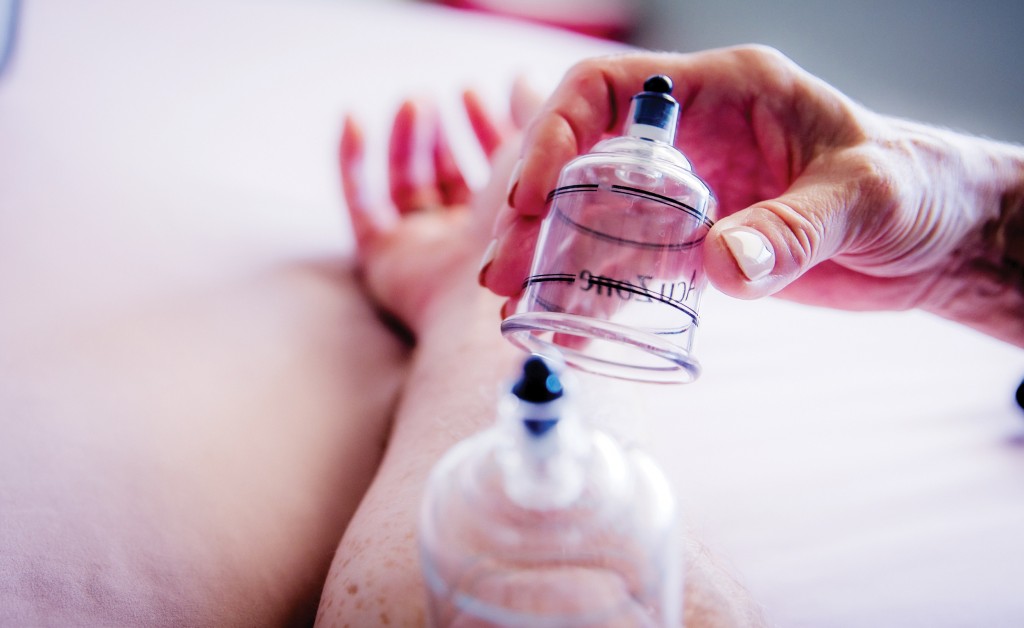 For example, cases of “blood stasis” are often treated with cupping. This is a condition recognized only in Chinese medicine and characterized by a slowing or irregular flow of blood that may cause pain, fatigue and stiffness.

“In Western medicine, we know that there is no such thing as blood that doesn’t move,” Palay said. “In Chinese medicine, there is this concept that blood can slow down or move in a jagged way.”

That condition may result from injuries or arthritis. Cupping, or applying suction to certain areas of the body using special cups, draws additional blood into the area of treatment. The practice is believed to correct the irregular flow of blood so that muscle tissue is properly nourished.

Many Americans got their first exposure to cupping at the 2016 Rio Olympics when swimmer Michael Phelps was seen to compete while covered in circular reddish-purple marks that had the whole country asking questions.

Palay explained that athletes use cupping to draw blood into heavily used muscle groups to flood the tissue with oxygen and improve muscle performance. This increased blood flow is also said to maximize the bloodstream’s carrying capacity for waste byproducts of muscle metabolism.

Little modern research addresses the purported benefits of cupping, but there is a great deal of anecdotal evidence that suggests the practice is effective and low-risk.

Unlike cupping, some forms of alternative healing can be dangerous when improperly practiced. That is why Tara Santosuosso of Pensacola’s Chill Cryotherapy takes a no-nonsense approach to safety at her practice. 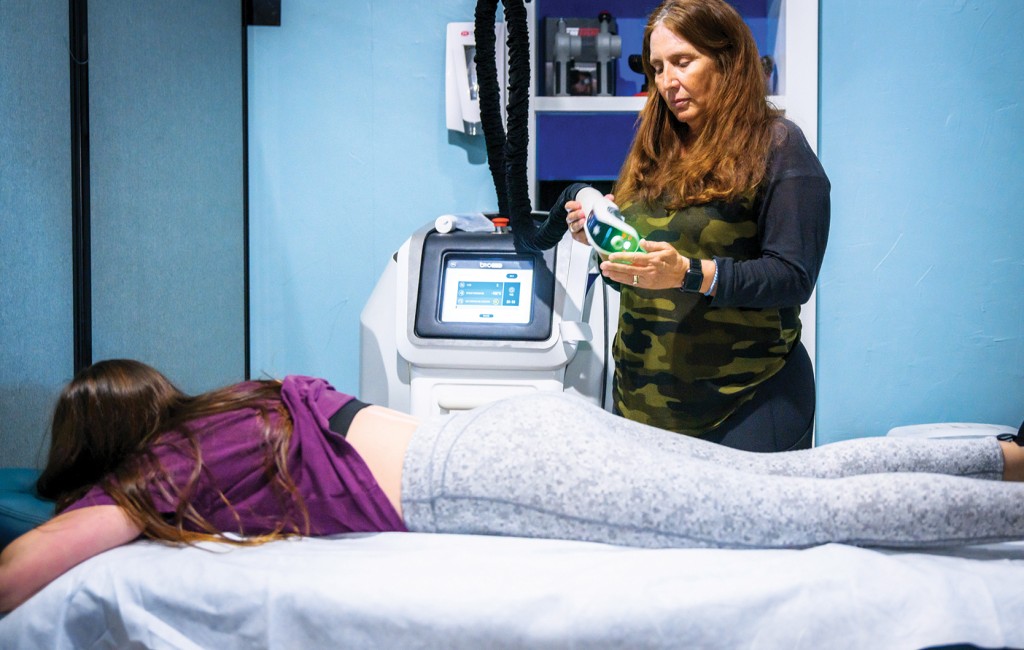 “I wish Florida required a license to practice cryotherapy because I think a lot of people open these clinics thinking they will make a lot of money, but they don’t research the proper procedures or educate their clients,” Santosuosso said. “I would say 90 percent of people in the business should not be.”

Cryotherapy is the broad term for a variety of treatments that involve exposing the body to sub-zero temperatures. Most popular with athletes, cryotherapy is used to decrease inflammation and boost metabolism. Among non-athletes, cryotherapy is used to alleviate chronic pain, stress and symptoms of mental illness as your body responds to freezing temperatures by releasing endorphins. Additionally, certain forms of cryotherapy have been shown to help kickstart weight loss by freezing fat cells and can even smooth out common forms of cellulite after multiple treatments.

“It’s not going to cure anything,” Santosuosso said. “I tell all my clients that. But if you have a chronic condition or an acute injury, and you don’t want to just be medicated, then it’s a really good alternative.”

Santosuosso has a few guidelines that people can use to be sure that a procedure is going to be safe and effective.

First, she recommends that people ask what type of unit they will be exposed to. If the unit uses nitrogen rather than electricity to achieve cooling, you should be provided with over-the-knee socks. If your head will be closed in, make sure you have a facemask to protect your lungs. In all circumstances, you should be provided with socks and thick mittens, and you should be completely dry. Additionally, avoid alcohol on the day of treatment, and don’t come in more than once every two weeks. Failure to adhere to  these standards can lead to lung damage, frostbite and liver complications.

“These are things I just don’t compromise on,” Santosuosso said.

The Reiki Way: Getting Bad Stuff All the Way Out