Cuttings do well when properly nurtured

Heat tolerant herbs such as rosemary can be used for culinary and ornamental purposes.

New rosemary plants can also be started with cuttings. Those most likely to root are taken from new growth on the top of the plant or the outermost parts of older stems.

Each cutting should have several leaves or leaf buds on its upper end. Ideally, cuttings are about 4 inches in length. Place them in water immediately after removal from the parent plant to prevent wilting.

Plant the cuttings in a well-drained container filled with lightweight potting soil. The stem should be inserted far enough so that the cutting securely stands erect.

Homemade blends of starter soils containing equal parts of clean sand, peat moss and perlite can be used. The application of a rooting hormone approved for use on edible crops will add to the likelihood of success.

Containers holding rosemary cuttings should be placed in a shady spot with no direct sun exposure. When new leaves and stems emerge, it is time to move them into the garden or landscape.

Be sure the new plant is watered regularly until established.

Rosemary does best in full sun exposure. It also is salt tolerant and does well in coastal areas.

Brown spots or dead patches in lawns may result from several causes. Insects, fungal disease and overwatering all can damage or kill turf grasses. Arrive at a solid diagnosis before beginning treatment to assure success.

It is time to prune azaleas and gardenias, so there will be no reduction of next year’s bloom. Mid-July is the cutoff point for pruning these spring bloomers.

Severe or radical pruning should be avoided, especially on hot days. Trimming and shaping will encourage the growth of new branches and leaves.

When the gap between rain events is too long during the warm summer days, supplemental watering of landscapes will be necessary. Be sure sprinklers cover the desired areas.

One watering of up to 1 inch is better than several light applications. The heavier watering will encourage deeper root growth and better drought tolerance, especially in sandy soils. 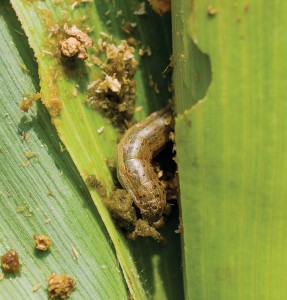 Caterpillars are usually noticed for the first time in home landscapes in early summer. When they are small and causing little damage, they are easily overlooked or dismissed, but this can be a serious mistake. Most caterpillars feed on a specific plant or a narrow range of plants. With few exceptions, they are not capable of stripping entire landscapes bare. Southern armyworm caterpillars, however, can create horticultural havoc. These nascent moths are attracted to a vast variety of plants in home landscapes, and they reproduce quickly. Eggs are laid in bunches, and they all hatch at about the same time. Unleashed on a lush environment, they immediately begin eating. These pests can go through four reproductive cycles during the warm season, with a generation replacing itself with hundreds of offspring. If caught in time, armyworms can be controlled with over-the-counter insecticides or by diligently picking them off plants. Birds will eat these caterpillars, but the caterpillars reproduce faster than the birds can consume them. Fortunately, the other caterpillars on the Emerald Coast area are far less destructive.