Staying connected in a new age of viruses

Maybe it was predictions of a “second wave” of Miserable Malady-19 that finally penetrated my mental resistance. I had my first coronavirus dream last night — nothing about spiky naval mines or tufted golf balls, but it was a COVID dream all right.

There I was, outside at night, in a strange city in nothing but my skivvies, knocking on the darkened window of some acquaintance’s house, desperate for shelter. My car was parked across the street behind me, but locked, and my keys were in my pants, wherever they were. All around was an ambiance of dread.

Through recent years, millennials have constantly tooted their own horns about “forever changing society,” that is, until COVID-19 stole their thunder. Of all past pandemics, COVID-19 will be the first one in the Digital Age, and so it is that the smile on the face of the Silicon Valley tiger now promises it will forever end the isolation of pandemic lockdowns by destroying space and time and joining us all as one global collective. The Borg should have nothing on us!

Real world people have traditionally “hooked up” through friends and family, common interest groups, professional matchmakers, and sometimes just the pure chance of love-at-first-scent. Now, with digital connections having become a status symbol, the one-time average of 150 social connections per person has skyrocketed, and as some bright spark once said, at some point a change in quantity becomes a change in quality.

Virtual classrooms, virtual proms, virtual funerals, but better yet, and a whole lot more fun, virtual dating! While not entirely a result of lockdown, the virtual dating trend has definitely gained momentum under social distancing and the promiscuous ministrations of the Facebooks, Twitters and Instagrams. Not to mention matchmaker apps like Hinge and OKCupid and others of a type continually popping up like virtual mushrooms on virtual cow pies after a virtual rain. And there’s something for everybody.

Subscribers who may be shy but are nonetheless looking for hook-ups via the matchmaker apps, appreciate the chance to slow down a rush to the bedroom in favor of getting to know beforehand who the selfie really is.

“If the virus doesn’t take you out,” texted one clever clogs, “can I?” Ghosting him virtually is way more comfortable than blowing him off in real time.

One researcher describes a virtual date involving a couple already hooked up but separated by the quarantine. Apart but together, they watched an Orson Welles movie, starting with the synchronization of smartphones, followed by fixing the moment to hit “play” on their intelligent pads. Then began virtual cuddling as the two exchanged comments about plot and characters at knitting speed.

But while old-school parents and Bible-thumping moralists nodded vigorously at the resurgence of hooking up at head level, rather than waist level, other digital visionaries whipped up such apps as Quarantine Together, mentoring cohabitation and wrapping itself in high-minded nannyism by including online exhortations to covivants about washing their hands regularly.

It wasn’t digital puissance that set off social revolution during past pandemics. Today, digital mind-melds apparently may offer relief from the scourge of isolation, but during the 1918 H1N1 pandemic, communications meant telephone and telegraph, and mass media meant telegraph-fed newspapers.

Diaries and interviews of flu survivors from that time reflect loneliness, alienation, desperation and anger. A survivor of the 1918 version of social distancing reported that flu fear had so curtailed her community’s life that the only person she might see in a given day was a neighbor peering through the window to check if she were still alive.

Psychologists who study PTSD believe there could be long-term COVID-19 effects because of the ineffable quality of life that we lose when we are isolated from the direct presence of others. That experience can undercut, sometimes to death, an individual’s psychological resilience.

Somebody said, “COVID-19 is like somebody struck a deal with the devil seeking respite from election-year politics!” Or perhaps it’s just a case of those who slept through history class being doomed to repeat it.

For ages, humanity has been plagued periodically by outbreaks of disease that terrorized and decimated, inevitably reshuffling the social order. In a 1300s epidemic, the decimation of Europe’s population paved the way for the destruction of feudalism and the evolution of our modern-day middle class. 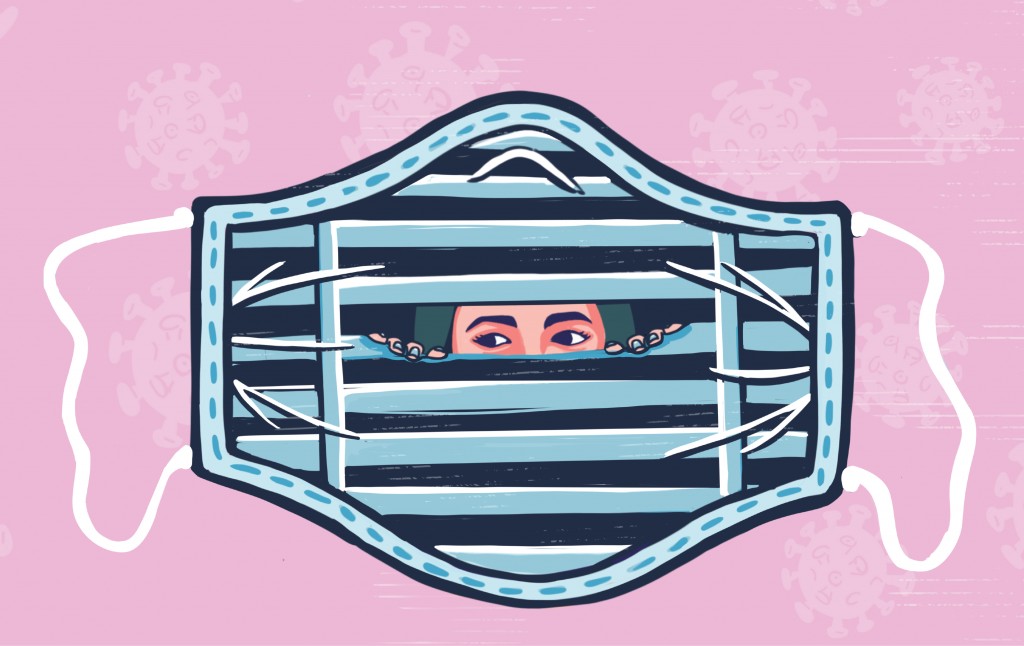 Disillusionment arising from World War I and the 1918 Pandemic led to the 19th Amendment to the Constitution, which enfranchised women as voters.

But it led to chaos as well. Hundreds in San Francisco, frantic at the flu’s invisible threat, joined the Anti-Mask League, a move they said was justified by the curtailing of rights during the quarantine. They went marching like lemmings over a cliff, a grand defiance that promptly sent the city, where everybody’s heart gets left, into a second deadly round of the “Grip.”

All the way back to scrolls and cuneiform tablets, people’s gut reaction when facing an epidemic has been to exercise social distancing, most often simply by “getting the heck out of Dodge.”

Fourteenth century Italian writer Giovanni Boccaccio tells about light-hearted youths junketing off to the country to escape the “Black Death.” Daniel Defoe, of Robinson Crusoe fame, chronicled the 1665 London outbreak, observing that the only way people knew to deal with it was to run away.

Florida is now witnessing the timelessness of that truth. COVID-19 refugees from high-density population centers like Atlanta, Nashville and others further north have flooded Florida beaches by the thousands.

Meanwhile, as scores of researchers around the world work feverishly to find an effective treatment and develop a vaccine for COVID-19, we’re encouraged to regard what’s happening as a strange sort of “war” where, so far, our best tactic is retreating from the enemy, laying down a cloud of hand sanitizer and tracking the toll of our wounded and fallen brethren.

But be of good cheer. This, too, shall pass, and once the vaccine is developed and the anti-maskers go home, there’ll probably be some fun with the anti-vaxxers! You gotta either laugh or cry!

Wynn Parks lives in Santa Rosa Beach and is the author of a novel, Rambulations of Andreas the Bum, whose opening pages concern a Barf-o-Rama, a Ouija board and a fire begun by a table that lurches on its own across a room.