Defuniak Springs Sees Its Past As a Key to Its Future

DeFuniak Springs was named after Frederick R. DeFuniak, one of the founding officers of the Pensacola and Atlantic Railroad, whose depot in the Panhandle became a thriving community and resort destination in the late 19th century. Officially founded in 1903, the city would become an epicenter for an intellectual revival movement known as Chautauqua.

The movement began in Chautauqua, New York, in 1874 at a campus devoted to educating adults in the areas of art, recreation, education and religion. Building upon its success, similar assemblies became popular around the nation, each taking on the name of the original event’s birthplace.

Theodore Roosevelt famously claimed Chautauqua to be “the most American thing in America.”

“The TED talks you see today, that’s what Chautauqua was doing back in the 1800s,” said Amanda Bierbaum, a DeFuniak Springs business owner and the city’s director of communication and business development. Bierbaum is also the president of the Mainstreet Program in DeFuniak Springs. 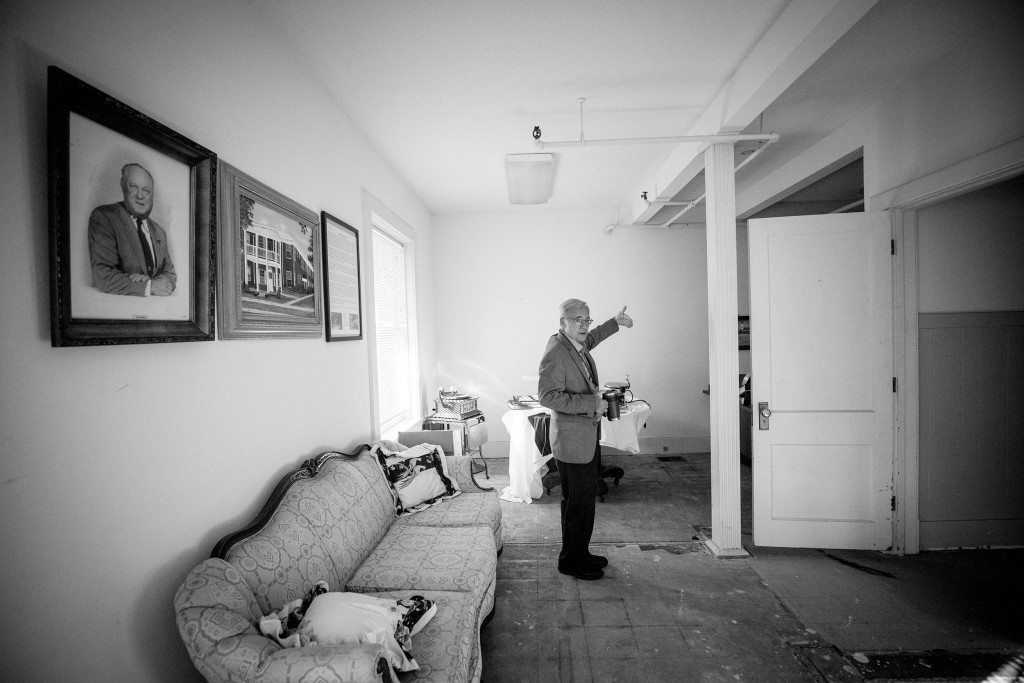 Christopher Mitchell, the public information officer for the City of DeFuniak Springs, describes the progress of renovation work at the Lakeside Hospital building. Mitchell is also president of the Florida Chautauqua Association. Photo by Sean Murphy

“DeFuniak Springs was one of the first fully planned, new urban-style communities in Florida, and it was on the basis of Chautauqua,” said Todd Bierbaum, a city council member.

“Our organization was founded in ’92 to revive those historic events,” said Chris Mitchell, the city’s public information officer and president of the Florida Chautauqua Association. Mitchell attributes the founding of DeFuniak Springs and the success of the community as a resort destination to the revival movement. He is working to restore the town as the epicenter of art, culture and education in the South.

Part of that effort involves the preservation of the Lakeside Hospital near Lake DeFuniak. The clinic opened in 1939 to serve the African American community. Dr. Ralph Spires focused his practice on lowering infant mortality rates and succeeded by teaching parents the best child care practices and testing children for ailments such as hookworms. The clinic also served as a refuge for single mothers, charging up to $5 for delivering babies but only to women who could afford it.

The clinic closed in 1972, not long after Dr. Spires’ death, and the first floor was devoted to office space for clinicians and physicians. In the early 1980s, after the building changed hands, the second floor became residential apartments.

The Florida Chautauqua Association purchased the Lakeside Hospital in 2013 for $150,000 with the intent to restore and preserve the building, rather than risk it being sold and demolished for the land. Recently, they have been working to get the building on the National Register of Historic Places. 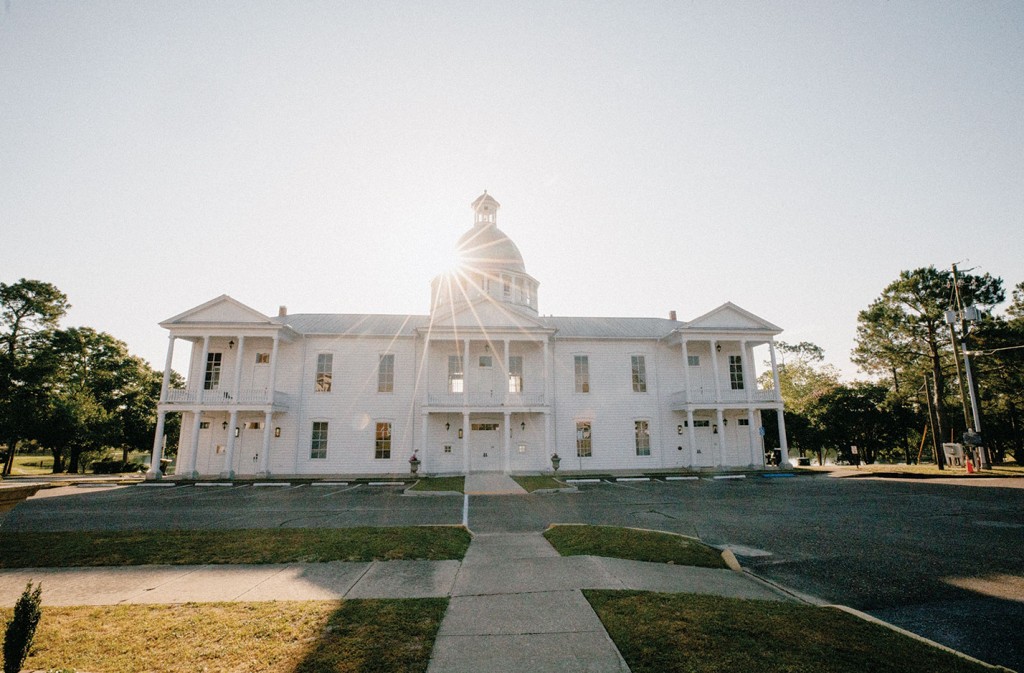 The hospital, once restored, will house a medical history museum and lodging. Photo by Sean Murphy

The restoration project began in 2016 after the Florida Chautauqua Association received a grant reward of $497,113 from the Florida Department of State’s Division of Historical Resources. The association hopes to open the building for use by 2024. The city is also giving $250,000 to develop the property.

The Chautauqua Hall of Brotherhood contributed $7,000 for a caterer’s kitchen on the ground floor, and St. Joe Community Foundation supplied $19,000 for audio/visual equipment throughout the building.

“We are wanting to turn this into a museum for medical history for the region,” Mitchell said, while noting that the renovated building will be used for multiple purposes. Possibilities include using the upper level as a temporary living space for people attending Chautauqua events. For the remainder of the year, those rooms can serve as a bed and breakfast for travelers.

DeFuniak Springs relies heavily on its historic sites and tourism for economic growth and vitality. Visitors walk around the natural spring lake, enjoy the historic feel of the downtown business district, then rest at the Hotel DeFuniak, a restored Masonic lodge built in 1920.

“We very much are proud of what we have here,” said City Council member Bierbaum, who emphasized that historic buildings, 19th-century homes and the natural beauty of Lake DeFuniak are keys to bringing travelers to the city.

During December, the city wraps the area around the lake in over 3 million lights. Last year, record numbers of people passed through town, taking advantage of the opportunity to safely distance while engaging in outdoor holiday festivities.

Bierbaum said the pandemic has boosted tourism. As people adapted to working remotely, they came to DeFuniak Springs thinking, “If I can work anywhere, I’m going to work near the beach.”

The vacation rental market in DeFuniak Springs has boomed due to the town’s close proximity to the Emerald Coast. And with U.S. 331 now expanded to four lanes running through the city, hopes are high that the town will continue to see record numbers of travelers take part in Chautauqua events and experience history, captured in landmarks like the Lakeside Hospital.