Runner Up – Serenity by the Sea, Pamela Hudson

As the sun set at the Hilton Sandestin Beach Golf Resort & Spa on April 8, hundreds of guests entered the ballroom filled with a sense of anticipation — the culminating event of the 2016 Emerald Coast Top Salon competition was about to begin. The energy was infectious and stylists arrived looking their most fashion-forward.

Representatives of the nine competing salons chatted and checked out the competition over libations and a scrumptious spread including chicken and waffles. A jazzy family band from Tallahassee by way of New Orleans, Jacob’s Ladder, serenaded the room during cocktail hour. Soon, the lights dimmed and video screens pulsated with a welcoming video that captured the crowd’s attention.

Each salon and its model were introduced through filmed video interviews, which captured the close interaction that takes place during the makeover process and provided insight to the lives of the models. The screens faded and a backlit screen elegantly silhouetted the models before they made their appearances on stage.

From a teen-age boy to middle-age women, each model exuded charm and confidence that stemmed from their new looks; training from modeling coach Marsha Doll and fashions provided by Destin Commons. Each boasted a brilliant smile, thanks to teeth whitening services provided by the competition’s presenting sponsor, the Center for Cosmetic & Family Dentistry. Trainers at the Blueprint Health Studio had seen to it that bodies were toned. ZT Motors displayed a luxurious sports car out front to catch the attention of all who entered the resort.

As part of the evening, a $1,000 shopping spree at Destin Commons and a relaxing vacation at Hilton Sandestin Beach Golf Resort & Spa were auctioned off to top bidders.

The nine models took their final strut down the catwalk adored with flashing lights as ElleBelle photography snapped shots of every graceful step and attendees began voting via text messages. Jacob’s Ladder supplied soulful sounds before B-Boy Productions took over with fresh dance tracks. Attendees enjoyed themselves by trying on fun props and funky hats and striking poses at the on-site photo booth.

An excited buzz took over the room as the winners were announced:

The night concluded with warm smiles, congratulatory hugs and a sense of pride as each salon left knowing it had made life-changing differences in the looks and the outlooks of their models. 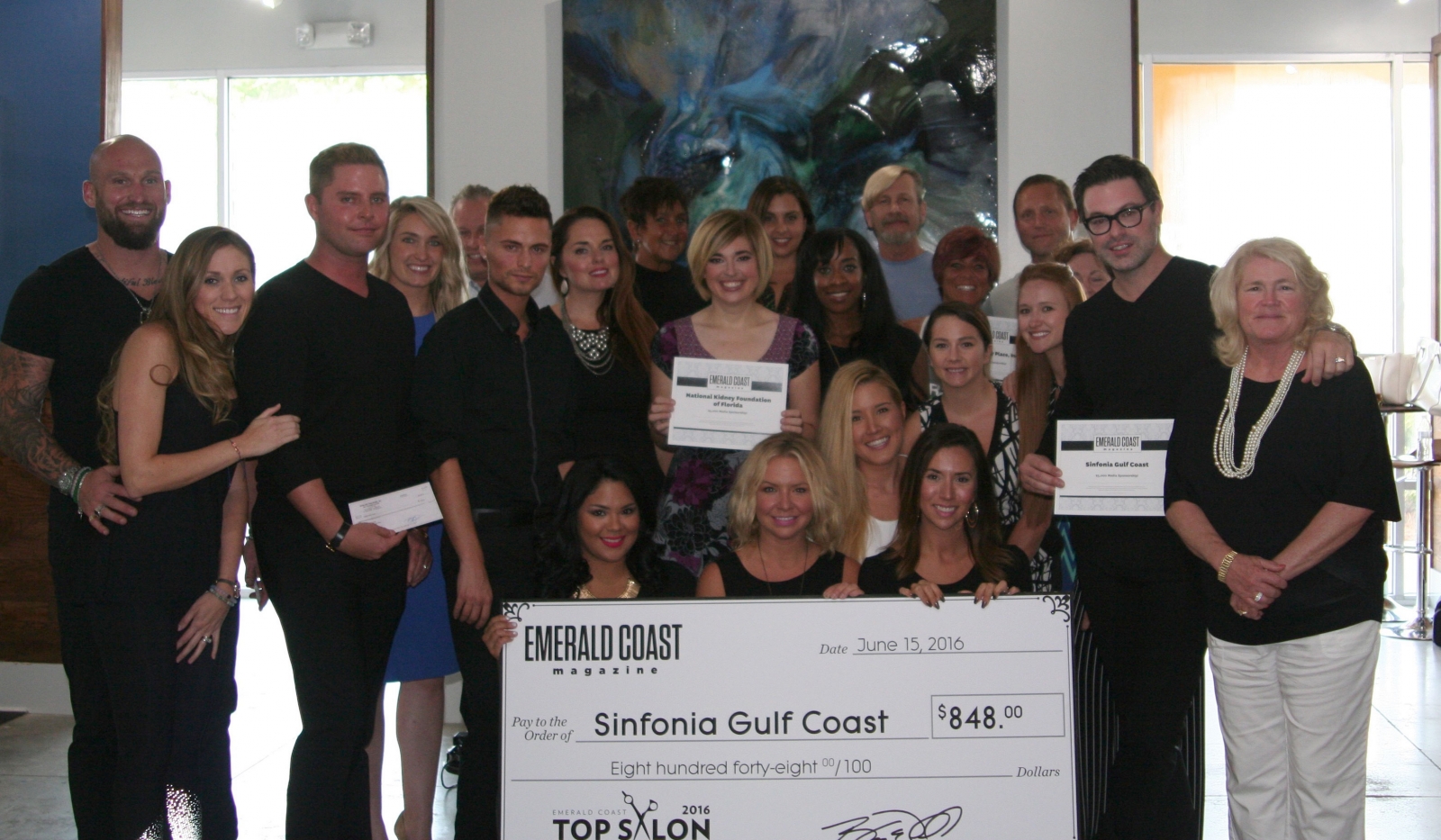 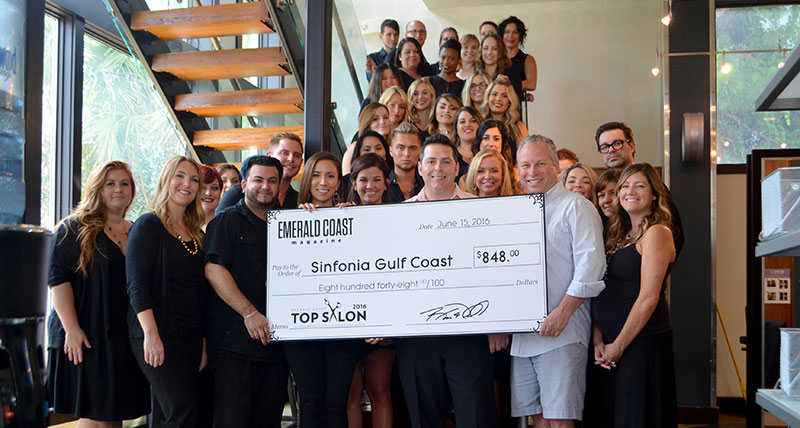 Sinfonia Gulf Coast was founded in 2005 with the mission of redefining the symphony experience. Under the guidance of founder and music director Demetrius Fuller and a dedicated board of directors, the nonprofit orchestra is in its 11th season of innovative musical programming, designed to entertain, educate and inspire the community. Notable guest artists have included: Broadway legends Bernadette Peters, Kristin Chenoweth, and Patti LuPone; R&B icon Roberta Flack, Mary Wilson of the Supremes; Chris Brubeck; the Sao Paulo String Quartet; classical-crossover sensation Time for Three; Manhattan Piano Trio; Epic recording artist Morgan James; Tony Award-winning vocalists Cheyenne Jackson, Gary Mauer and Debbie Gravitte; Grammy-nominated violinist Caroline Goulding; Grammy-Award winners John Pizzarelli, Howard Levy, Tracy Silverman, the Parker Quartet, New York Voices, The von Trapps and iconic big band Pink Martini. Since its founding, Sinfonia Gulf Coast has presented more than 450 concerts and events, has collaborated with numerous nonprofits and businesses throughout the community and has reached more than 90,000 children through its Sinfonia Guest Artists in the Schools program/music education outreach initiatives. More than 1,000 families have benefited from Sinfonia’s Students4FREE program, which provides complimentary tickets to live orchestral performances and musical events. Committed to music education, Sinfonia supports a 60-member youth orchestra program, led by Music Director Liz Aylor and, for the fourth consecutive season, is one of about 90 orchestras worldwide to partner with Carnegie Hall’s Weill Institute of Music in its Link Up program for third- through fifth-graders. Sinfonia Gulf Coast is also a proud collaborator throughout the Northwest Florida community and continues its “Paint the Music” partnership and free orchestra concerts for third- through eighth-graders, partners with the Northwest Florida Ballet and participates with Sacred Heart Hospital on the Emerald Coast in its Arts in Medicine program.

The nine competing salons, models and their charities were:

Serenity by the Sea/Pamela Hudson: National Kidney Foundation of Florida

The Kat House Hair Studio/Jennifer Boyles: Heroes on the Water