This Is Sophia’s Story

Summer Rasnick was only 33 weeks pregnant when her water broke. Her husband Andrew, a firefighter, was on duty. Having experienced a normal pregnancy, it came as a total shock to both.

Driving to the hospital, Summer’s friend asked where she wanted to go. Although she had planned to deliver elsewhere, Summer and Dr. Erika Schneider, made the decision to head to Sacred Heart — the only Children’s Hospital in the region.

Although the doctors tried to slow it down, pumping steroids to strengthen the baby’s lungs, Summer’s labor progressed quickly. When Sophia was born, all expectations went out the window. Her father didn’t even get to hold her. The nurses put the baby on her mother’s chest briefly, but the sound of her cry concerned them.

“I didn’t know what to expect at Sacred Heart. I didn’t realize the NICU staff are right there in the room, just in case,” Summer recalls. “They are so quiet and so quick. You really appreciate that when you need it.”

Luckily, Sophia was pink, she was warm, and she was crying. Her lungs just needed a little more time.

“Sophia is a little pistol,” her mom says, with a laugh. “She came into this world with a purpose and on her own terms — and we learned pretty quickly that being a parent, you can’t plan anything.”

At only 4 pounds and 5 ounces, Sophia didn’t have the stamina to breastfeed or even take a bottle at first.

The family was in the Level 3 NICU for a week before moving to Level 2, where they would stay for a few days.

A few days into the Rasnicks’ stay, a nurse came in to inform Summer that Sophia would need a CT scan. Doctors thought perhaps her head had fused too soon. 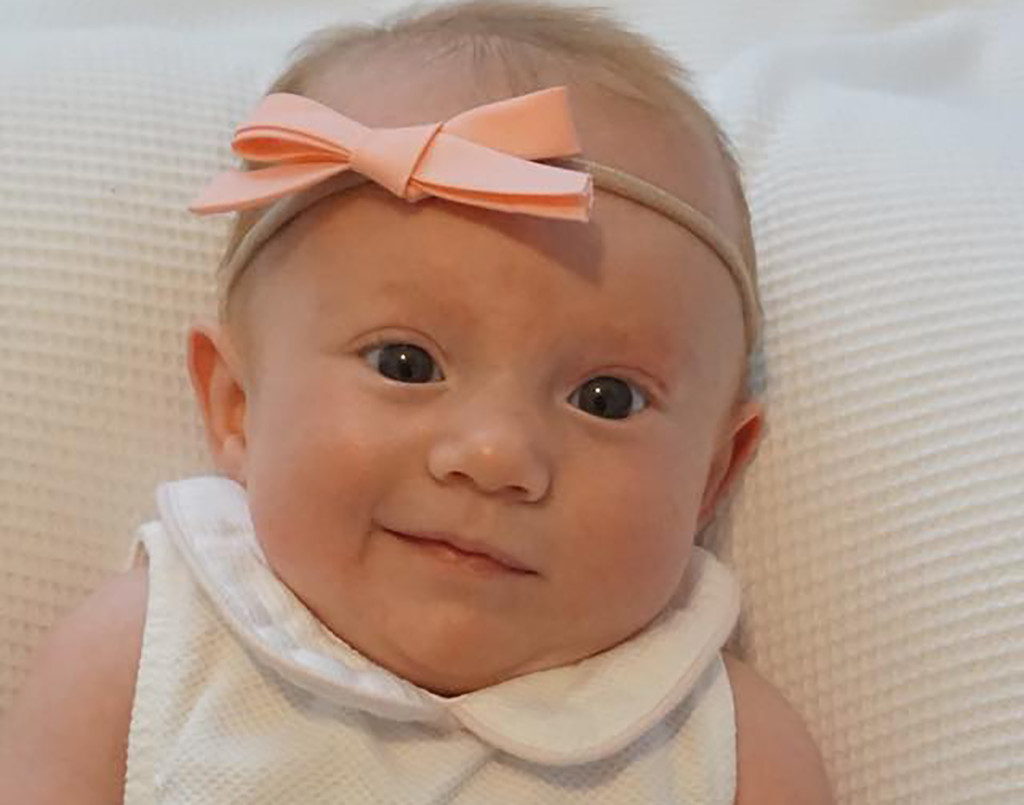 They outlined the worst-case scenario, explaining she might need surgery at just 3 months old.

Because of the set-up of the NICU at the time, this news was delivered publicly. Summer retreated to a nursing room before she let herself break down and cry.

“I’m really happy the NICU is getting private rooms. It is good to have some camaraderie, but there is a need for privacy in those moments,” Summer says.

When the day of the scan arrived, it was a frightening ordeal for the new family of three.

“When your child is so small and so new to the world and so fragile, you don’t want to expose them to anything,” says Sophia’s dad, Andrew.

Plans for private rooms and the region’s only pediatric CT scanner — which will eliminate the need for sedation and perform scans in seconds — will make a huge difference to the Children’s Hospital’s littlest patients.

A relief to her parents, Sophia’s scan turned out to be precautionary.

“I know the equipment is very costly, but it’s definitely an investment that is worthwhile,” Summer says. It’s such a difficult time, so if you can have a higher level of comfort, it makes a big difference.”

Leaving Sophia was the hardest part. When mothers are healthy, they can stay only three days in the hospital, while their babies remain in the NICU.

But the Rasnicks quickly realized the nurses at the Studer Family Children’s Hospital truly become family.

Now 6 months old, Sophia is hitting all her milestones and keeping her parents on their toes.

“As locals, we’re very thankful that we have the Children’s Hospital — and we’re thankful the Ronald McDonald House is here for those who need it,” Summer says.

“It was nice that we were able to go sleep in our own bed, that we have this kind of care in our own community.”