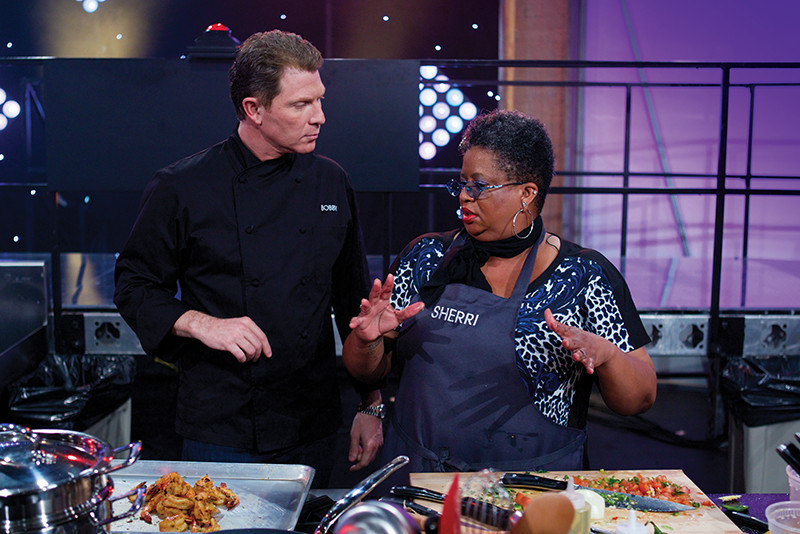 When Crestview resident Sherri Williams submitted her first recipe to a cooking competition, the resort company rental and guest services manager hardly thought she’d place, much less win anything. In fact, despite the fact that Williams, then 48, had been cooking for most of her life and knew how to grill meat better than many professional chefs, she’d never spent a minute on the line in a restaurant or even written down a recipe of her own.

She earned her cooking chops in the school of life, watching and learning from her grandmothers — one a seasoned cook and the other a talented baker — and she found her joy in the simple act of conceptualizing a dish, digging her hands in and feeling the ingredients, and creating something full of love and flavor for her friends and family. Her talents were obvious to everyone but Williams herself, who considers cooking “just something I love to do,” something that comes to her as naturally as breathing.

If the past four-and-a-half years have proven anything, however, it’s that her natural ability is something to behold, something to cherish and something that she should share with the world. And that’s precisely what she’s done, with a level of success that she never fathomed possible —even when that very first recipe won her a trip to the set of “The Steve Harvey Show” in Atlanta. But hundreds of recipes, innumerable miles and an inestimable number of emotional highs and lows later, Williams has become a competition queen –– so much so that she was hand picked to try out for Food Network’s recent home cooking show, “All Star Academy.” The competition boiled down to four, four-member teams of home cooks chosen and mentored by Food Network chefs Alex Guarnaschelli, Bobby Flay, Michael Symon and Curtis Stone in a battle to win $50,000.

EC: How did you feel when you found out that Food Network’s producers wanted you as a contestant on the show?

SW: I was in Las Vegas at the World Food Championships when I got the call, and I screamed, “Are you kidding me?” I was totally shocked and honored that they wanted me there. I still had to do a bunch of interviews and Skyping sessions, cook some dishes to take photos of and send them a video that kind of told them who I am, but I never had to actually go for the tryouts that they were having all over the country, the way the other contestants did.

EC: What was it like for you, being part of such a huge competition like that, where you met so many famous chefs?

SW: Walking in to that kitchen — it was actually filmed in Kitchen Stadium, where they tape “Iron Chef” and “Chopped” — was just so surreal. I was looking around at all the photos of celebrity chefs on the walls and thinking, “I can’t believe I’m actually here!” I never thought in a million years that I would be on the Food Network. It’s funny, though, because I was talking to my sister not too long ago, and she said, “You know, I told you years ago that one day you were going to be on Food Network,” and I said, “Sure, but I didn’t think it would really happen!”

EC: You were chosen to be on Team Alex, and you were one of her last two remaining home cooks. Being so close to the finale like that, were you disappointed when you were eliminated?

SW: You know, we all got along so well and I really enjoyed getting to know my fellow competitors. I’ve been so blessed in these past few years with all the times I’ve won and the things I’ve gotten to do, and there’s enough for all of us. I felt okay about leaving, because I felt like it was my time to go. I was forever blessed being on there, and if you never see me on another show, at least I was on that one. 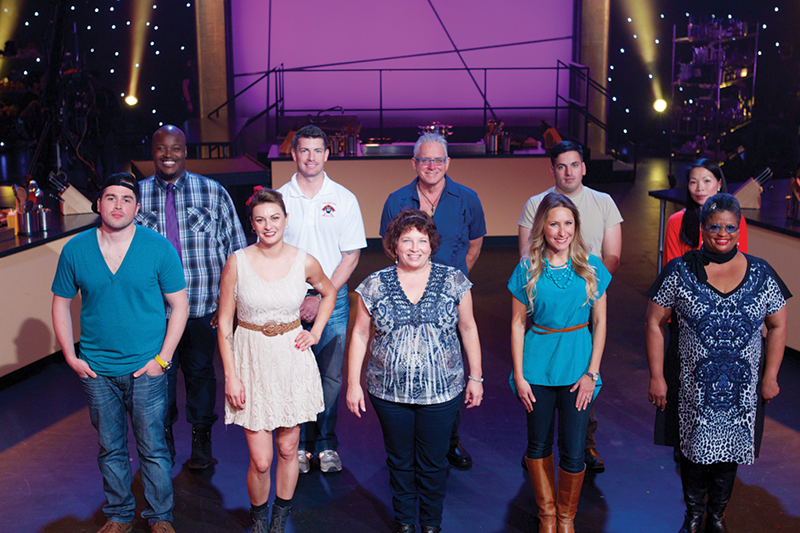 For Sherri Williams of Crestview, front row at right, an appearance on the Food Network was “surreal.” Williams says cooking is “just something that she does, something that comes naturally,” but she nonetheless took her place among talented cooks from around the country, all of them engaged in a battle to win the title of America’s Best Cook and a prize of $50,000.
Television Food Network, G.P./Anders Krusberg
Categories: Entertaining, News