Celebrated winemakers to converge in South Walton for the ultimate wine weekend, April 22-23

Roy Estate is named 2022 Honorary Vintner for the 17th Annual Destin Charity Wine Auction presented by the Jumonville Family, hosted April 22-23 in Grand Boulevard. Accepting the award will be winery founder, Shirley Roy, who will also be participating in a patron dinner hosted by Bert and Sue Trucksess and Max and Kay Watson featuring Chef Joelle Mollinger.

“Destin Charity Wine Auction Foundation is consistently overwhelmed by the amount of support we receive from our friends in the wine industry. Shirley and the team at Roy Estate have been tremendous supporters of our organization, and we are honored to have them return to the 2022 auction,” said John Russell, President of DCWAF. “Shirley’s passion and support have played an integral part in our ability to donate more than $25 million to improve the lives of more than 100,000 children in need in Northwest Florida.” 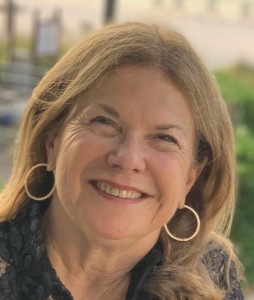 The sold-out 17th annual auction weekend will be DCWAF’s first fully in-person auction experience since 2019, with two years of hybrid virtual auctions hosted during the pandemic. The weekend will kick off on Friday, April 22 with 10 patron dinners, hosted in some of the most stunning homes and restaurants along the Emerald Coast, and is followed by a reserve wine tasting and live auction on Saturday afternoon.

“Serendipity led us to Napa and the magical terroir of Roy Estate. My passionate pursuit of our dreams fueled by steadfast determination and hard work made it a reality,” said Shirley Roy. “It’s an incredible privilege to work with and support Destin Charity Wine Auction Foundation.”

Destin Charity Wine Auction Foundation connects wine enthusiasts to raise money to benefit children in need in Northwest Florida. Founded in 2005, Destin Charity Wine Auction Foundation (DCWAF) has donated more than $25 million to Northwest Florida charities by hosting world-class wine and culinary events. These funds have impacted the lives of over 100,000 youth, including those afflicted by health issues and abuse. Currently ranked number five, DCWAF has been recognized as one of the nation’s ‘Top Charity Wine Auction in the U.S.’ by Wine Spectator Magazine for the last 10 years. Learn more at DCWAF.org.