During the Pensacon event in February 2019, three professional video gamers showed their support for the Studer Family Children’s Hospital at Sacred Heart by encouraging their followers to donate money through the Heroes for Hope Charity Stream.

Jason Thomson, head of logistics for Pensacon, partnered with popular Twitch streamers James Werk, GSXR Clyde and Gernader Jake to put on the event, which raised $34,000 this year — for a grand total of $57,000 donated to the Children’s Hospital since 2017.

Thomson, who co-founded the Heroes for Hope Charity Stream, has been gaming his entire life. (He started playing an Atari racing game on an old black-and-white TV.) But when streaming came along, he says he discovered the meaning of community.

“Hope is something all humans are entitled to,” Thomson shares. “It’s such a simple thing, really. But in dark times, that hope is often hard to see. If the money we raise can provide hope for even one person, then it’s all worth it.”

Gaming can also see hospitalized children through the dark times, when they may feel helpless and isolated.

“For so many of us, gaming is an escape from reality. It’s a chance to leave behind the worries of real life and to explore this beautiful and unique universe that someone has created,” Thomson explains. 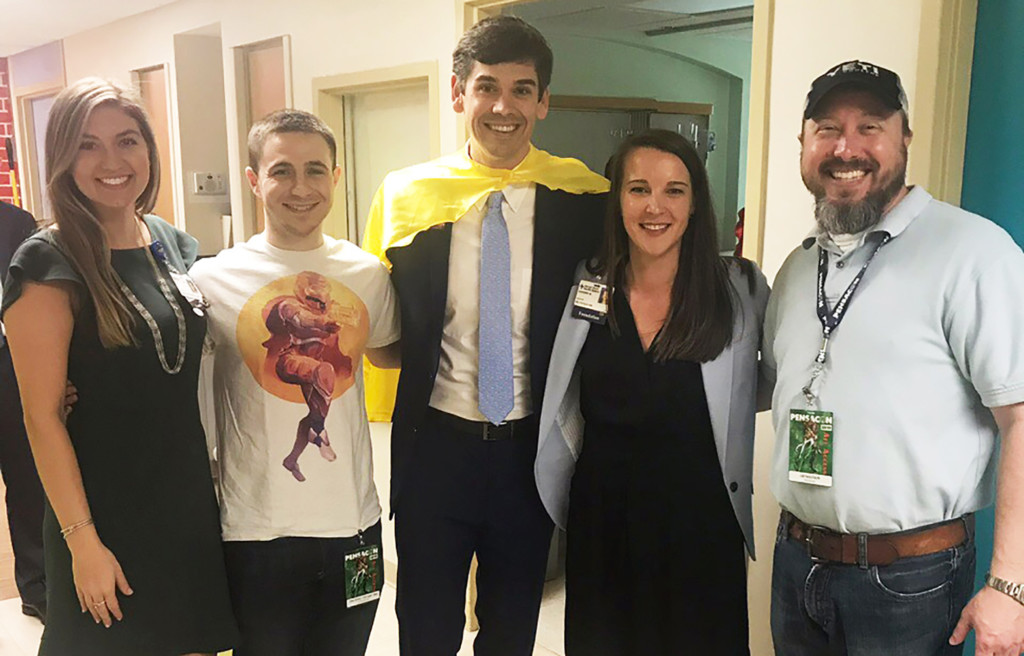 “For a child going through a difficult time, this can be even more important. Inside the game world can be the one place they still have control and get to make all the decisions.”

Werk has participated in many different charity streams, but he says Heroes for Hope felt different.

“As you reach out in a grassroots effort to what can be millions of people worldwide, the potential to raise money #ForTheKids is unlimited,” he says. “I really like the idea of helping kids all over the world, but any time we are given an opportunity to also support local kids, that really hits a special place in my heart — having my own kids, family members and friends in the local community.”

Dr. James Patterson, Medical Director for the Children’s Hospital, had the opportunity to attend the Heroes for Hope event after coming off a 30-hour shift taking care of our community’s kids.

“I’m nobody famous, but I got to speak from the heart about a cause and an institution that I care deeply about and instantly got to see the response of gamers across the world as they donated hundreds of dollars within minutes,” he shares. “I’m so grateful to these three men, the Heroes for Hope team that supports them, the Pensacon group that puts on a bigger, better production every year … and, of course, our own fantastic Sacred Heart crew who worked tirelessly to make this miracle happen.”