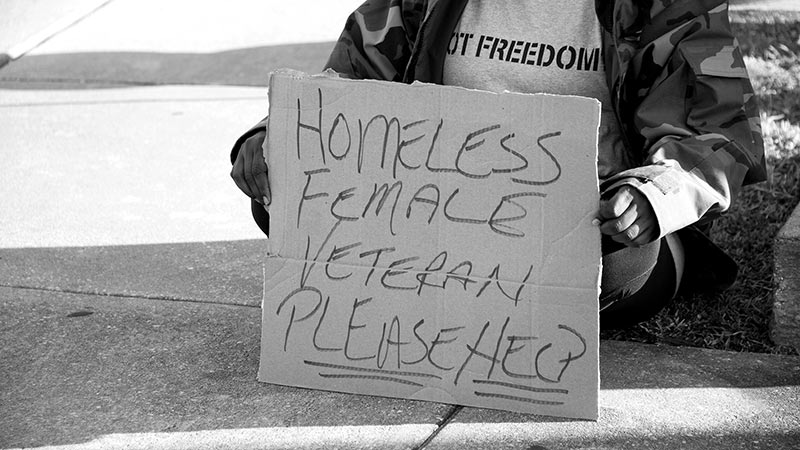 Nancy Bullock-Prevot served her country for almost 21 years in the United States Navy. After her retirement in 2015, the former cryptologic technician found a new way to serve her fellow veterans: The HER Foundation, Inc.

The HER Foundation, which Bullock-Prevot established in August 2016, is a non-profit organization that focuses on aiding homeless, single, female veterans along the Gulf Coast. The foundation’s mission is to provide services for female veterans while they are transitioning into affordable housing. Services include lodging, meals, access to medical and dental care, counseling and job placement, among others.

Bullock-Prevot says that The HER Foundation’s goal is to honor, empower and rebuild “military sisters” so they can regain their independence and lend a helping hand, love and hope to other sisters-in-arms.

“We had done a lot of research and noticed that everyone was focusing on men,” she says. “Being the inquisitive woman that I am, I began to research about our female veterans. I called D.C. and began to ask questions.”

In fact, Bullock-Prevot’s research shows that women account for 10 percent of the total veteran  population and that the number of homeless female veterans has more than tripled since 2006.

The reasons for homelessness can vary, but most can be attributed to Post Traumatic Stress Disorder (PTSD) and Military Sexual Trauma (MST). According to a study by the National Coalition for Homeless Veterans, California, Florida and New York account for 44 percent of all homeless veterans across the country. The findings showed that Florida had 5,505 homeless veterans.

Another study by Long March Home, authored by Charles Mostoller and Daniel Johnson-Kim through the Columbia Graduate School of Journalism, reports a total of 756 homeless female veterans in Florida.

“We knew there was a problem,” Bullock-Prevot says. “We need to find a way to get these women off of the streets and get them help.”

In addition to her board of directors, Bullock-Prevot has been working with organizations such as CareerSource Escarosa and Pathways for Change to further her mission. Her goal is to open a facility where women can live while in transition.

“It’s been breathtaking,” she said of the early response to The HER Foundation’s efforts. “I’ve been speechless at times, and nobody has told me ‘no’ so far.”
The HER Foundation will be holding its inaugural gala, “Dining with HER,” on Aug. 18 at the Sanders Beach Community Center in Pensacola. The event will serve as a focal point for raising awareness about the issues facing homeless female veterans.

“Our veterans, who have served this great nation with honor and pride, shouldn’t have to face housing insecurity or homelessness,” Bullock-Prevot says. “Although there are existing housing programs and other supportive services available, they are not designed to meet the needs of the increasing number of single female veterans.”

For more information about The HER Foundation, visit honorher.org or find the foundation on Facebook. Bullock-Prevot can be reached by email at nprevot@honorher.org.