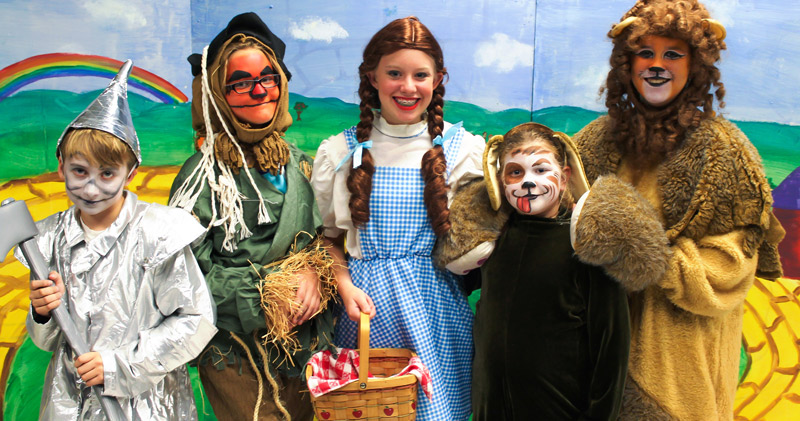 After a second successful summer season, Emerald Coast Theatre Company (ECTC) continues its mission of providing art education to the Northwest Florida region with three after school/weekend opportunities this fall.

This holiday season, ECTC will stage a performance of “Yes, Virginia The Musical,” an original production based on the true story of 8 year-old Virginia O’Hanlon, who wrote a letter to the New York Sun newspaper in 1897, inquiring about the existence of Santa Claus. Fourth through twelfth graders are welcome to participate. This musical will be rehearsed and performed at the Destin Community Center.

Tuition is $195 per child, with a 20 percent discount extended for siblings and a 10 percent discount for both military and Mattie Kelly Arts Foundation members. Save an additional $25 by registering before Aug. 29. Parents can provide a single payment or divide the fee into three payments. Space is limited.

Students grades two through four are invited to join the cast of the theatrical production “Alice in Wonderland.” Activities will include theater games, improvisation exercises, and rehearsals for the production. Family and friends will be invited to see the final production — complete with sets, props, and costumes pieces.

Tuition is $195 per child, with a 20 percent discount extended for siblings and a 10 percent discount for both military and Mattie Kelly Arts Foundation members. Save an additional $25 by registering for the DES show before Aug. 29 or the BES show before Sept. 12. Parents can provide a single payment or divide the fee into three payments. Space is limited.

This production will be rehearsed and staged at Destin Elementary School on Wednesdays from 3 to 4:15 p.m. Rehearsals begin Wednesday, Sept. 3 and run through Nov. 19 with the performance at 6 p.m.

A second production of “Alice in Wonderland” will be rehearsed and staged at Butler Elementary on Thursdays from 2:25 p.m. to 4 p.m. Rehearsals begin Sept. 25 and run through Nov. 20 with the performance at 6 p.m.

ECTC celebrated its second summer on the Emerald Coast with four theater camps. Young thespians from 30A to Niceville had their chance to shine on stage. Three production camps and one musical theater camp encompassed the 29 days of educational theater and more than 70 children were involved.

The summer started at Butler Elementary where the cast of “101 Dalmatians” sang and danced their way into the hearts of the audience. Natalie Melancon stole the show as Cruella, fully committing to her role. The henchmen, Horace and Jasper, played by Brett Bailey and Becket Rhea, complemented Natalie with incredible comic timing.

Camp Broadway was next on the agenda as campers sang and danced their way through the week at Seaside Neighborhood School. Toe tapping tunes such as “Mama Mia” and “Freak Flag” from “Shrek the Musical” were used to teach musical theater skills, while theater games were played to build skill in acting.

Next ECTC was off to see the wizard … at Destin Elementary with the “Wizard of Oz” (produced by ECTC in partnership with the Mattie Kelly Arts Foundation).  Eric Plunk (Tin Man), Susannah Bulaga (Scarecrow), Olivia Wilson (Dorthy), Riley Woodard (Toto), and Ora Wolfgram (Lion) led a cast of 37 to see the Wizard (Olin Wolfgram). The cast astonished family and friends with a spectacular performance at the end of just one week of rehearsals.

The final event of the summer took place at Ruckel Middle School with the musical “Willy Wonka Jr.” Elise Figueroa brought her zany personality to the role of Willie Wonka, while Will Maloney charmed the audience as Grandpa Joe.

Nathanael Fisher, producing artistic director of ECTC, said, “We had such an amazing summer. I am so thankful for the community support. The use of the school facilities, a great staff, the priceless help of volunteers and parents entrusting us with their kids — all contributed to the remarkable success of summer 2014.”

Parents had the chance to share their thoughts in an ECTC survey and following are some of the comments:

"By far, one of the best things we did all summer long. Can't wait to do it again!" Michelle, Santa Rosa Beach

“My daughter loved her first experience with musical theater. She learned to memorize lines, perform on stage, and to cooperate with a group. She can't wait to do it again!" Jen, Santa Rosa Beach

“My son, Darby, had a wonderful experience. Great group. The directors did a great job pulling everything together for a great production for all to watch.” Ted, Navarre

“Our daughter has Aspergers, does not socialize well, this really brought her out of her shell!” Tina, Santa Rosa Beach

“What a wonderful display of young talent. It impressed me to see how artfully it was produced and all in just one week.” Otmar, Destin