2022 competition will be held in New Orleans on Saturday, Aug. 6.

Destin’s chef Al Massa of Brotula’s Seafood House and Steamer will face 13 other chefs from around the country for the title King or Queen of American Seafood in the 18th Annual Great American Seafood Cook-Off. To be eligible to compete in the event, chefs must either hold the current title of King or Queen of Seafood or be appointed by the lieutenant governor of their respective state or territory.

“We are very excited and extremely humbled to have the opportunity to represent Destin, the Panhandle, and the Great State of Florida in the Great American Seafood Cookoff,” said chef Al Massa, Brotula’s Seafood House & Steamer. 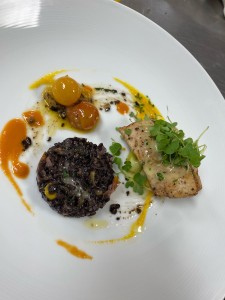 Chef Al Massa’s love for cooking started like many other aspiring culinary creators in his family’s kitchen. Chef Massa pitched in to help his mother with dinner parties, which only grew his appreciation for simple delicious food. After serving in the United States Air Force, Chef Massa attended Johnson and Wales for culinary school, followed by more than 10 years under the eye of Emeril Lagasse, learning the fundamentals of Creole cuisine.

After spending two more years as a sous chef at NOLA, chef Massa joined the team at Emeril’s Delmonico, where he rose to executive sous chef. Expanding his experience, Massa signed on as a corporate chef for the New Orleans restaurant group and their four properties. Under them, he opened a restaurant in Lafayette, Louisiana, and then spent five years as the chef at Michael’s on East in Sarasota, Florida.

The 2022 Great American Seafood Cook-Off will be held at the Ernest N. Morial Convention Center in New Orleans on Saturday, Aug. 6. The 18th annual event gets underway with Opening Ceremonies at 11:15 a.m. as 14 chefs, each representing their home state, cook in front of a live audience and a panel of nationally acclaimed judges.

“The Great American Seafood Cook-Off is the perfect stage to celebrate Louisiana and America’s domestic seafood industry – the best in the world,” said Louisiana Lt. Governor Billy Nungesser. “This year, there will be a very talented field of chefs from all over the country vying to be crowned the next ‘King or Queen of American Seafood’ right here in New Orleans. Each chef will showcase their skills with domestic seafood to present the best seafood dishes.”

During the competition, each chef will prepare a dish highlighting the use of domestic seafood while interacting with the live audience, celebrity hosts Chef Cory Bahr — Food Network Star Finalist, Food Network Chopped! Champion, a former King of Louisiana Seafood — and KLFY TV10’s Gerald Gruenig, along with “chef ref” Chef Keith Frentz, also a former King of Louisiana Seafood. Each dish will be presented to a panel of nationally renowned judges who will score based on presentation, creativity, composition, craftsmanship, and flavor. The Great American Seafood Cook-Off promotes the quality and variety of domestic seafood found in the United States.

The reigning King of American Seafood, Mississippi’s Chef Austin Sumrall of White Pillars Restaurant in Biloxi won the title with his dish of Snapper Three-ways, including a raw preparation, snapper ribs, and a poached snapper jowl pho. Chef Sumrall bested 12 of the best chefs from around the country.

The event is held in conjunction with the Louisiana Restaurant Association Showcase. Tickets are $10 at the door.

For more information on the competition, visit louisianaseafood.com/great-american-seafood-cook.