Are You Wearing This Season’s Hottest Trend?

Hats aren’t just for summer days at the beach; they make for winter wear, too

As cool breezes find their way to the Sunshine State, Floridians begin to trade their straw sun hats for warmer winter wear. And while Florida can certainly get cold, temperatures rarely dip below the 30s, even on the chilliest of winter nights. So before you grab that hoodie, take into consideration the plethora of other types of headwear available.

Hats have been worn for thousands of years. The earliest known hat belonged to a Bronze-Age man whose frozen body was found in the Alps and who wore a bearskin cap with a chin strap — a hat that resembles the modern Ushanka, or Russian fur hat.

The 19th century brought more extravagant styles, with hat makers creating larger and more ornate designs. Iconic hats, such as boaters, trilbies and bowlers, arrived by the end of the century and are now making their modern comeback. 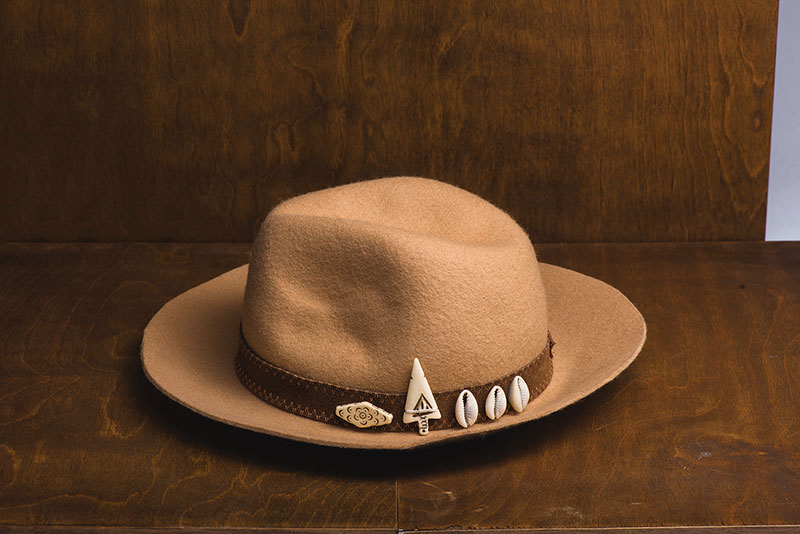 “I love wearing hats through the year, but especially during the winter months,” said Laurie Olshefski, owner of Coastal Casuals in Pier Park. “They lock in your warmth and make you feel protected from the elements. Hats are a great finishing accessory, which serve style and purpose.”

This season is all about putting a modern twist on beloved silhouettes, and headwear is no exception. Hat materials such as suede and felt, and warm, earthy colors like olive and garnet, are both current and classic.

​Floppy Hat
They aren’t just for summer! The floppy hat has quickly become a winter weather staple, because it’s the hat that seems to match with any outfit. “A great floppy hat with a flouncy top and a pair of flairs is a no-brainer,” explained Sara Becnel with Barefoot Princess.

Beanie
Perhaps the most recognizable fashion staple for the colder months, the beanie is making its modern comeback. “Beanies are fun because there are so many new, trendy ones out there right now, and they are no longer just for the ski slopes,” said Becnel. Available in a variety of colors and finished with
a fur pom-pom on top, this hat is cozy, classic and cute!

Fedora
Putting a modern twist on an old favorite is the fedora, which is not just for detectives or snazzy men in black-and-white movies. The suede texture is perfect for cool weather and is definitely up-to-date. Pair with a brightly colored loose sweater and jeans for a modern look this chilly season.

Head to these local stores for headgear