Destin Commons has announced the Smoke on the Coast winners of the 11th Annual Smoke on the Coast BBQ competition. 14 local non-profit organizations competed, each partnered with panhandle-based BBQ groups and restaurants. Attendees spent a full evening enjoying BBQ tastings and eventually cast their vote for what team they thought cooked up the “Best BBQ.”

More than $80,000 was given to the competing non-profits and winners were chosen for 3 different categories including Judges’ Pick, Spirit Award, and People’s Choice. 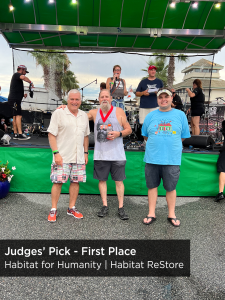 Third Place: United for a Good Cause | Conexion Media Group

Second Place: The Boys & Girls Clubs of the Emerald Coast

Third Place: United for a Good Cause 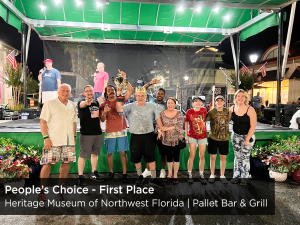 As always, Smoke on the Coast would not be made possible without the event sponsors, PRESTO!, Cumulus Media, BrightView, The Cigar Factory, and Party Fowl. A special thank you is in order to the many volunteers from Fresh Start and the 33rd Fighter Wing that helped before, during, and after the event. To stay up to date on future events, visit www.DestinCommons.com and follow Destin Commons on Facebook, Instagram, and Twitter.