Q: We’d like to landscape our place at the coast. What do you recommend we plant? We pretty much have a blank canvas, but it will need to be hardy since we’re usually not there during the week. 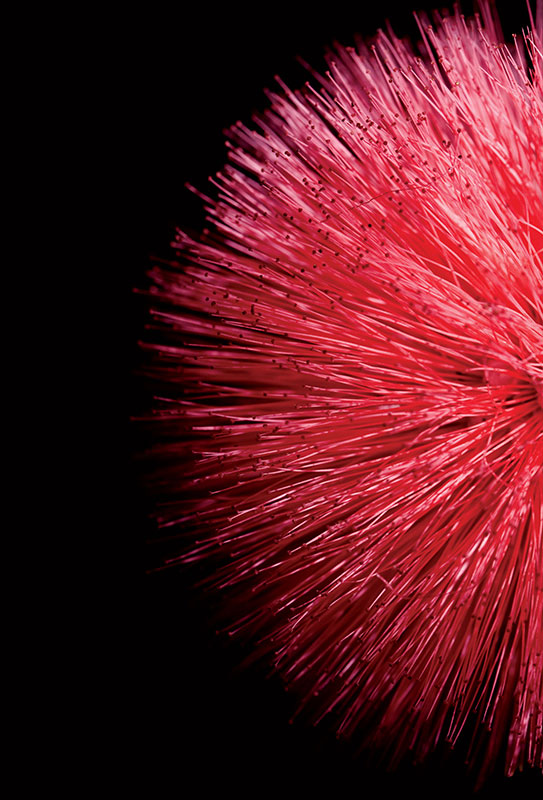 Coastal gardening has its own set of conditions and rewards, but before we get into specifics about what to plant, let’s address the hardiness aspect. All plants, even those that thrive on neglect, have to be watered regularly until they are well established. If we get our normal pattern of daily afternoon showers and storms through late summer, your new landscape should be just fine whether you’re there or not. But if Mother Nature decides to mix things up — and she has certainly shown her mischievous side the past couple of years with two colder-than-normal winters followed by a downright balmy one — you need to be prepared to provide supplemental watering.

The bottlebrush or Callistemon rigidus, is native to Australia, but also grows well in Florida.

The key factors in coastal gardening in the Florida Panhandle and Big Bend are salt, wind, cold-hardiness and alkaline soil. A lot of plants that thrive farther inland can’t take salt spray, and the breeze carries the salt farther than many people realize. If you’re within a quarter-mile of the coast, plan on planting salt-tolerant trees and shrubs. The constant breeze, punctuated by occasional high winds, also can shred a delicate plant, so choose sturdy plants. You can create windbreaks using fences or groups of trees. Trees planted in groups are better able to withstand tropical storms and hurricanes than a lone tree in the landscape. And even though the coastal areas don’t get as cold as it does farther inland, you still need to remember that it does drop down to freezing on occasion. Not all plants that thrive along the coast in Central and South Florida will survive a North Florida winter.

The best choices for long-lived, salt tolerant trees are a live oak, Quercus virginiana, and one of the many varieties loosely called “palm trees” that do well along the Gulf Coast. The cabbage palm, Sabal palmetto, and Washington palm, Washingtonia species, are salt-tolerant. Several others are moderately salt-tolerant: Canary Island date palm, Phoenix canariensis; Lady palm, Rhapis excels; and Pindo palm, Butia capitata. Other moderately salt-tolerant trees are the chaste-tree, Vitex agnus-castu; Southern magnolia, Magnolia grandiflora; and loquat, Eriobotrya japonica, which has edible fruit. American holly, Ilex opaca, is only slightly salt-tolerant but would be OK in a sheltered location away from salt spray and wind.

Salt-tolerant shrubs include yaupon holly, Ilex vomitoria; wax myrtle, Myrica cerifera; Adam’s needle, Yucca species; and pittosporum, Pittosporum tobira. Moderately salt-tolerant options include bottle brush, Callistemon rigidus; grape hollies, Mahonia species; Indian hawthorn, rhaphiolepis indica; and Satsuki azalea, Rhododendron indicum. Oleander thrives at the coast, but all parts of it are highly poisonous so you might want to skip this one if you have pets or little people who like to put things in their mouths.

Some of the flowers that will do well in coastal gardens are crinum lilies, crinum species; spider lily, Hymenocallis species; and beach sunflower, Helianthus debilis. Muhly grass, Muhlenbergia capillaris, does very well at the coast and has pink flowers in the fall.
When purchasing plants, buy from a reputable local nursery where the staff can guide you. This is especially important if you’re not sure whether the plant you’re considering can take the salt and wind of our coast.

© 2012 Postscript Publishing, all rights reserved. Audrey Post is a certified Advanced Master Gardener volunteer with the University of Florida IFAS Extension in Leon County. Email her at Questions @MsGrowItAll.com or visit her website at msgrowitall.com. Ms. Grow-It-All® is a registered trademark of Postscript Publishing.