Destin Charity Wine Auction Foundation (DCWAF), one of the nation’s premier fundraising organizations, announces the retirement of president John Russell after more than 10 exemplary years of service to the organization. Under his leadership, DCWAF has grown from a grassroots organization to the third largest charity wine auction as ranked by Wine Spectator; raising more than $3.8 million for 15 Northwest Florida children’s charities in 2022. 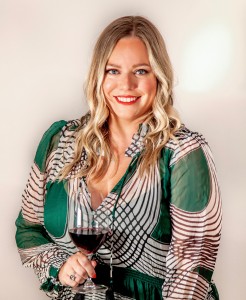 “I am blessed to have had the opportunity to join with so many generous people who shared a common goal to positively impact the children of the Emerald Coast,” said John Russell. “My role of President of DCWAF was a constant source of inspiration as we witnessed the truly heroic work of our charity partners.”

The DCWAF Board of Directors is pleased to announce that senior staff member Karah Fridley-Young has been promoted to President. In her new role, Fridley-Young will oversee all aspects of DCWAF operations with an emphasis on long-term growth and sustainability.

“It’s with much enthusiasm that I continue to grow with Destin Charity Wine Auction Foundation in this new role,” incoming DCWAF president Karah Fridley-Young said. “I am honored to work alongside our charity partners as they continue providing life-saving services to those that need it most.”

A Destin native and 2021 United Way 40 Under 40 recipient, Karah Fridley-Young began her career with DCWAF in 2012. Over the last decade, she has held a variety of positions within the organization focusing on fundraising, event management, finance, and donor relations.

“DCWAF has grown tremendously under John Russell’s leadership over the past decade, culminating with our largest wine auction ever in April of 2022 which raised nearly $4 million for children in need,” said DCWAF Chairman Robért Hinojosa. “We are pleased that John will stay on in a consulting role in the position of President Emeritus, and equally thrilled to be replacing him from within the DCWAF staff. Karah Fridley-Young has been on staff at DCWAF for a decade as well and has been selected by the Board of Directors to fill this position. We know Karah’s unwavering dedication to DCWAF and its charities is exactly what we need to help lead this organization.”

While he may be retiring as president, John Russell will remain involved as he transitions to the role of president emeritus where he will serve as a mentor and consultant to Fridley-Young and her team.

“I am confident that DCWAF will continue to do amazing work for our community with a strong leader in Karah and a highly committed Board of Directors. I am honored to continue to support DCWAF through this transition in a consultive role,” Russell said.

Destin Charity Wine Auction Foundation’s mission is to connect wine enthusiasts to raise money to benefit children in need in Northwest Florida. Founded in 2005, DCWAF has donated more than $25 million to Northwest Florida charities by hosting world-class wine and culinary events. These funds have impacted the lives of over 100,000 youth, including those afflicted by health issues and abuse. Learn more at DCWAF.org and facebook.com/DCWAF.