The Emerald Coast Fitness Foundation (ECFF) recently announced that over $74,000 was raised at the Inaugural Sip and Splash: An Aquatic Affair presented by Tim Smith Acura.

The first-of-its-kind event took place under the stars on Saturday, May 14 at the Aquatic Center of Destin located at 4345 Commons Drive West. The pool facility was transformed into an elegant event space with whimsical balloon décor, bistro twinkle lights, and coastal place settings, seating, and decor. 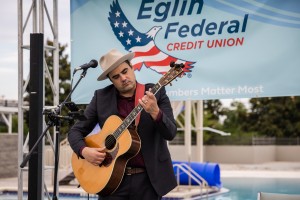 The sold-out fundraising dinner welcomed over 250 guests who kicked off the evening with a cocktail hour featuring hand-rolled sushi by Camille’s at Crystal Beach’s Yoshie Eddings. Entertainment included live music by Reed Waddle, a photo booth, a cigar bar, live painting by Maxine Orange, and an extensive silent auction featuring two-week-long vacations in Colorado, jewelry, gift cards, gift baskets, artwork and much more. All funds raised through ticket sales, sponsorship, and the silent auction go directly back to the foundation to help fund operating costs and equipment upgrades. Funds raised will also be utilized for the numerous aquatic programs at the three community pools the ECFF manages, including the Aquatic Center of Destin, the Bernie R. Lefebvre Aquatic Center of Fort Walton Beach, and the ROC Pool of Crestview.

Later in the evening, patrons delighted in an intimate five-course dinner prepared and served by local chefs and restaurants. The lineup of culinary talent this year included: 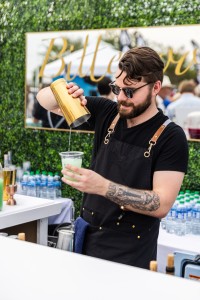 Each of the chef’s unique courses was perfectly paired with craft cocktails served by Better Together Beverage from the official 26-foot Bitterroot Bar including spirits from Distillery 98, Campesino Rum, Good Clean Wine, Hey Mama Wines, and Odd Pelican Brewing Company.

In between courses, the Emerald Coast Fitness Foundation honored some of its own members by inducting them into the Okaloosa County Swim and Dive Hall of Fame, an organization formed to recognize excellence by local coaches, athletes, and volunteers. The 2022 inductees included James Lefebvre, Betty Ballasch, Mary Edith Malin, Dave Smith, and Monty Landingham.

Before the night ended, the foundation also unveiled the new, official name of the Aquatic Center during a heartfelt tribute to a close friend.

“We wanted to name the pool after someone we knew personally and who exemplified characteristics that could be a representation of all of those who have worked with us,” said Kathi Heapy, co-founder of ECFF. “A person came to mind who was smart, generous, thoughtful, hardworking, faithful, willing to serve, anxious to work, and supportive of swimming and water safety for everyone.” 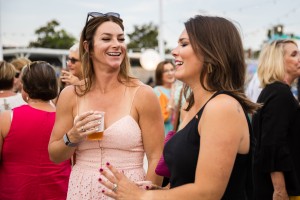 Taj Renee Oliver was one of Heapy’s close friends and swim teammate in 1980. They formed a special friendship and bond throughout the years until Taj succumbed to pancreatic cancer in 2008. Taj Renee means “Love Reborn,” so when the Heapys were looking for a permanent name for the Aquatic Center, the answer to them was obvious.

“The facility will now be known as the Taj Renee Community Aquatic Center, fondly known as ‘The Taj’, in honor of Taj Renee Oliver Brown, who represented the many people who helped revive the facility because of their shared love of swimming,” Heapy said.

A new sign was also unveiled during the event, which will be displayed outside the Aquatic Center, showcasing the new name and logo that includes a heart written in Taj’s own handwriting.