Another Stroke of Hypochondria

Elevating an affliction to a veritable art form by Gary Yordon 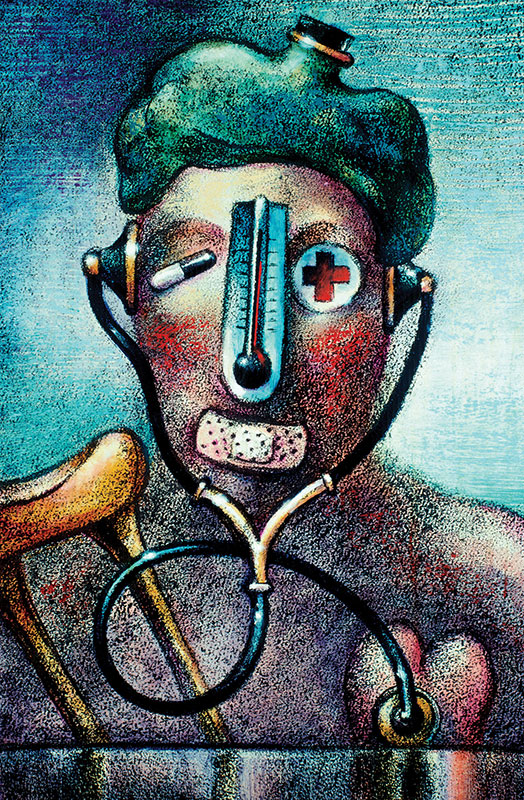 I recently went for my annual physical. As the nurse was walking me to my room, my doctor emerged from another room and told me to go with her and he would come by and stick his head in. I thought to myself, “Wow this really is going to be a thorough check-up.”

Most men don’t like to admit they worry about their health. I revel in my concern. I have taken hypochondria to an art form. I am the Monet of medical misery. When I see an advertisement for some disorder, I can develop the symptoms within minutes. At restaurants, I order the dish that’s least likely to choke me.

Plus, turning 60 is not for the faint of heart. If you wake up in the morning and there’s not a finger lying on your pillow, it’s a victory — another day and nothing fell off. Parts of you that used to be in one place are now someplace else. You make noises that you never made before. If you have hair it’s receding like a low tide, and “grits” defines your biceps more than it does your breakfast.

Then there’s the whole memory thing. You walk into a room and have no idea why. Thirty seconds ago, you had a reason for going there, but that’s long gone. You figure if you just stay there for a minute, it will come back to you. Last night I stood in front of my open refrigerator like I was waiting for the food to talk. I had a point to make here, but it slipped away.

I’m convinced the internet was invented so we could check symptoms. Recently I woke up in the middle of the night with a ringing in my ears. WebMD here I come. I figure despite the zero minutes I spent in med school I can figure this one out.

Here’s where it gets a little tricky. It says the ringing could be anything from too much wax to a stroke. So I have two choices, gently probe with a Q-tip or immediately call 911. The problem is as soon as I read the word “stroke,” I start to develop new symptoms. Now I’m on to other symptoms and while I’m reading I’m pretty sure my left arm is going numb. I’ll Google “heart attack symptoms” in a moment; right now I’m dealing with my impending stroke.

It says I should try to smile because inability to do so is one of the warning signs of a stroke. So there I am at 3 a.m. sitting in my living room with the bells of St. Mary’s going off in my ears and likely only moments to live, trying to muster a smile. I wonder if this is how my wife is going to find me — stiff as a board on the floor with a half-smile on my face.

My symptoms are now multiplying like rabbits. I’m experiencing cold sweats and what feels like a swollen gland in my neck. I’m having trouble swallowing and my eyes are burning.

Just then I’m distracted by a pop-up ad for gout medication. Great, now my foot hurts. Suddenly I realize the Cubs never will have won in my lifetime and, oh yeah, I’ll never see my kids again.

It’s all spinning out of control, and then I have this lucid moment of logic; I’ve been reading all this for an hour. If it were any of the bad things they would have already happened. Slowly, my symptoms begin dissipate. Maybe the ringing is just wax. I regain feeling in my left arm. That was a close one. 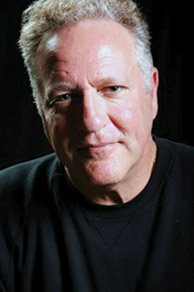 Fast forward to my physical. It went great although I’m not 100% certain it was my blood they tested. Those things get mixed up sometimes. I make a mental note to make sure I get a second blood test just to make sure the first test was accurate.

Gary Yordon is president of The Zachary Group in Tallahassee, hosts a political television show, The Usual Suspects and contributes columns to the Tallahassee Democrat newspaper. He may be reached at gary@zprgroup.com.