DCWAF is pleased to announce that the event raised $2.04 million for children in need in Northwest Florida

DCWAF is pleased to announce that the event raised $2.04 million for children in need in Northwest Florida. The total is a $691,000 increase over the previous year, which was held in a fully virtual format for the first time due to COVID-19.

“We couldn’t be more grateful for the support of our generous patrons, sponsors, chefs, and vintners that helped to make our 16th annual auction a huge success despite the continued challenges presented by the pandemic,” said Destin Charity Wine Auction Foundation President John Russell.

“It cannot be overstated that the past year has made the important work of our charity partners even more essential to the children in our community. The funds raised at this year’s auction will provide a myriad of essential services from providing food and shelter to medical care and mental health services.”

This year’s auction format was designed to be a hybrid of in-person and virtual fundraising activities to ensure that everyone that wanted to participate would be able, regardless of their comfort level with group gatherings. Tiered ticket packages were available for the first time that ranged from an auction at home experience to a fully in-person experience that included admission to one of nine intimate patron dinners on Friday and access to one of two live auction watch parties at the Henderson Beach Resort and Churchill Oaks on Saturday. 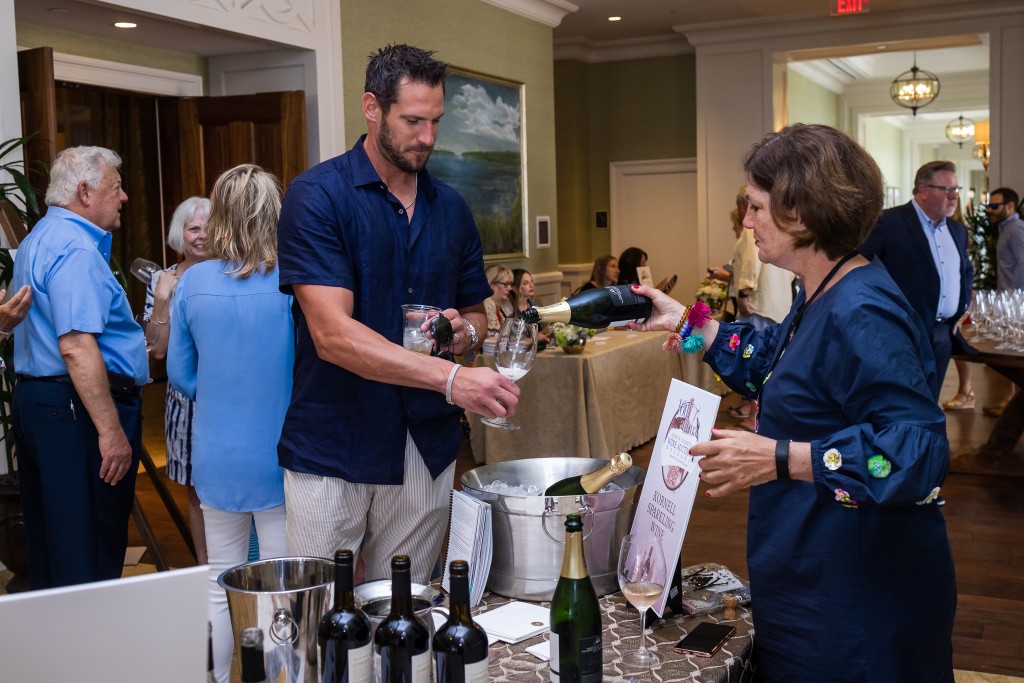 The live auction was hosted by a new auctioneer, DawnMarie Kotsonis, and broadcast from a studio location within the Hilton Sandestin Beach Golf Resort and Spa. For the second year in a row, a single-sale auction lot sold for more than $100,000. Fly Away to Kamalame Cay, which included private round-trip airfare for four couples courtesy of NetJets to an exclusive resort in the Bahamas, sold for $105,000.

Other notable lots included a luxurious trip to Virgin Gorda featuring Honorary Chef Tim Creehan and Honorary Vintner Todd Newman which sold for $62,500, a seven-day trip donated by Steve & Bridgit Griessel of Betz Family Winery to the South African winelands and Molari Lodge that sold for $50,000, and an immersive trip to Tuscany that sold three times for a total of $102,000. The 16th Anniversary Destin Charity Wine Auction presented by the Jumonville Family was comprised of 42 unique Live lots, seven Cellar lots, 25 Super Silent lots, and 130 Silent lots.

As the top charity fundraising event in Northwest Florida, the Destin Charity Wine Auction has been ranked among the nation’s top ten highest-grossing charity wine auctions in the country by Wine Spectator Magazine for eight consecutive years. The money raised at this year’s auction will be presented to the charity partners this fall.

More details on the date and location of this year’s check presentation will be released this summer.

The dates for next year’s Destin Charity Wine Auction presented by the Jumonville Family weekend are April 22 – 24, 2022.